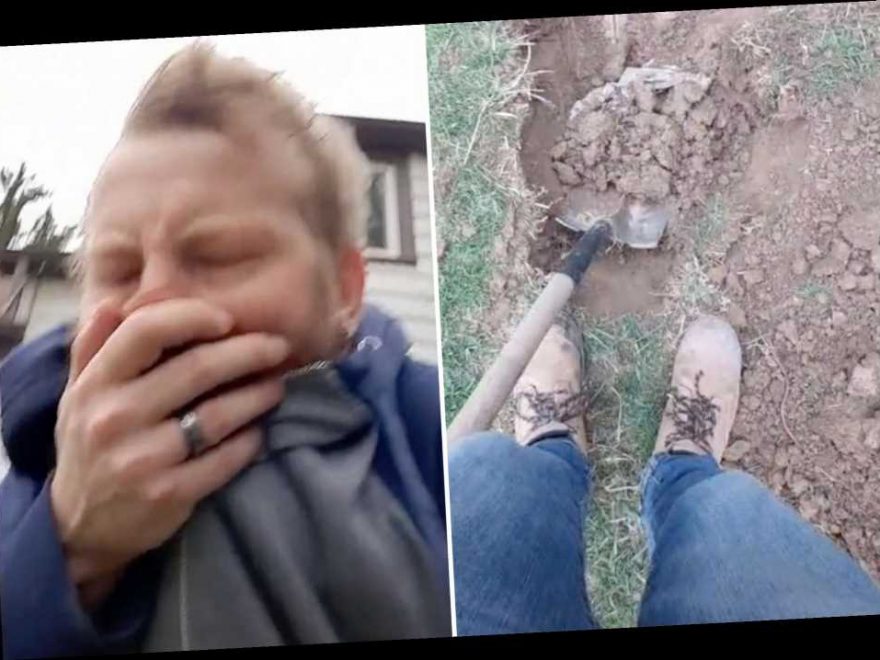 ‘Angriest octopus’ lashes out at man on Australia beach

He gave this buried treasure the heave-ho.

A man’s dream of finding hidden riches in his backyard quickly evaporated — and left him gagging in a now-viral video — when a box he dug up turned out to be a septic tank. A clip of the fecal Rickroll currently boasts 5 million views on TikTok.

“I was doing some gardening in my backyard today, and I uncovered some sort of crazy, secret concrete box in the ground,” intones user @tonyhuismanlp in the clip, which shows him exhuming the mysterious object with a shovel, like it’s the Ark of the Covenant unearthed by Indiana Jones in “Raiders of the Lost Ark.”

Then comes the revolting reveal.

“You’ll never believe what I found … my septic tank,” the wannabe archaeologist says, as the video shows him holding a shirt over his mouth while coughing violently as if he’s about to hurl.

Found a secret box in the ground #cool #metaldetecting #comedy

“Umm I think it wasn’t treasure,” said another.

Of course, as some discerning TikTok users observed, the video seemed a little too good to be true.

Indeed, Huisman reveals in a subsequent clip that he knew that the object was a crap coffin when he started digging.

“So, I actually did need to dig up the septic tank because it did need to be pumped,” he says. “I just thought I’d make a video out of it.”

Reply to @hoodietvent Thought we was on city sewage. Hopefully this answers everyone’s questions from the previous video #septic @wellandsepticlife

The dung digger said he only discovered recently that he had a septic system, despite living at the property for six years.