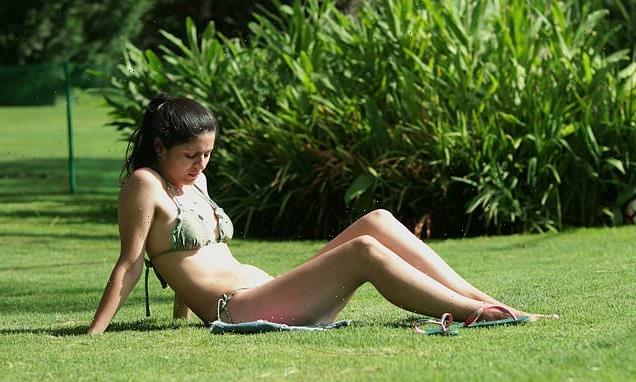 A woman has received an angry complaint from a male neighbour who threatened to report her for ‘anti-social behaviour’ for sunbathing in her bikini in a communal garden.

The 29-year-old male resident, who lives in the UK, took to Reddit and explained how her lying ‘half naked’ outside the apartment looks ‘tacky’ and says it may result in the apartments ‘losing value.’

Clearly irate about the situation at hand, he went on to ask forum users whether he had been unreasonable for telling the woman that the garden – which she believed was communal but he says is ‘purely ornamental’ – was ‘not to be used in this way’.

And it wasn’t long before people jumped to the woman’s defense, with one writing: ‘Taking a picture of a woman in a bikini AND DISTRIBUTING IT is definitely more antisocial than…sunbathing where you live.’ 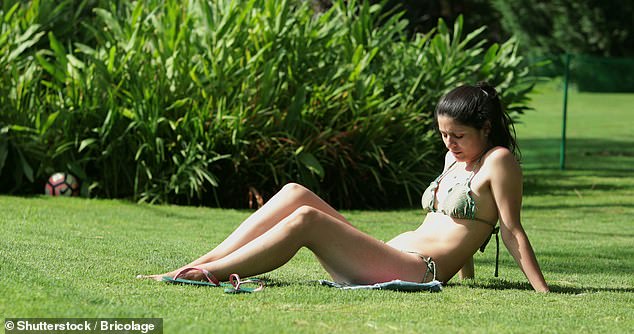 An anonymous angry neighbour, from the UK, has taken to Reddit and threatened to ‘report’ a woman for ‘anti-social behaviour’ after she has done nothing more than sunbathe in her bikini in the ‘communal garden’ outside the residents

In the initial post, the man penned: ‘We have been experiencing a heatwave and for the last four days, I have noticed a woman sunbathing on the grass.

‘She brings a blanket and a book and is out there for hours, reading in a bikini top and shorts. On the first day, I asked her if she lived in the building and she said she did, having recently moved in.

‘Later on, I saw her access the building with keys so I don’t think she was lying. She was literally out there from 10am till 4pm.’

He continued: ‘Today, I saw her again and let her know that the gardens weren’t to be used in that way.’ 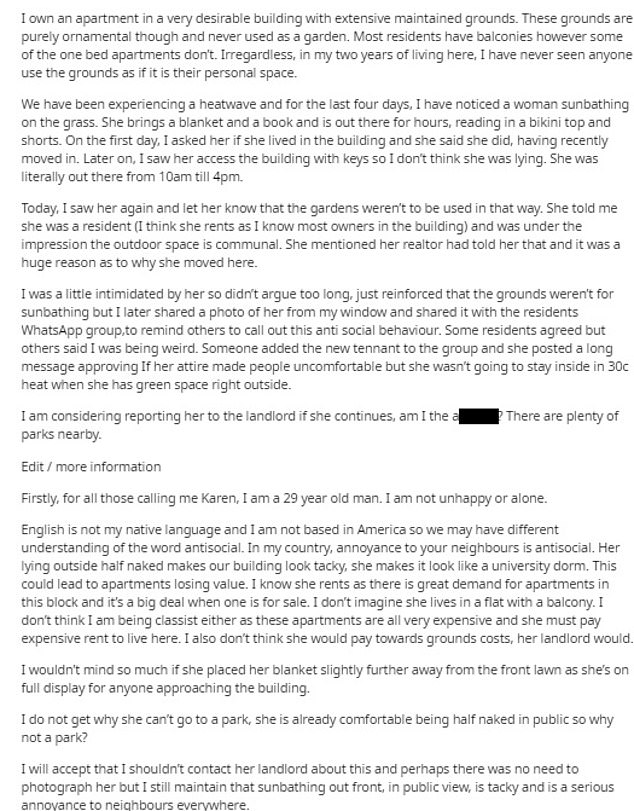 The man, who says the grounds are ‘extensive’ and ‘maintained’, went on to explain that in his two years of living there, he’s never once seen anyone use the grounds as if it is their ‘personal space.’

He decided to take the matter one step further by taking a photograph of the woman in her bikini from his apartment window, before posting it in the local WhatsApp group in a bid to ‘remind others to call out this anti social behaviour.’

However, he revealed the move proved controversial, adding: ‘Some residents agreed but others said I was being weird.’

To make matters worse, the woman in question was also added into the group chat, leading her to response that ‘she wasn’t going to stay inside in 30c heat when she has green space right outside.’

In an additional edit to the post, the man in question went on to clarify that English isn’t his native language, and that in his country, ‘annoyance to your neighbours is antisocial.’

Taking to the comments section, one person penned: ‘Why is her sunbathing in communal space bothering you? Also how is her behavior antisocial? If anything yours is!’ (pictured)

But it’s no surprise that people were quick to take to the comments section to point out that it was he who was in the wrong.

‘Why is her sunbathing in communal space bothering you? Also how is her behavior antisocial? If anything yours is!’ wrote one.

A second penned: ‘Unless there’s a specific rule that she’s breaking, you need to mind your own business. You sound like the busybody neighbor that people tend to dislike. Reporting her for being antisocial? What? Ridiculous.’

Meanwhile, a third added: ‘It sounds like OP got used to the gardens being empty, so now this woman being out there makes them uncomfortable. But they don’t want to put it that way, so they’re calling it “anti social”. Literally all she’s doing is reading a book in the sun. OP needs to relax.’

Another commented: ‘And taking pictures of her and haranguing her constantly. There is a valid complaint here. On the part of this poor woman just trying to catch some rays from a space she’s allowed to use.’

Another person penned: ‘You should mind your own business and worry about yourself’ (pictured)