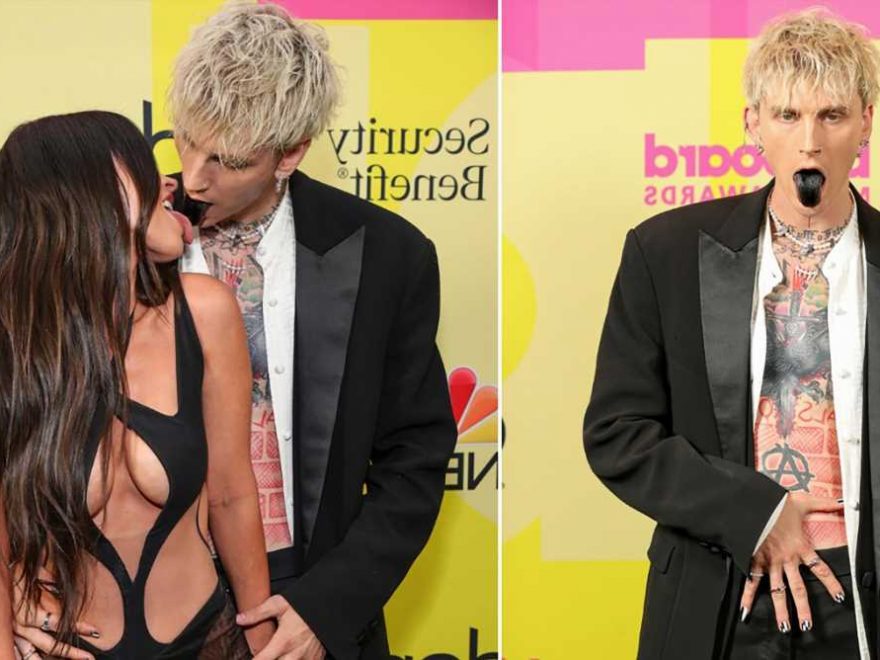 Machine Gun Kelly and Megan Fox took the plunge and packed on the PDA at the 2021 Billboard Music Awards.

The blond singer — born Colson Baker — and the raven-haired actress got some tongue action in as they walked the red carpet for the show on Sunday night.

Fox, 35, wore a black cut out dress with a sheer bottom layer that left little to the imagination. Meanwhile, Kelly, 31, wore a tux with an open shirt to show off his tattoos.

He also flaunted his “special accessory” for the night — his tongue that was painted black. His body part matched his manicure for the night as well. 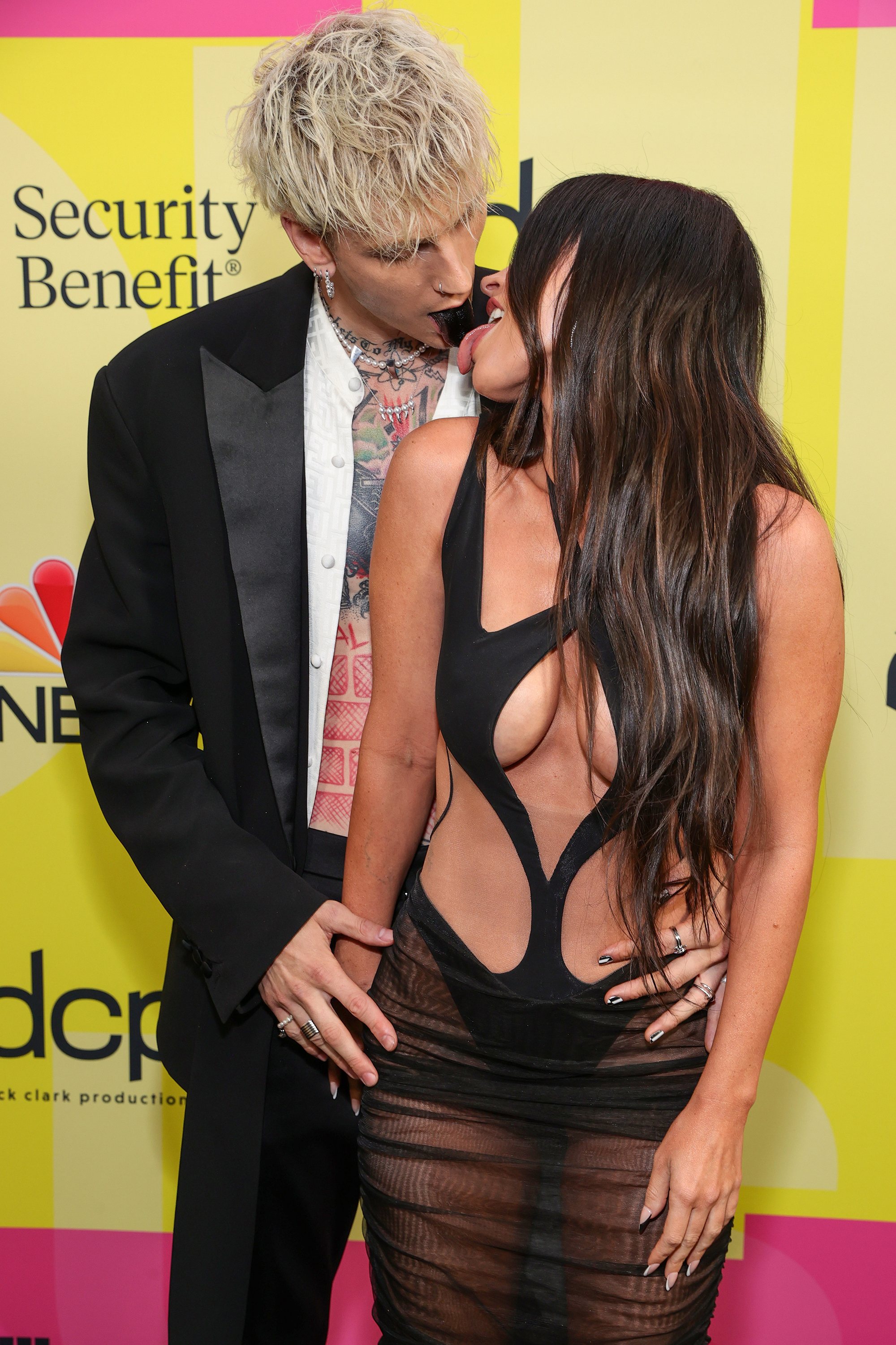 While accepting the award, he thanked thanking his fans, his family, his management and band and Travis Barker before turning to Fox to give her a shout out as his “twin soul who showed me love”

She previously referred to Kelly as her “twin flame.”

Kelly is also nominated for Top Rock Song for “my ex’s best friend.” 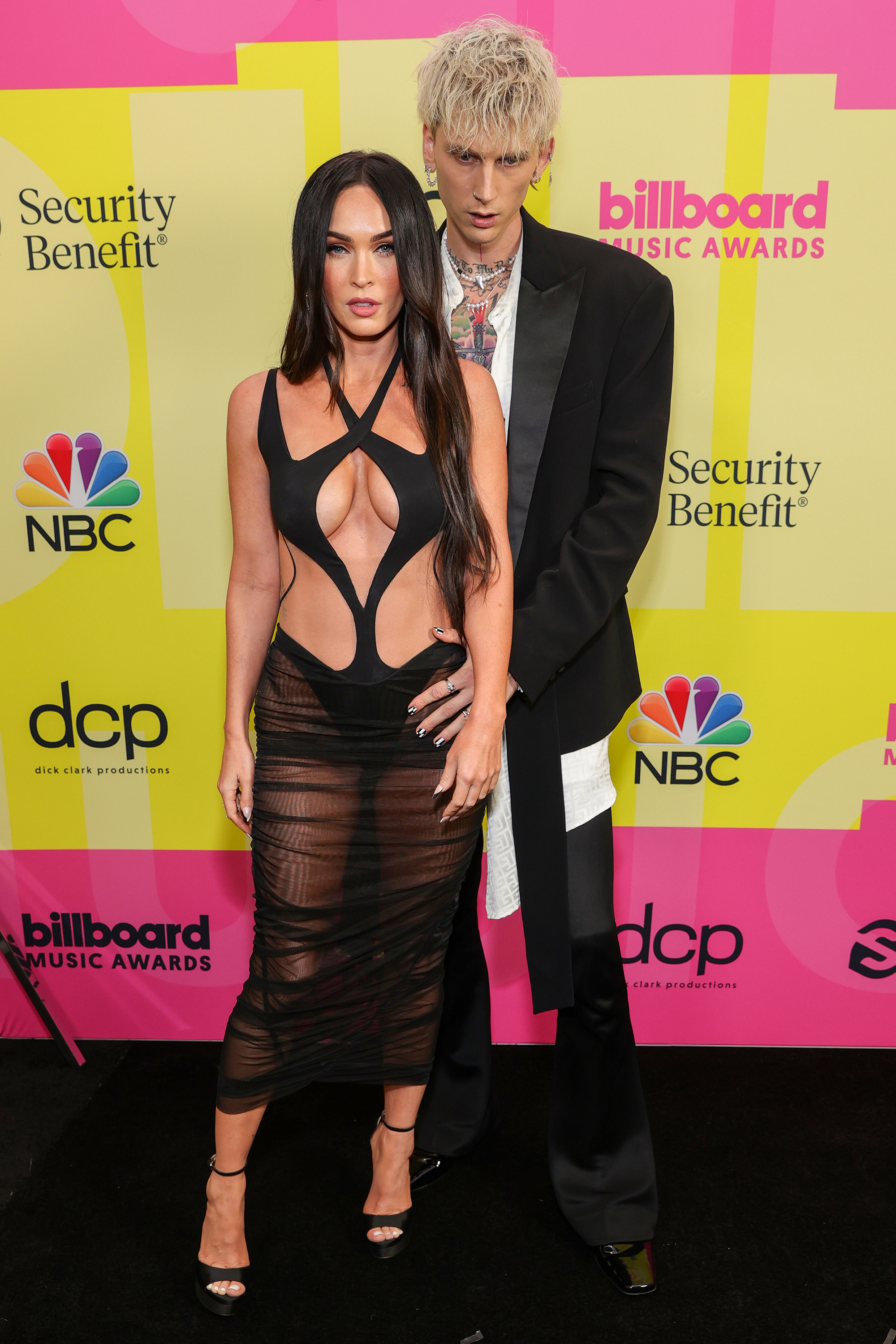 Fox’s dark look was a stark contrast from the red pantsuit and bra look that she wore for a date night with the “Bloody Valentine” singer earlier this month.

The duo — who met while filming “Midnight in the Switchgrass” and were first spotted out together in May 2020 amid her split from Brian Austin Green — was not the only celebrity couple to pack on the PDA at the show.

Priyanka Chopra and Nick Jonas were flirty on the red carpet ahead of his hosting duties for the night.

The Billboard Music Awards are airing live from Microsoft Theater in Los Angeles. 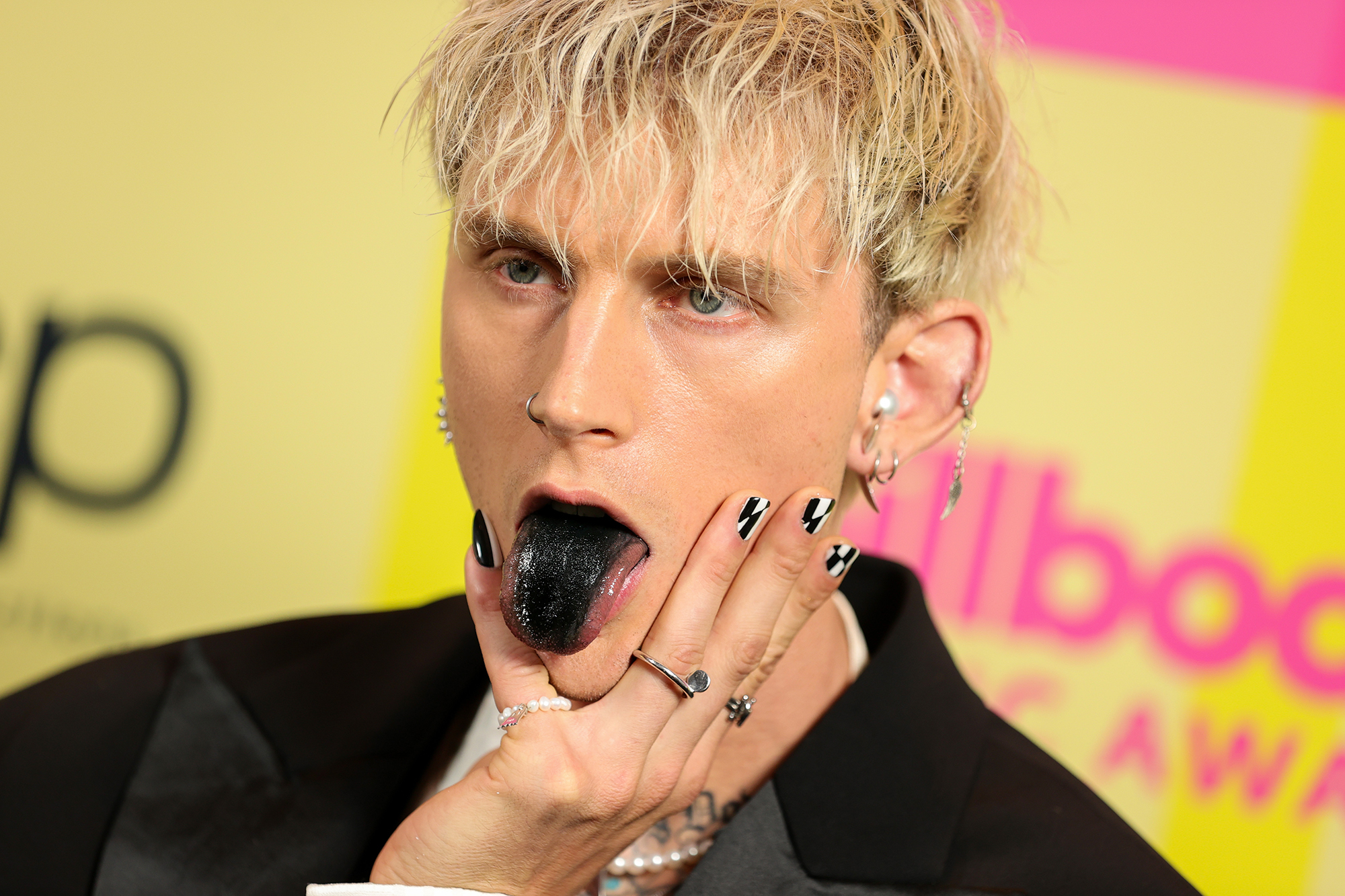