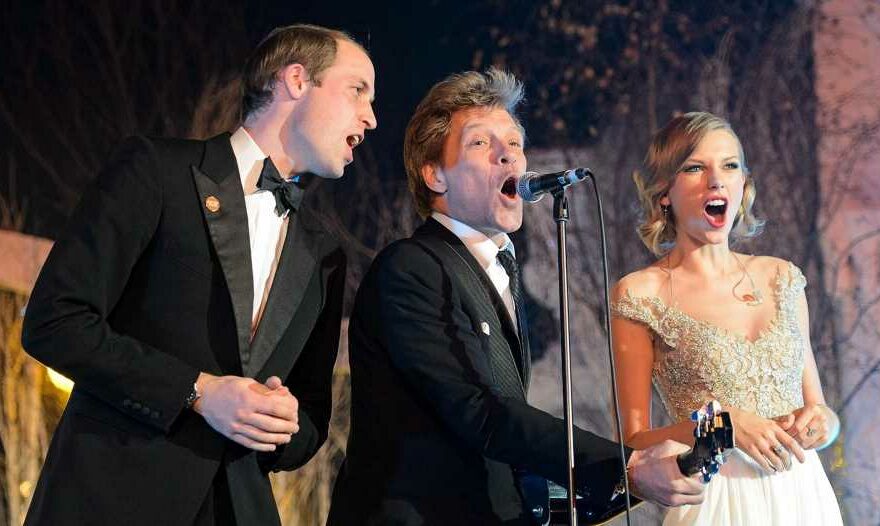 Fond memories. Prince William initially made headlines after his impromptu musical collaboration with Taylor Swift and Jon Bon Jovi in November 2013, and he’s finally explained how he ended up so “out of his comfort zone.”

Prince William and Duchess Kate’s Sweetest Moments With Their Kids

“So, around about – it must be nearly 10 years ago now – I can’t believe I’m actually telling this story. I went to a charity fundraising gala for Centrepoint, which is a young homeless charity that I am very fond of and have supported for many years,” the Duke of Cambridge, 39, recalled on the Monday, December 6, episode of the “Time to Walk” series for Apple Fitness+. “It’s an annual fundraiser, and I turn up, and Jon Bon Jovi and Taylor Swift are at the event, which nearly knocked me off my feet.”

While the England native initially thought he’d make his planned speech before having a relaxed evening eating a nice dinner and watching the musical icons perform their greatest hits, he couldn’t imagine he’d be up on the stage beside them.

“I’m sat next to Taylor Swift, she’s on my left, and after Jon does his first song, there’s a pause, and she turns to me. She puts her hand on my arm, looks me in the eye, and says, ‘Come on, William. Let’s go and sing,’” the father of three — he shares Prince George, 8, Princess Charlotte, 6, and Prince Louis, 3, with wife Duchess Kate — explained via ET Canada. “To this day, I still do not know what came over me. Honestly, even now, I’m cringing at what happened next, and I don’t understand why I gave in. But, frankly, if Taylor Swift looks you in the eye, touches your arm, and says, ‘Come with me.’ I got up like a puppy and went, ‘Yeah, OK, that seems like a great idea. I’ll follow you.’”

He continued: “I walked up on stage in a trance, and then sort of halfway through Jon Bon Jovi’s ‘Livin’ On a Prayer’ song, I wake up, and I’m thinking to myself, ‘Am I standing on the stage singing ‘Livin’ On a Prayer’ when I don’t even know the words,’ but the Centrepoint young guys and girls were there, all loving it and cheering away. So I thought, ‘Well, if they’re enjoying it, then the night is for them. So sod it. I can’t be the doofus who’s going to ruin it for everyone.’”

While William was nervous to publicly sing — and to remember the 59-year-old crooner’s lyrics — he was ultimately glad to take that step out of his comfortable boundaries.

Celebrities Who Love the Royal Family

“At times, when you’re taken out of your comfort zone, you’ve got to roll with it,” the University of St. Andrews alum added. “And I think we’ve gotten to the stage in this life where we do micromanage ourselves. We do worry about: How do we look on social media? Who said what about me? What am I wearing? There’s so many pressures, but I think making a fool of yourself is OK. It’s OK to not take yourself too seriously and have those moments where you let go and you just go, ‘Do you know what? I’m OK with this.’” 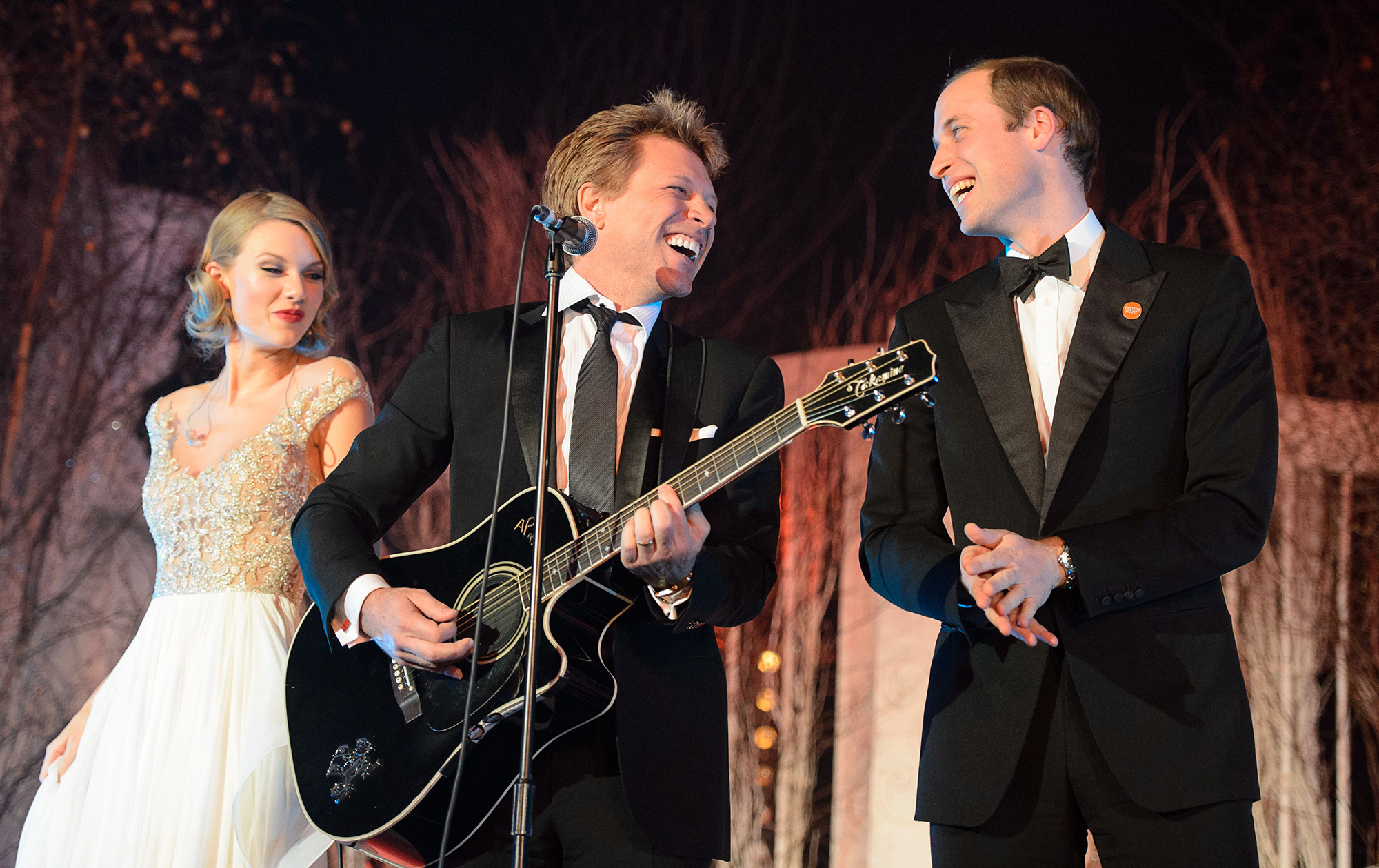 The Winter Whites Gala in Aid of Centrepoint, in which William’s been the patron since 2005, was the 31-year-old “Lover” songstress’ first royal gathering. While there, she had the opportunity to belt a medley of her popular hits. During the festivities, she couldn’t help but gush over the magical experience.

“Oh my God, this is so incredibly exciting to be performing at Kensington Palace,” the Cats actress told Us Weekly upon her arrival at the time. “With the snow, the lighting, the decorations, it’s all so Christmas-y. It’s kind of surreal, right? I’m at a palace! I’m just soaking it all in. It’s going to be a great night.”