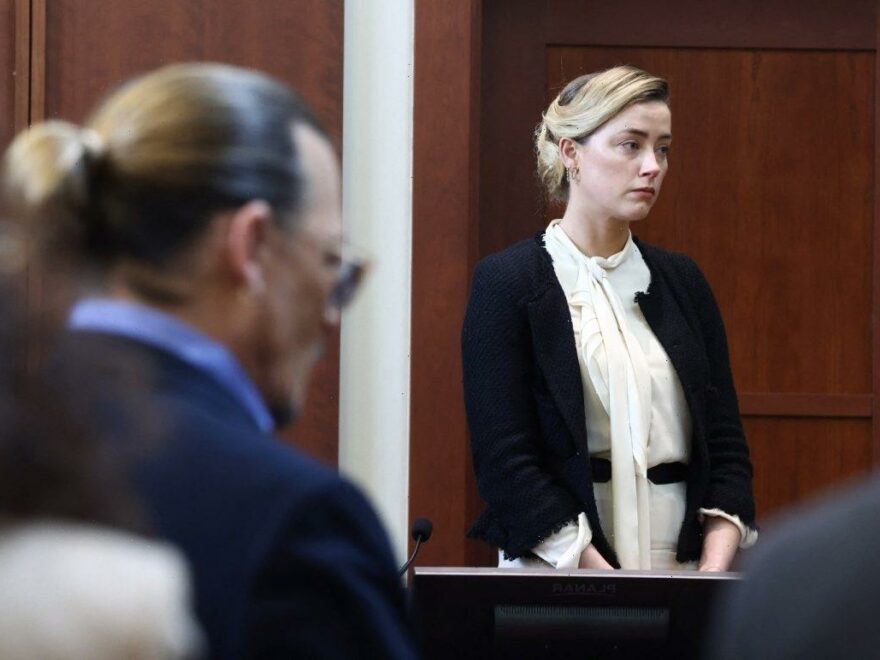 The Johnny Depp and Amber Heard trial continues to push on. Many folks around the world are closely following the live-streamed spectacle, but others are growing tired of the media frenzy. Legal experts are weighing in on the Depp and Heard trial and are explaining why they believe that it won’t result in any true winner.

Variety spoke with a variety of legal experts, who voiced their perspectives on the Depp and Heard trial. Attorney Jon Katz is the first mentioned in the article. He can see the “media spectacle” from his office window in the Fairfax County Courthouse in Virginia. He called it the biggest case that he can recall in his 20-year career, as fans stand outside of the courthouse hoping to catch an eyeful of Depp.

However, Katz doesn’t want to see either Depp or Amber win. “I want a verdict against both of them,” he stated. The trial continues to earn an abundance of social media engagements as a result of the live stream. After all of the information presented in court thus far, legal experts aren’t so sure that the law itself will ultimately win in the Depp and Heard defamation case.

UCLA law professor Eugene Volokh emphasized to Variety that the Depp and Heard case isn’t particularly intriguing as far as the law is concerned. The law isn’t going to change in any way as a result of the defamation trial, as he said that it’s a very “basic” case.

“It seems like a pretty basic libel claim,” Volokh said. “It’s all about the facts. I haven’t seen anything that would actually affect the law.”

Heard’s op-ed in question didn’t state Depp by name, but he alleged that it destroyed his career because it was strongly pointed toward him. However, Davis Wright Termaine LLP attorney Jack Browning isn’t very confident that the trial will help in future celebrity cases.

“Will this case be broadly applicable to clients in the media?” Browning said. “It’s not obvious that it will.”

Entertainment lawyer Mitra Ahouraian also weighed in on if the Depp and Heard trial will have a real winner. The trial’s public spectacle certainly weighs heavy on how the two actors are trying to appear in front of both the jury and the world.

“This lawsuit was brought for Johnny to win the court of public opinion,” Ahouraian said. “He’s using the courts as a platform to have his side heard.”

However, she doesn’t believe that it will ultimately prove to have much use. “Neither side is going to win,” Ahouraian stated.

Many spectators already declared who they believe will be the winner in the Depp and Heard trial. Regardless of the court’s verdict, it’s clear that the public is largely behind Depp. The hashtag #JusticeForJohnny continues to go viral across social media along with memes and various clips from the trial.

However, the world will have to wait to see how the Depp and Heard defamation case will impact the law moving forward.