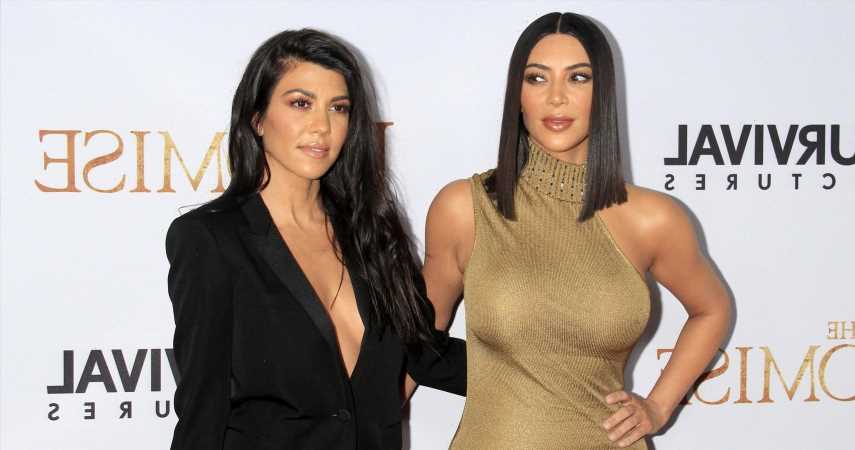 Kourtney Kardashian has been in the spotlight as a result of the family’s famous, long-reigning reality TV show, Keeping Up With The Kardashians. However, even those who just casually tuned in to the show over the years were able to tell that Kourtney was very reluctant to be in the spotlight. She took a number of ‘breaks’ from the show, and held back on several details pertaining to her personal life, opting to leave them out of the show. This caused a lot of controversy between her and her sisters, seemingly making Kourtney even more reclusive. As each member of the Kardashian- Jenner clan took to social media to blast their independent businesses and flaunt their fortunes, Kourtney slipped into the background. Don’t be fooled though, Inspiration Feed reports that Kourtney Kardashian went on to quietly earn many millions while her sisters soaked up the spotlight.

Kourtney continued to participate in Keeping Up With The Kardashians, and upheld her contract, in spite of holding back on some select information that she kept to herself. Among those topics was her now-famous relationship with Blink 182 star Travis Barker. She began dating Travis Barker towards the end of the last season of the show, and never brought him into the spotlight with her. Fans argued she exposed her dating life enough when fans watched her on-again, off-again relationship with Scott Disick unfold in front of the cameras. By holding back, she gave fans enough entertainment to keep up with her obligations to the show, and continued to make millions of dollars from reality TV in spite of slowly engaging less and less with filming.

RELATED: Keeping Up: The Most Successful Kardashian-Jenner Companies

What Her Family Has Been Up To:

Before we explore the depths of Kourtney Kardashian’s $65 million fortune, the amount of work that she has done and the sheer volume of projects and businesses that she has on the go, may shock you. This is of course, when compared to the blatant, in-your-face marketing that her sisters have opted for, in pursuit of their own fortunes.

Rob Kardashian’s sock business was highly promoted by momager Kris Jenner, Kim Kardashian’s endless tweets and posts about SKIMS are always front-and-center, and Khloe Kardashian has her fitness business and a trademark in place for workout equipment. Of course, Kylie Jenner is worth an astounding amount of money and has her widely popularized Kylie Cosmetics empire that helped launch her to billionaire status, and Kendall Jenner is a supermodel that commands the top spot, with an income that surpasses that of Bella and Gigi Hadid.

Kourtney’s perspective on money is different than that of her sisters. She’s not a publicity hog and frankly enjoys her privacy. When it comes to the topic of money, she told  CNBC;  “The biggest thing that my dad always told us was just that money doesn’t buy happiness. He would drill that into our heads.

Kourtney Kardashian has a whole lot of money, but she doesn’t exploit herself to earn it.

She has always been known to follow a holistically healthy lifestyle, with organic, vegan eating habits and a passion for clean living. She turned that into a very lucrative venture with her lifestyle blog called Poosh. Kourtney boasts their own line of products, recipes, and advice columns that are available for all her fans to pursue and rakes in millions through her online sales.

Kourtney’s name is so heavily attached to fame and fortune and everyone tunes in each time she posts anything online.

Of course, that provides huge appeal for those who are willing to pay her hefty chunks of money to endorse their brands and product lines. Kourtney has earned millions of dollars by endorsing items such as waist slimming pants, beauty products, and healthy drinks.

Inspiration Feed reports that she commands upwards of $300,000 for a single Social media post.

Spinoffs And Other TV Projects

Kourtney’s fame on Keeping Up With The Kardashians led to a variety of other television appearances, and spin off shows. She boasts an impressive TV-based resume, with each project paying her millions of dollars to appear.

Perhaps one of her more famous pursuits was the one that originally stemmed from her early days, and was featured and promoted on Keeping Up With The Kardashians. That is her involvement in her clothing line, D-A-S-H, which she co-owns with Khloe. Her clothing line is featured in Los Angeles, New York City, and Miami, and boasts a variety of casual and high-end looks, all of which were inspired by Kourtney Kardashian’s personal style and flair for fashion.

She has also undertaken investments in children’s retail, with the children’s boutique called Smooch, which operates in two locations, Los Angeles and New York City.

In addition to reality television, Kourtney Kardashian has also undertaken several investments, mostly in the fashion and retail industries. She partnered with her mother to establish children’s boutiques known as Smooch in Los Angeles and New York City.

Kourtney’s affiliation with the fashion industry doesn’t stop there. She has pursued ventures with Bebe Stores and has released her own sunless tanner, called Kardashian Glamour Tan.

Kourtney Kardashian keeps her business ventures separate from her personal social media profiles, and unlike her sisters, doesn’t over-promote or overwhelm fans with endless sales-pitches for her product lines.

Instead, the very private Kourtney Kardashian continues to increase her already impressive $65 million net worth by quietly earning millions of dollars while staying out of the spotlight.