Kanye West files paperwork to change his name to ‘Ye’

Could KimYe 2.0 drop before “Donda” does?

The reality star, 40, was dressed in a Balenciaga Haute Couture wedding dress as she and West, 44, exited Soldier Field together, though a source exclusively told Page Six on Friday that the exes did not “recreate” their 2014 nuptials — but rather that West just wanted Kardashian to partake in his “performance art.”

“They’ve always supported each other’s endeavors and have always collaborated and will continue to do so,” a source said. “Kim was happy to do it and will always support Kanye.”

In a clip shared by a fan account online, West — who was dressed in all black, including a face covering — can be seen helping escort his soon-to-be ex-wife after the performance so that she doesn’t trip over her lengthy gown.

The pair — who share kids North, 8, Saint, 5, Chicago, 3 and Psalm, 2 — have continued to put on a united front in recent months despite Kardashian filing for divorce earlier this year. 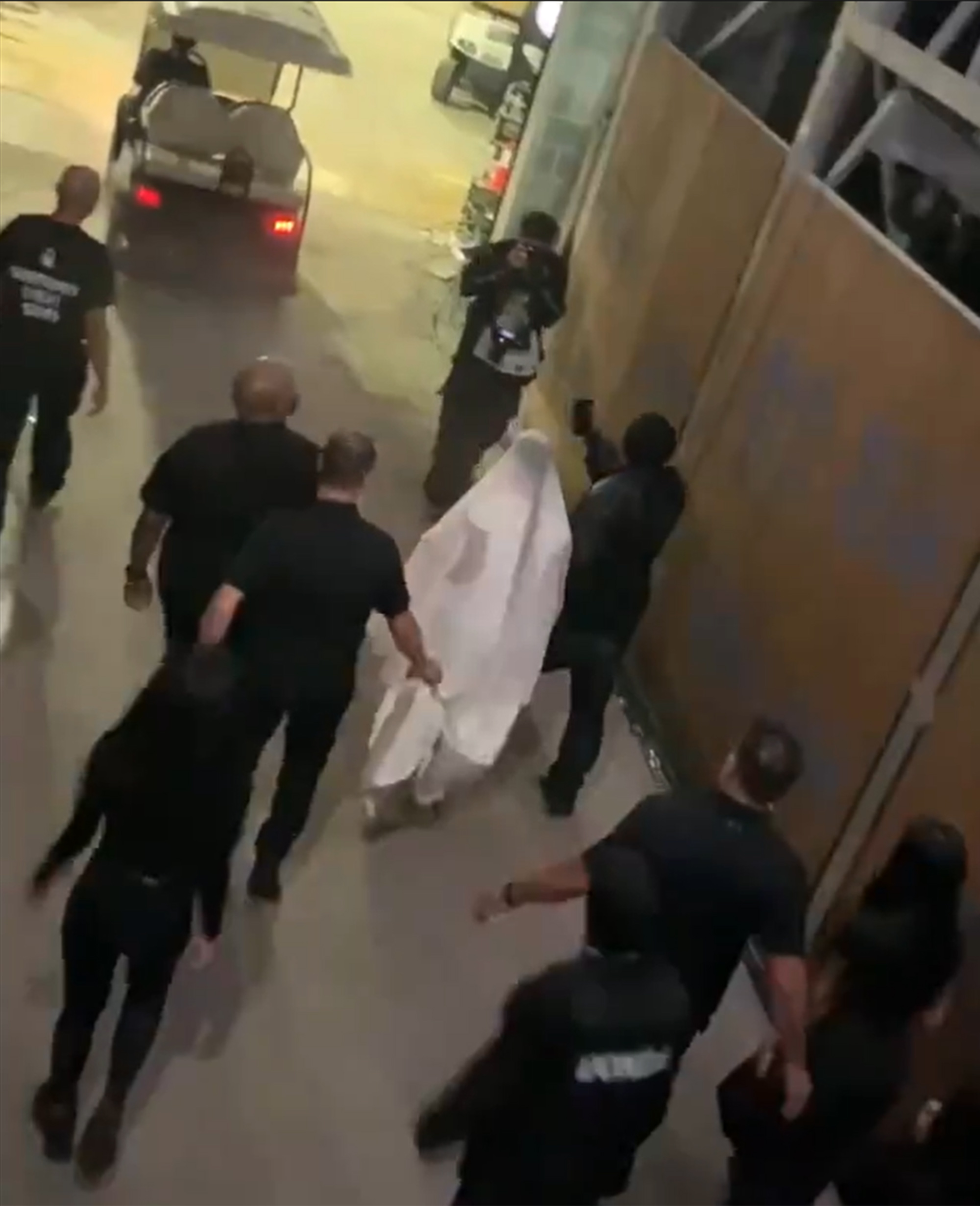 In July, the “Keeping Up With the Kardashians” star showed up to West’s first “Donda” event in Atlanta, matching his all-red Yeezy outfit in a Rick Owens jumpsuit. She then brought the couple’s kids — in matching black outfits — to a second “Donda” event earlier this month.

An insider told E! News earlier this week that Kardashian doesn’t even have plans to drop “West” from her legal name “because West is the kids’ last name.”

“It makes it easier and not confusing for them,” the source added. “They are always going to be a family and family unit. She feels like it’s in the kids’ best interest to all have the same last name.” 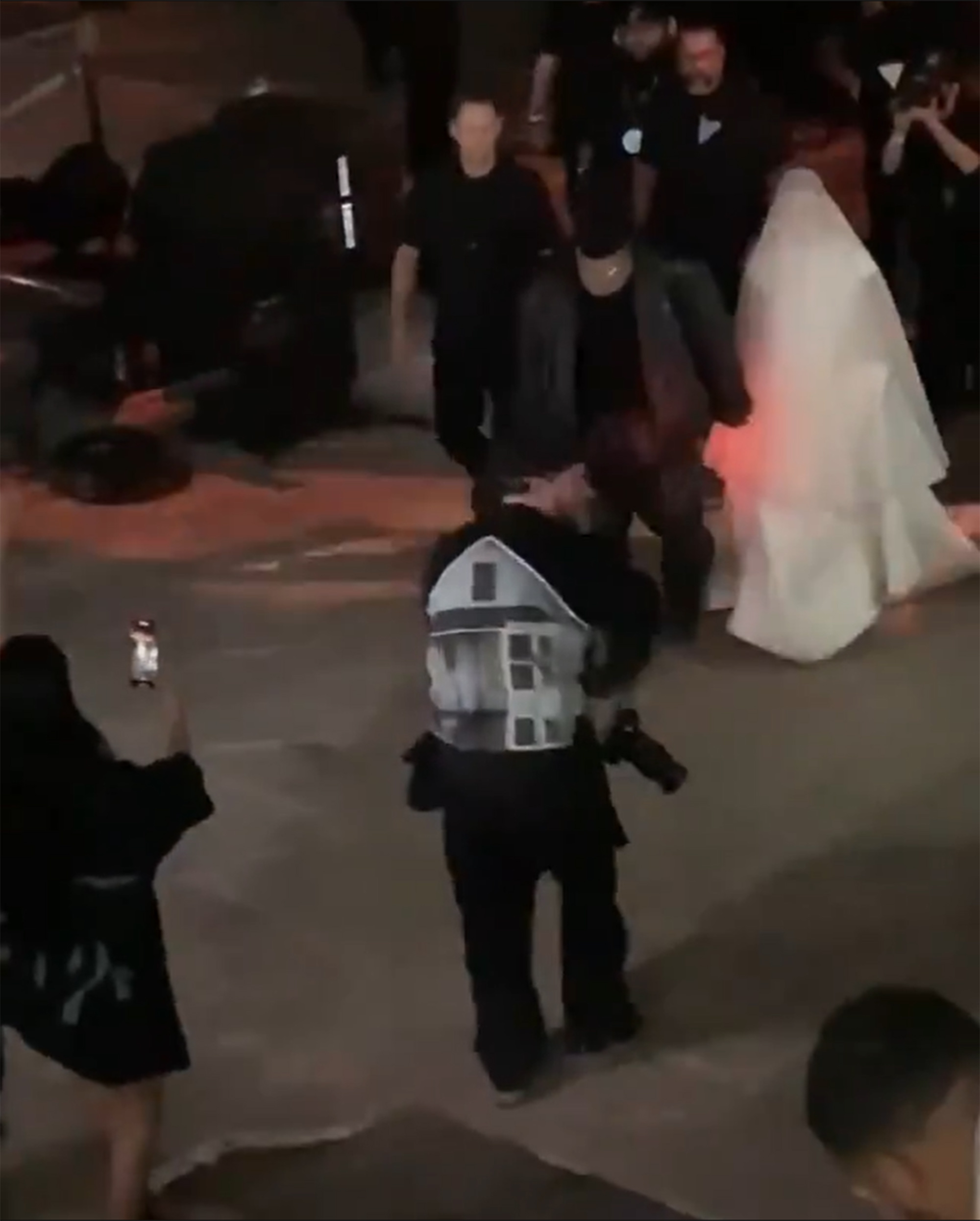 Neither Kardashian nor West have moved on romantically with any new partners yet — although the “Jesus Walks” rapper had a brief fling with model Irina Shayk in July.

A source had previously told us in April that Kardashian is “not looking to jump into anything but is keeping an open mind.”

The KKW Beauty CEO said of West at the “KUWTK” reunion special in June, “I will forever be Kanye’s biggest fan. He’s the father of my kids. Kanye will always be family.”

Reps for Kardashian and West did not return requests for comment.