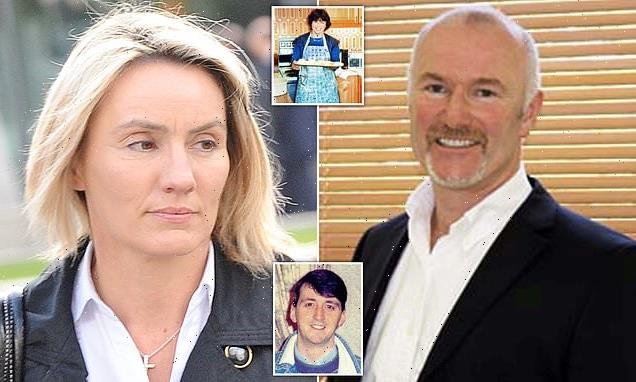 Accomplice of killer dentist Colin Howell, who murdered their partners and faked a double suicide, speaks out for the first time from her prison cell, saying she was too terrified to confess and he ‘held all the power’

The accomplice of killer dentist Colin Howell has spoken out for the first time from her prison cell about their relationship, saying he ‘held all the cards’ and she was too terrified of him to confess to their crimes.

Stewart is currently serving 18 years in Hydebank Prison in Belfast for her part in the murder, which saw their spouses found dead in May 1991, slumped in a parked Toyota with a pipe running from the exhaust into the car in an apparent double suicide.

Howell was convicted in December 2010 and sentenced to a minimum of 21 years. Stewart denied everything, saying she was an innocent pawn but Howell revealed they had plotted the murders together, telling the jury: ‘I may have been the lead partner in the waltz but Hazel was dancing in cooperation.’

Stewart, a 58-year-old mother-of-two, who was a Sunday school teacher when she fell for lay preacher Howell, finally broke her silence this week, telling the Belfast Telegraph this week that she had been ‘naive’. 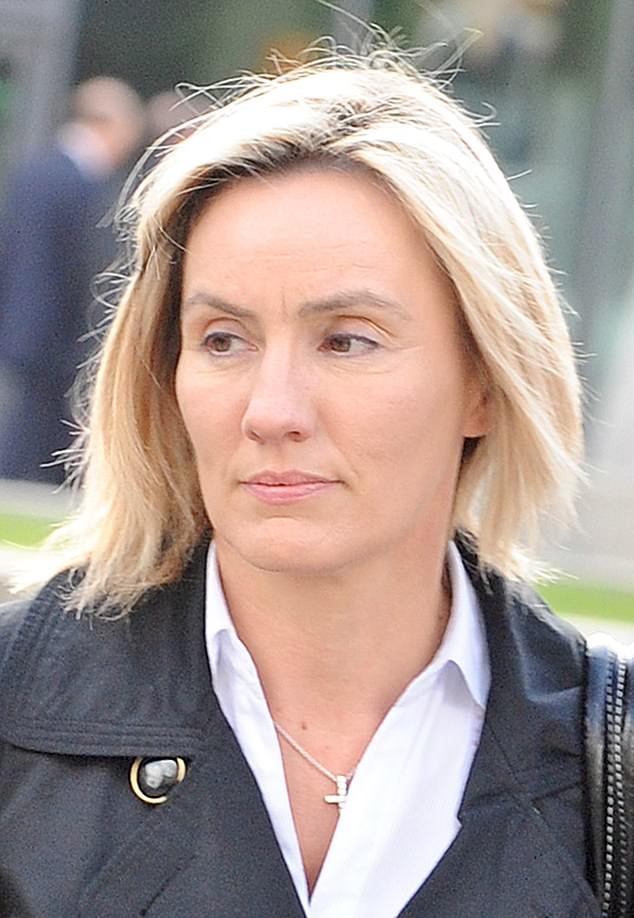 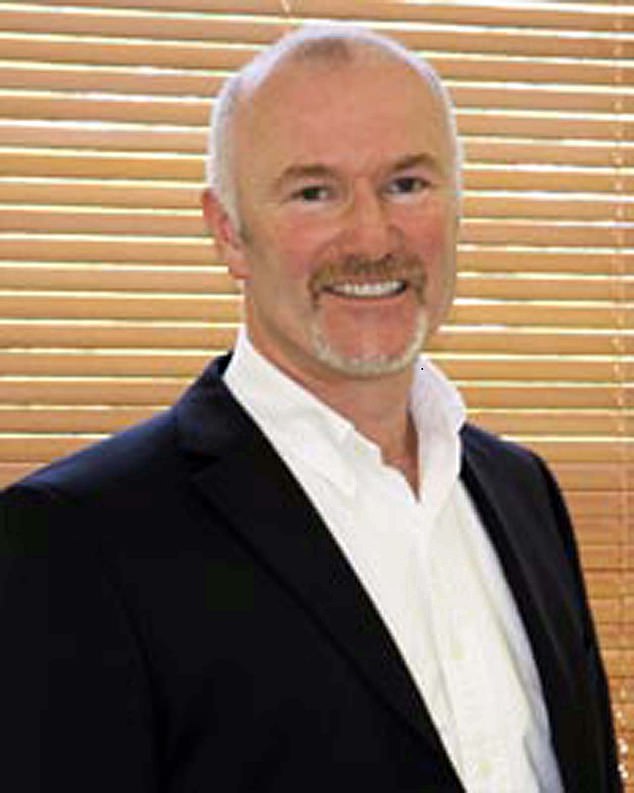 Colin Howell is currently serving 21 years for faking the double suicide of his wife Lesley, 31, and Stewart’s husband Trevor, 32, in 1991. In 2016, ITV made a drama based on the murders, The Secret, starring James Nesbitt 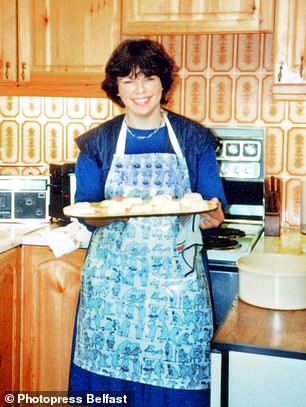 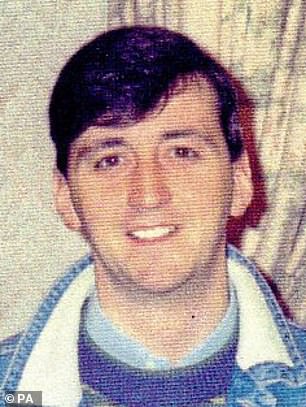 Lesley Howell, a nurse aged 31, was killed alongside Helen Stewart’s husband in 1991. Right: Police officer Trevor Howell, who was murdered aged 32 in 1991

She told the newspaper: ‘People say “why did you let it go on so long, why did you not leave” and I think that was the reason.

“I felt totally isolated, couldn’t talk to my family, I could talk to nobody.’

She added that she was ‘too scared’ to confess, revealing: ‘I was living a life of trying to have him think it was okay, but couldn’t do anything, I couldn’t walk away, because what was he going to do to me, what was going to happen to me?”

To the parishioners of Coleraine Baptist Church in Northern Ireland, Colin Howell, 32, was a model citizen. A respected dentist, father-of-four and lay preacher at the church, he often played guitar during Sunday services.

So, too, was Stewart, a 27- year-old mother of two who helped run the Sunday school.

Many believed Howell’s wife Lesley, a nurse, and Stewart’s husband Trevor, a policeman, had taken their lives because they were having an affair.

Others, however, knew the tale was darker. Namely, it was Colin and Hazel who were having the affair, and their two spouses could not bear the betrayal any longer. 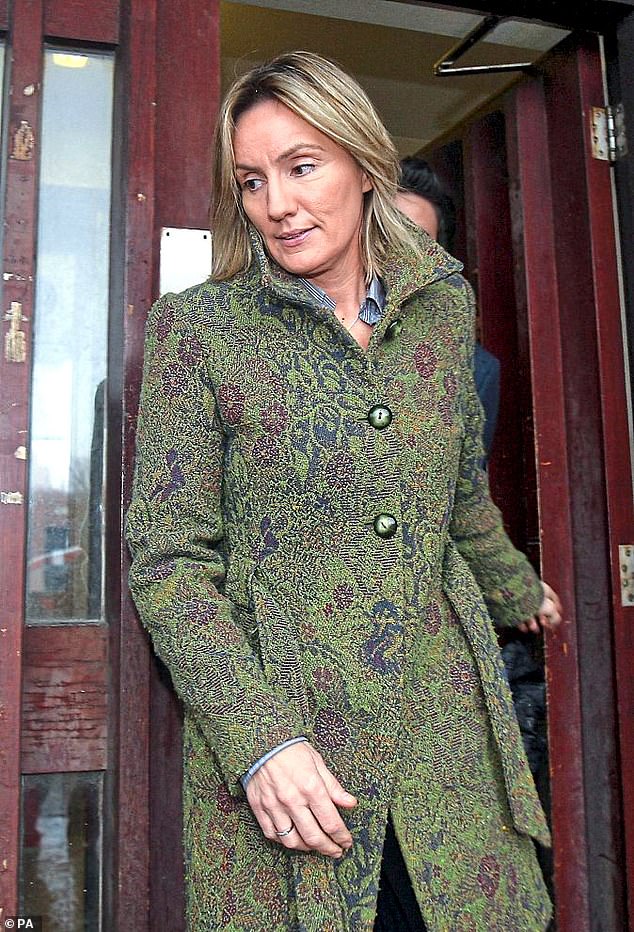 ‘I felt totally isolated, couldn’t talk to my family, I could talk to nobody’ Stewart, pictured at her trial in February 2011, told the Belfast Telegraph this week 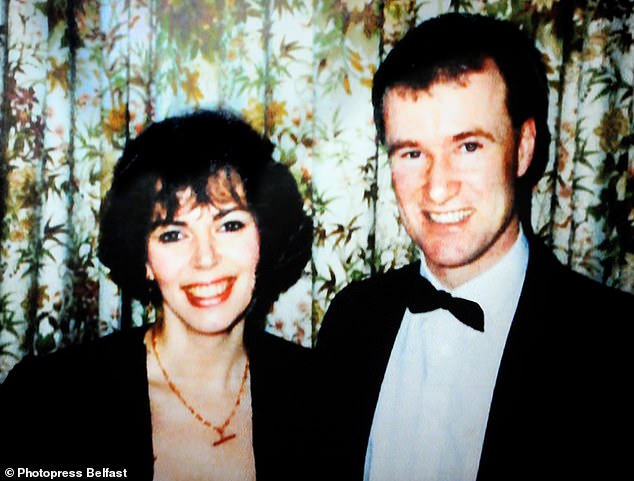 Howell, a religious man, pictured with his wife Lesley before her murder at his hands in 1991. It would be almost 20 years before he was convicted for the crimes

No one, however, suspected the real truth, a dark secret that lay hidden for 19 years. Despite their outward appearances as God-fearing parents, Howell and Stewart were not just lovers but ruthless killers.

The two of them plotted to get rid of their spouses and dress it up to look like suicide so that they could spend the rest of their lives together. And they nearly got away with it.

The couple met at swimming lessons organised by the church. He said he was teaching Stewart the front crawl when he apologised for not having ‘innocent thoughts’ about her.

He said she replied, ‘Well I’m not that innocent myself…’ Later, when he went to her house to teach her guitar, Howell claimed she answered the door in a short denim skirt and sleeveless low-cut blouse.

‘I knew I wasn’t there for guitar lessons,’ he would later tell a court. The two started an affair that took place not just in their homes but in the dentist’s chair in Howell’s surgery. 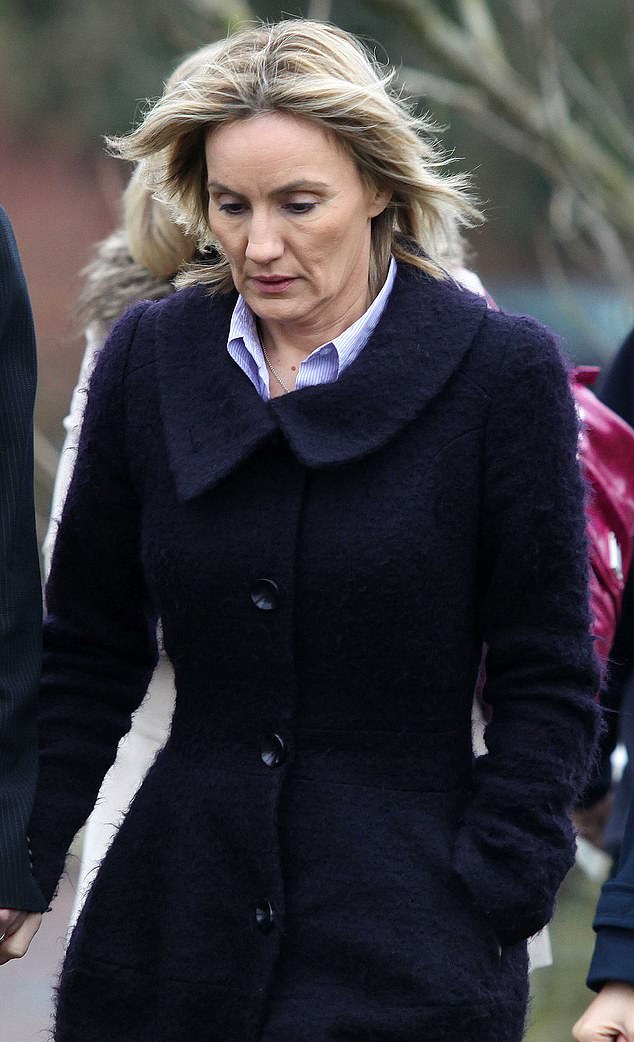 Stewart became pregnant, and not knowing if the baby was her husband’s or her lover’s, Howell pressurised her to have an abortion — taboo in their Baptist church and illegal in Northern Ireland at the time.

When Lesley discovered the affair she was so distraught she attempted suicide — more as a cry for help than a serious bid to end her own life. Her husband, however, discovered her suicide note and was inspired to plot his deadly plan.

On the evening of May 18, 1991, the day of his youngest son’s second birthday, Howell put a hockey stick under the door of his children’s bedroom to stop them escaping. He then drugged his wife, who was asleep on the sofa, ran a hosepipe from the exhaust of his car through the house and placed it in her mouth.

When she woke, struggling for breath, her husband suffocated her with a cushion. Howell then phoned his lover to say: ‘I’m finished with Lesley. Is everything ready?’

With his wife’s body in the boot, he drove to Stewart’s house, where she had already drugged Trevor with a tuna sandwich laced with tranquilisers — a dosage that Howell had carefully mixed in his dentist’s practice.

Trevor also woke up as he was attacked; Howell had once again run a hosepipe from the car parked outside. There was a scuffle, but Howell forced the hose into his victim’s mouth and watched as he died , while his lover stood outside the front door listening. Howell then drove both bodies to an empty property once owned by Lesley’s father, a few miles away. 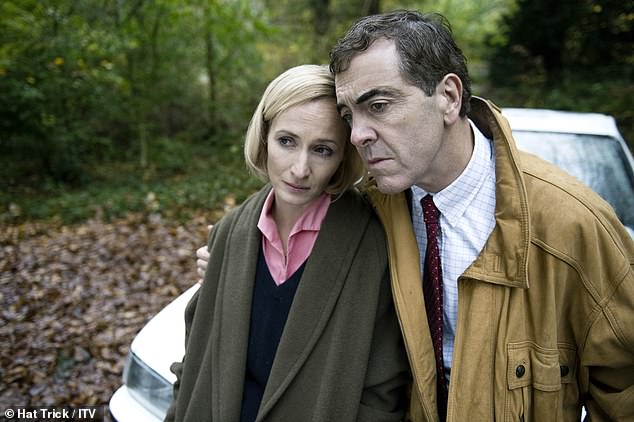 He arranged the bodies, ran the pipe from the exhaust, scattered photographs of his and Lesley’s children around her body, and in a particularly cynical twist he placed in her hands a Walkman playing religious songs.

He then hopped on a bicycle he’d hidden nearby and cycled home. In what he thought was a masterstroke, he hid the old suicide note so that it could be discovered in their home.

The next day he reported his wife missing. Howell and Stewarthad got away with it. They kept their relationship quiet for three years before going public. But by 1996 the fling had fizzled out.

Howell met an American divorcee and had five more children. Stewart married another policeman. But Howell had a guilty conscience that he couldn’t shake.

His eldest son Matthew, 22, had died in an accident and he had lost £350,000 in a scam. He believed God was punishing him and decided to confess – sparking the 2011 trial and the former couple’s eventual conviction.