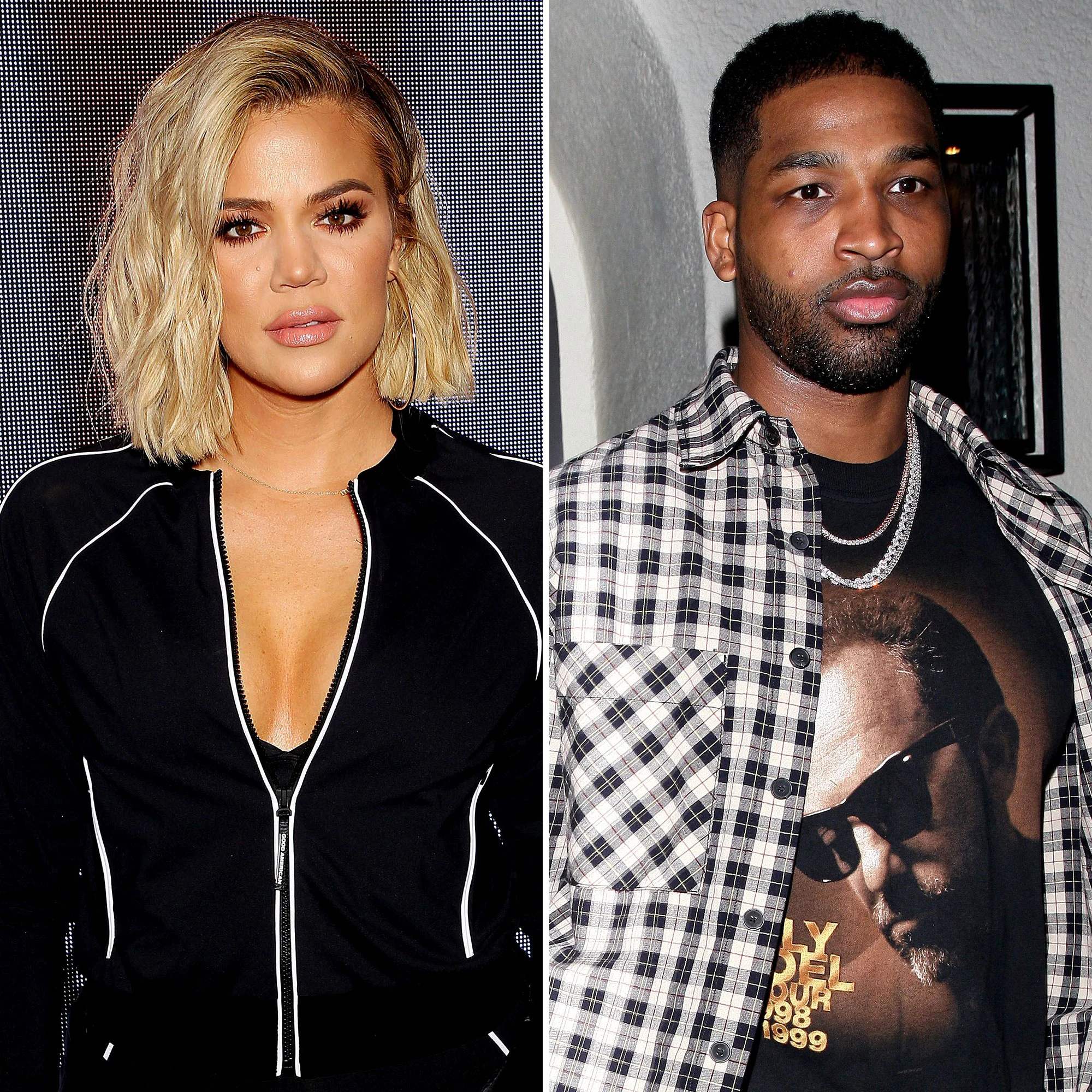 Another layer to the drama. Khloé Kardashian and Tristan Thompson were secretly engaged for nine months before their 2021 split, Us Weekly can confirm.

The Revenge Body host, 38, revealed during the Thursday, September 28, episode of The Kardashians that she turned down the NBA star, 31, when he initially proposed in December 2019.

“I said I need to make sure this is a totally different relationship because I want to be proud to say I am engaged to anyone,” Khloé told sister Kim Kardashian about why she didn’t accept the proposal. “That is why I said, ‘I am not comfortable accepting this because I am not excited to tell my family.’ And as hurtful as it was for him to hear it was the truth. I would never accept something and give someone false hope.”

Kim, 41, for her part, recalled getting a call from the basketball player about his plans to get down on one knee.

“I will never forget Tristan calling me and he was going to propose to her on Valentine’s Day. Which was about a year since they had drama. So this is, like, last Valentine’s Day,” the Skims founder told cameras, seemingly referring to February 2020. “And then I called him the day after and said, ‘I never heard anything from Khloé. Did you propose?.’ And he was like, ‘Oh yeah, I did in December.’ She didn’t tell us.”

However, a source tells Us that Khloé said “yes” when Thompson asked a second time in February 2021.

The former couple started dating in September 2016 and announced that they were expecting a child together one year later. Days before daughter True’s arrival in April 2018, however, Thompson was caught cheating on a then-pregnant Khloé with multiple women.

While the pair initially stayed together throughout the scandal, they called it quits in February 2019 when the Canada native kissed Kylie Jenner’s former BFF Jordyn Woods. Us broke the news in August 2020 that the duo rekindled their romance amid the coronavirus lockdown, but they split again the following June. In late 2021, the twosome gave their relationship one more try before calling it quits for good.

Prior to their final breakup, the Strong Looks Better Naked author and Thompson successfully conceived a second child via surrogate in November 2021 — just days before Kim, 41, discovered that the former Boston Celtics player was being sued for child support by Maralee Nichols, who claimed she got pregnant after hooking up with him in March 2021

Us exclusively revealed in December 2021 that Nichols gave birth to son Theo. One month later, Thompson confirmed that he is the father after previously requesting genetic testing.

During the September 22 premiere of her family’s Hulu show, Khloé addressed the scandal and her emotional state of mind as she prepared to welcome her second child, a baby boy.

“This was my life for six years and we weren’t just a couple. We were best friends and he was my workout buddy,” she explained on the episode. “We did all these things together and so learning how to undo all these things takes time. Just because someone does you dirty doesn’t mean you fall out of love with them instantly.”

In the final moments of the premiere, the Keeping Up With the Kardashians alum and the former Cleveland Cavaliers star welcomed their son.

“Ever since December, it’s been this dark cloud looming over me,” Khloé said in the episode. “Every single day, I’ve been feeling depressed and sad, and now that my son is here, I get to move on, and I get to enjoy. It’s almost like I get to close that chapter and be done with this trauma and put it behind me. Now I finally get to start the healing process. Now I get to start enjoying my life with two kids in it and figuring this out.”