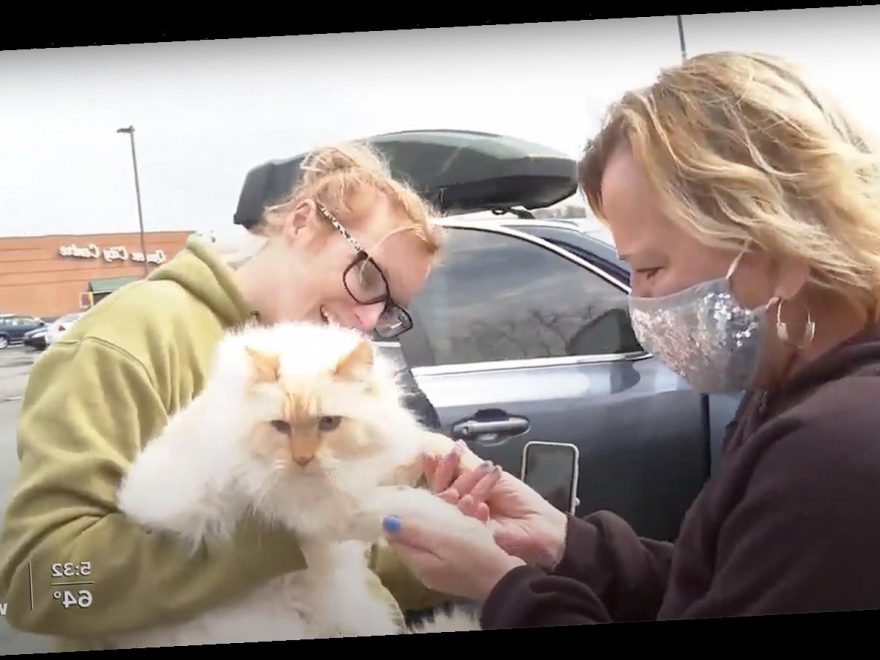 Margaret Burcham has some questions for her cat Bernie.

Over five years ago, Bernie disappeared from Burcham's Florence, Kentucky yard and "didn't come back," the owner told WCPO.

"I looked, and I called all the shelters," Burcham said of the actions she took in the wake of Bernie's disappearance. Unfortunately, the heartsick owner's effort turned up nothing, and she eventually accepted she would never see Bernie again.

So Burcham was shocked, elated, and confused when she recently received a call from Heart of Texas Lost and Found Pets, a volunteer community in the Lone Star State dedicated to reuniting pet owners with their missing furry friends.

The group told Burcham that Bernie had been found wandering around Waco, Texas. Since the cat looked healthy and well-cared for, the Good Samaritan who found Bernie figured the feline likely had an owner and brought him to a veterinarian for a microchip scan.

The scan revealed that Bernie did have a microchip loaded with Burcham's contact information, allowing Heart of Texas Lost and Found Pets to reach out to the owner. The group is also responsible for physically reuniting Burcham and Bernie.

When Brandi Neth, a Heart of Texas volunteer, learned that Burcham had relocated from Kentucky to Dayton, Ohio, Neth offered to drop off the cat during her family road trip through the northeast.

On Thursday, Neth's travels brought her to Dayton with Bernie in tow. The volunteer was able to place the cat back in his owner's arms once again. "To be able to come to visit my family and bring somebody along and give them the joy of having their animal back, it just makes the trip that much worth it," Neth told WCPO.

It is still unclear how Bernie managed to travel hundreds of miles from Kentucky to Texas over the past five years, but Burcham is hoping her pet has some answers.

"We need to talk," she jokingly told Bernie upon their reunion.