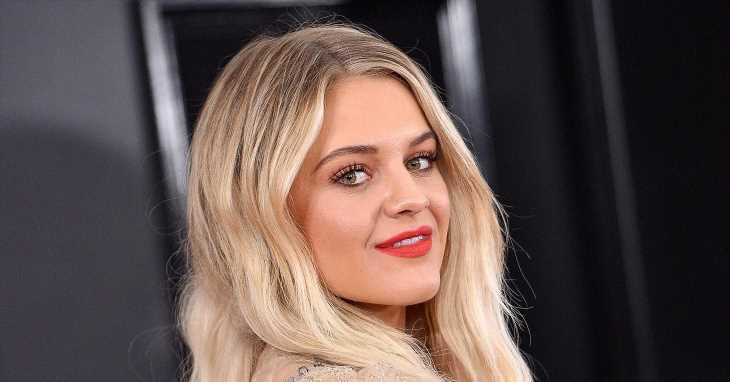 Loving herself like she means it. Kelsea Ballerini reacted to rumors that she’s dating Outer Banks star Chase Stokes — and she’s ready to write a breakup song with the internet.

“I know, I know, I know,” Ballerini, 29, said via a TikTok clip on Monday, January 16. “Stop reading, stop reading. Stop looking. But what is happening, guys. What? Let’s not do this.”

In the video, the country crooner sat in front of a screenshot from the gossip site DeuxMoi that featured comments about her alleged romance with the 30-year-old actor. In one DM, a troll claimed that the “First Time” singer couldn’t be dating the Daytime Divas alum because she was “too busy consistently asking out the manager of soho house nash when she comes in all the time after last call.”

While Ballerini didn’t confirm or deny that she and Stokes were officially an item, she captioned the post, “I’m about to break up with the internet 5 sure,” with a laughing emoji.

The pair first sparked dating speculation on January 9 when they were spotted at the College Football National Championship Game in Los Angeles together.

“Lil recap,” the Tell Me Your Secrets actor wrong alongside a photo dump via Instagram at the time. In his third slide of the carousel, he and Ballerini could be seen cuddling up from their box seats and enjoying the game. While the sweet snap only showed the backs of their heads, Stokes tagged the “Love Me Like You Mean It” artist’s Instagram account.

That same day, Raising Canes CEO Todd Graves took to social media to share stills from the event, posting a picture that captured the duo posing arm-in-arm in a group photo.

Stokes then fueled rumors even further on Wednesday, January 11, when he commented on Ballerini’s own photo dump, writing, “Could you please add piping hot sake to the list on slide 8 please with a side of burnt finger tips?”

Everything Kelsea Ballerini and Morgan Evans Have Said About Their Divorce

Speculation about Ballerini’s new relationship comes months after the Tennessee native revealed she and Morgan Evans split after almost five years of marriage.

“This deeply difficult decision is the result of a journey of love, growth, and effort that ultimately has come to an end,” Kelsea wrote on her Instagram Story in August 2022 “It’s hard to find the words here…but I feel extremely grateful for the years of marriage to Morgan and hopeful for the next seasons.”

At the 2022 CMAs, Evans opened up to Access Hollywood about the challenges of moving on after a divorce.

“It’s been a rough few months in my life,” he shared in November 2022. “One of the hardest parts [of going through a divorce] is how lonely it feels. It’s strangely comforting to realize that so many other people have been through it, which I didn’t.”

Stokes, for his part, was previously linked to costar Madelyn Cline, whom he dated from April 2020 to May 2021.

“She’s one of my favorite people on planet Earth,” the Base alum exclusively told Us Weekly one month after the pair split, revealing that they still keep in touch despite the breakup. “You know, it’s super awesome to work with somebody that you care about that much, and yeah, I’ll leave it at that.”