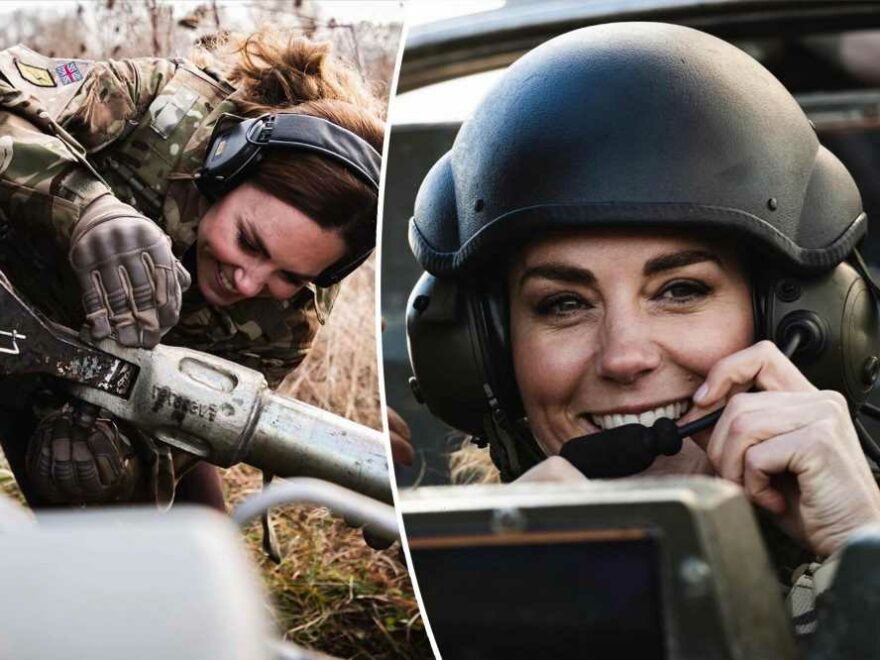 Kate Middleton revealed pics of herself dressed in full military garb on Saturday along with other photographs documenting her recent visit to a British Army training camp.

The posts containing the images went live on the Duke and Duchess of Cambridge’s official Instagram and Twitter feeds in recognition of the United Kingdom’s annual Armed Forces Day.

The first slide on Instagram depicts Middleton, 40, in head-to-toe army gear, leaning over while seemingly inspecting a piece of equipment. In a subsequent photo, she dons a helmet while sitting in a tank, only visible from the neck up.

Accompanying the snap-“shots” was a brief statement from the Duchess of Cambridge reading, “Today on Armed Forces Day, William and I would like to pay tribute to the brave men and women, past and present, serving in all of our armed forces, at sea, on land and in the air, here in the UK and around the world. Thank you for all you and your families sacrifice to keep us safe.” 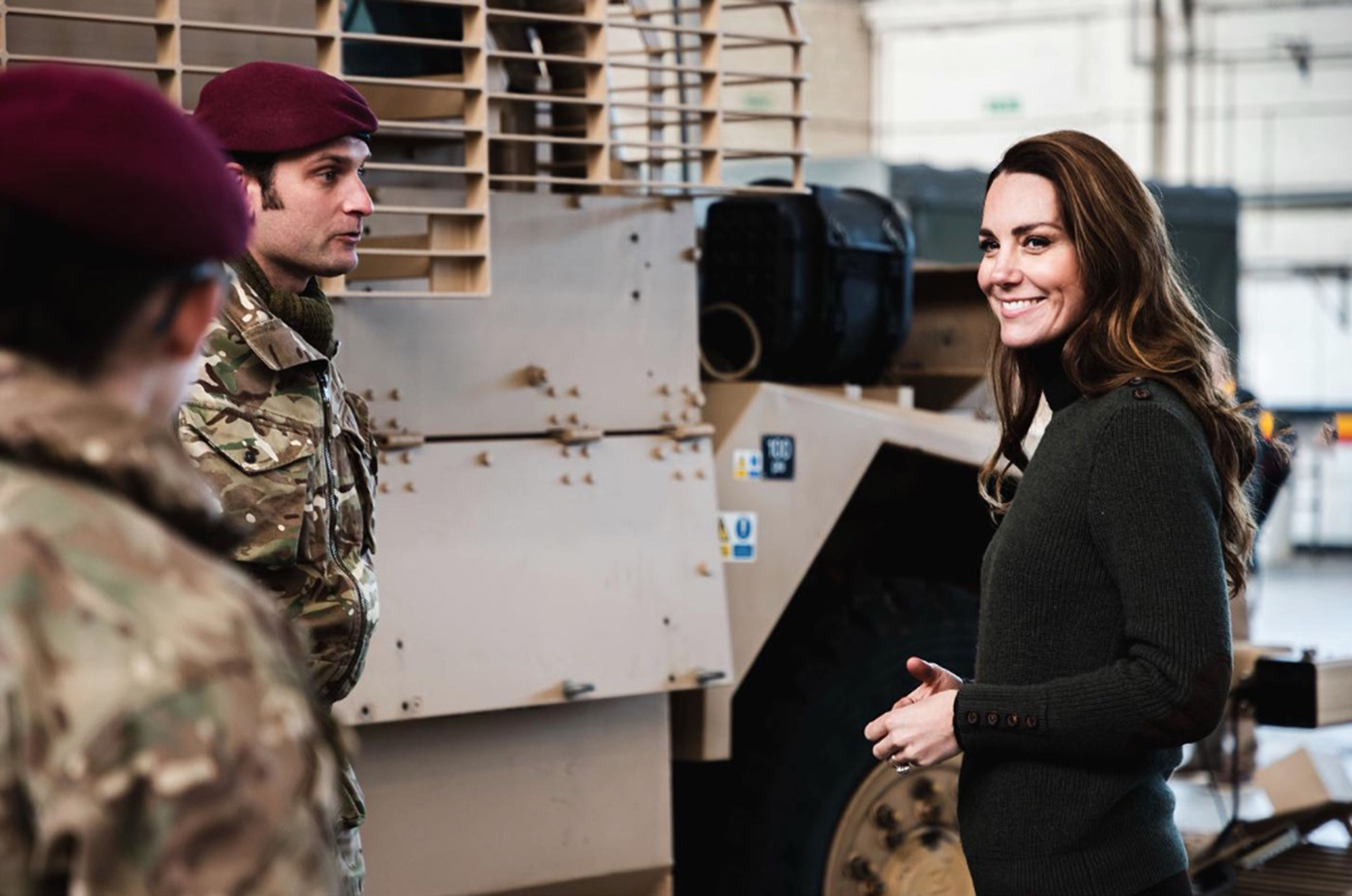 Signage on a shed in yet another picture indicated the location to be the Army Training Centre Pirbright, which is located about 30 miles west of London.

The text went on to explain that Middleton had paid a visit to the UK military outpost “[l]ast year,” mentioning that she had the opportunity to witness first-hand “how they train serving personnel and new recruits.” 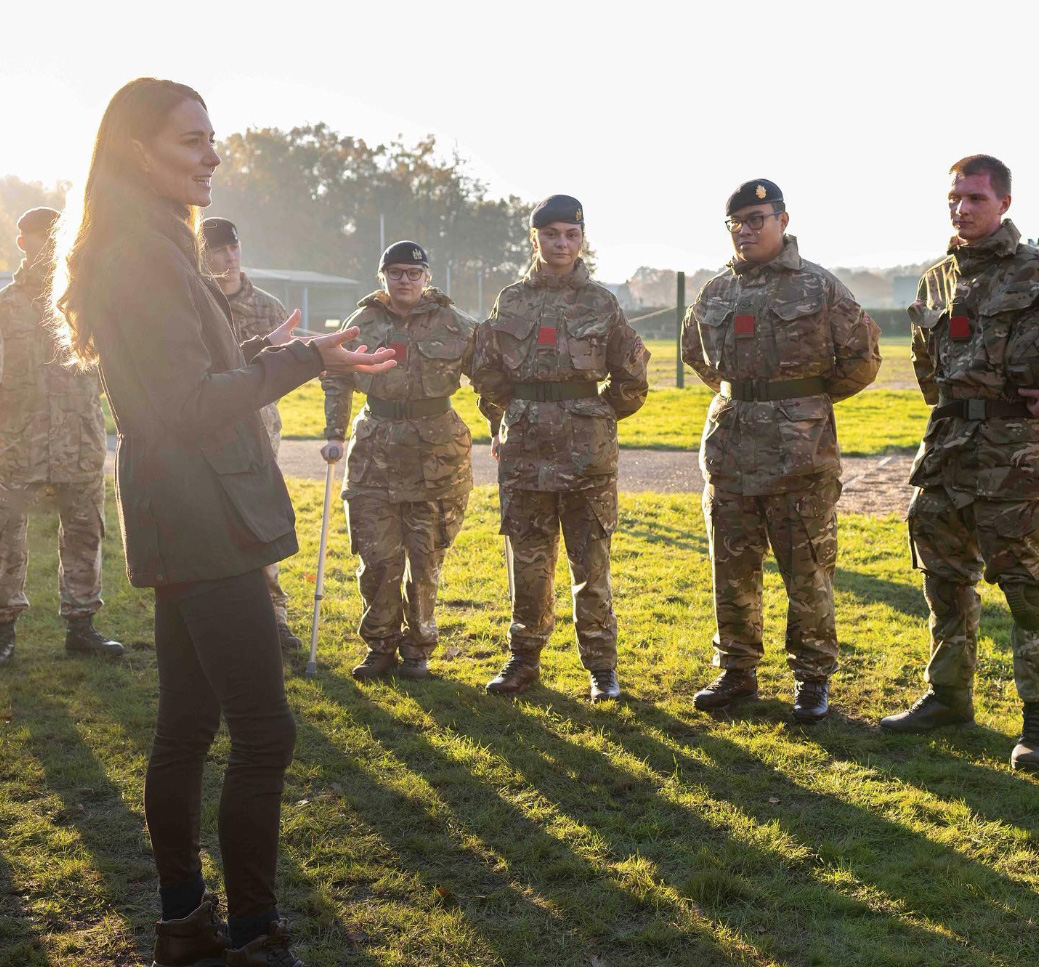 It concluded, “It was wonderful to see first-hand the many important and varied roles the military play day in, day out to protect us all, and I look forward to discovering more about the @RoyalNavy and @RoyalAirForceUK in due course,” before signing off with a “C” for Catherine.

Over on Twitter, @AlexTai2781 gushed of Middleton’s glowing tribute to the British armed forces, “I can’t think of a better advocate 😍👑.”