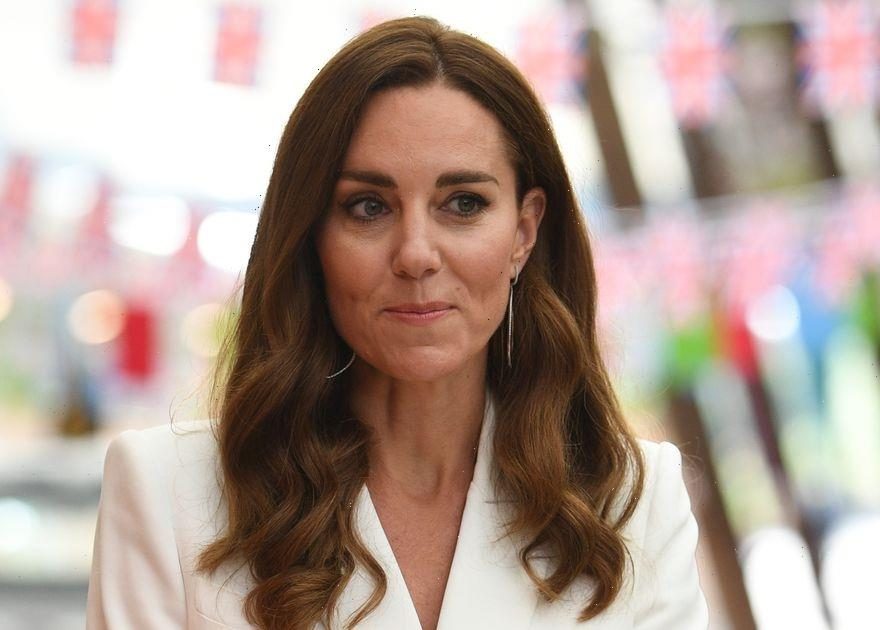 Join the OK! VIP newsletter and receive big exclusives to your inbox before anyone else!

Kate Middleton isn’t a stranger to a spectator seat at a sporting event, and she took pride of place in the crowd last night to watch England miraculously beat Germany in the Euros.

Her outfit and makeup were immaculate, as always, but we couldn’t help but spot she opted for a very different hair look to usual.

Swapping her trademark glossy and bouncy blow dry for a trending mermaid wave, Kate’s brunette tresses also looked longer than usual, with her curled ends reaching way past her shoulders.

We’re not sure if her previous spectator looks were planned or if it’s just a coincidence, but the Duchess always tends to favour a classic blow dry for sporting events. Take Wimbledon, for example, where she’s shown off some of her bounciest hair looks to date.

The Wimbledon final in 2016 is a case in point, where Kate went head to head with Kim Murray in the battle of the blow dries. Both women scored big points, but it’s hard to beat Kate’s perfected bouncy ends and voluminous roots.

For this recent Euros game though, Kate has made a change from the blow dry brush and it looks like she’s had her hair styled with the help of a skinny wand like ghd’s Creative Curl Wand, £109.65 here, or BaByliss Curling Wand Pro 25-13mm, £27.95 here.

The curls reach further up towards her roots, and hold more of a defined shape than she normally would wear. We also wonder if she’s wearing some kind of clip-in or tape hair extension, as her tresses are noticeably longer than two weeks ago, when she was snapped at the G7 Summit in Cornwall.

Not that we think Kate is an avid watcher of Love Island – though we love the idea of it – but this type of structured wave is trending in the celeb world at the moment, and is already being seen on contestants in the current Love Island villa.

This isn’t the first time Kate has switched up her beauty look in recent months, either. In March, the 39 year old traded in her trusty matte base and neutral tones for radiant skin, a punchy shade of blusher, exaggerated highlighter on her cheekbones, and a serious power-brow.

We’re not sure if Kate is simply enjoying playing around a bit more with her look these days, or if she’s finding new ways to look youthful with her 40th birthday just six months away.

Either way, we love seeing the Duchess with new hair and makeup styles – more inspiration for us!