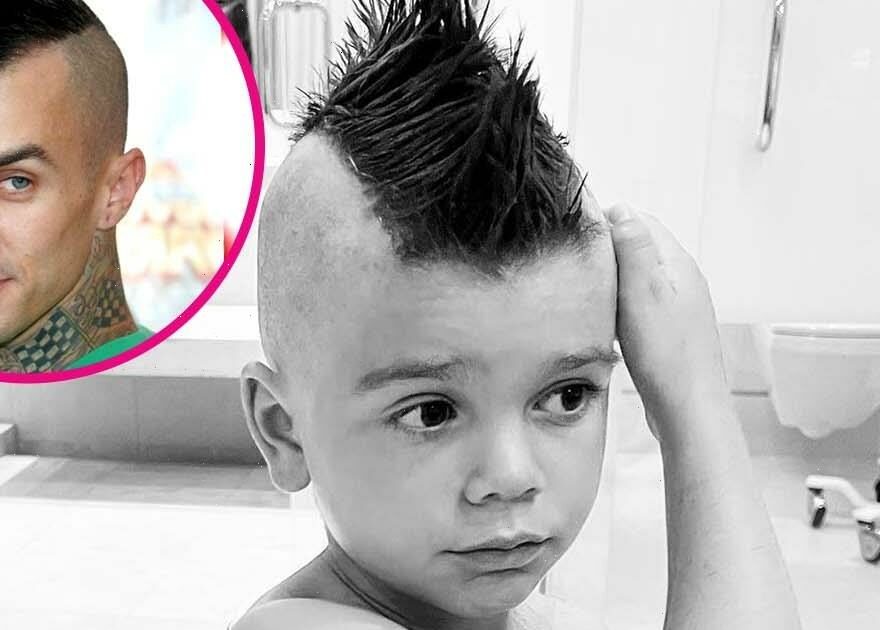 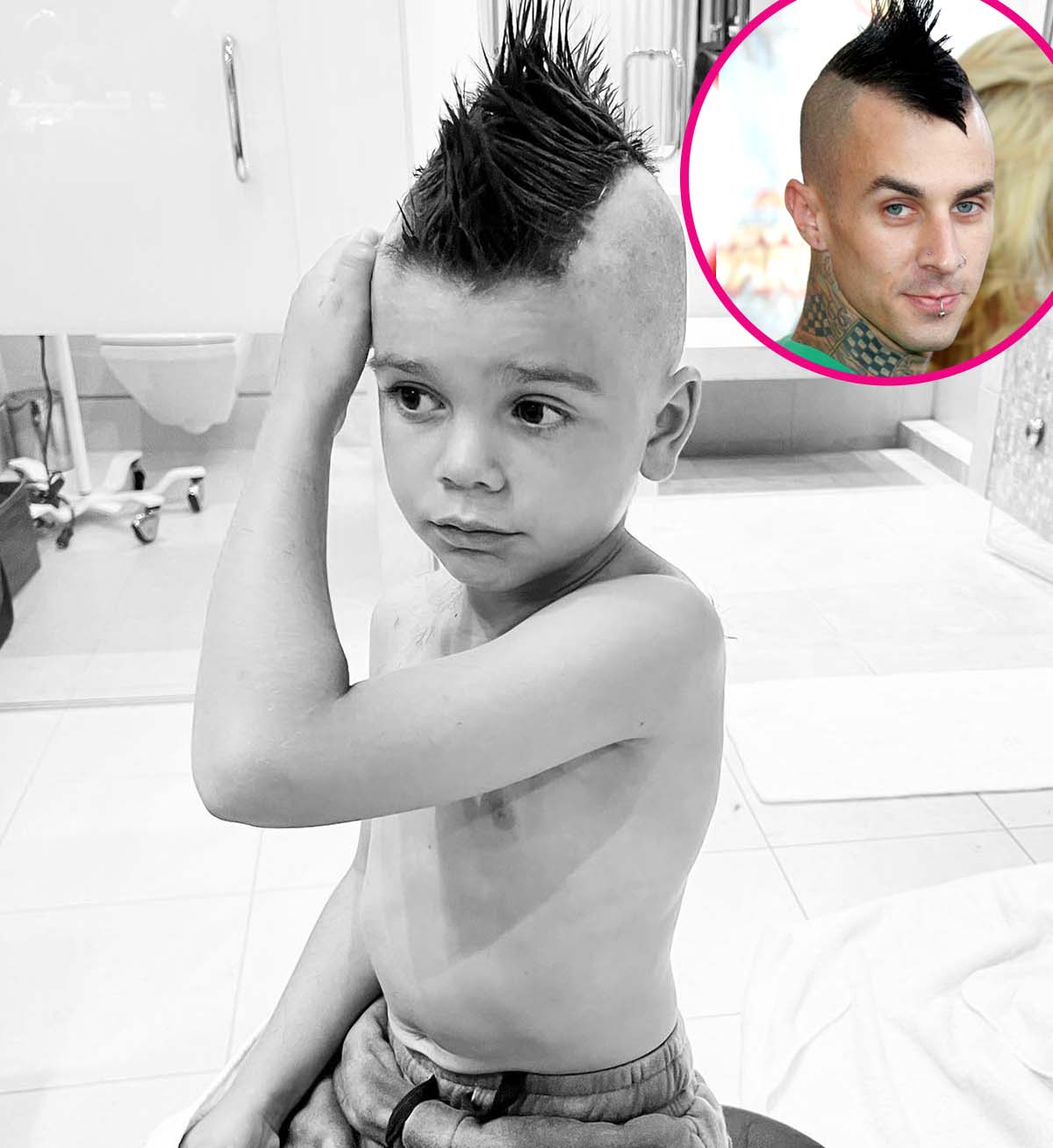 Reign Disick is channeling his inner rockstar! Kourtney Kardashian shared a photo of her little one’s new mohawk, and it appears to have been inspired by Travis Barker.

On Sunday, June 12, the Poosh founder, 43, posted a black and white carousel of photos via Instagram, showing off Reign’s fresh hairdo. The 7-year-old had the sides of his head shaved and combed the tresses at the center into sharp spikes. The edgy look caught the eyes of Avril Lavigne, who commented several red heart emojis, and Gwyneth Paltrow — who added a rockstar hand symbol emoji. 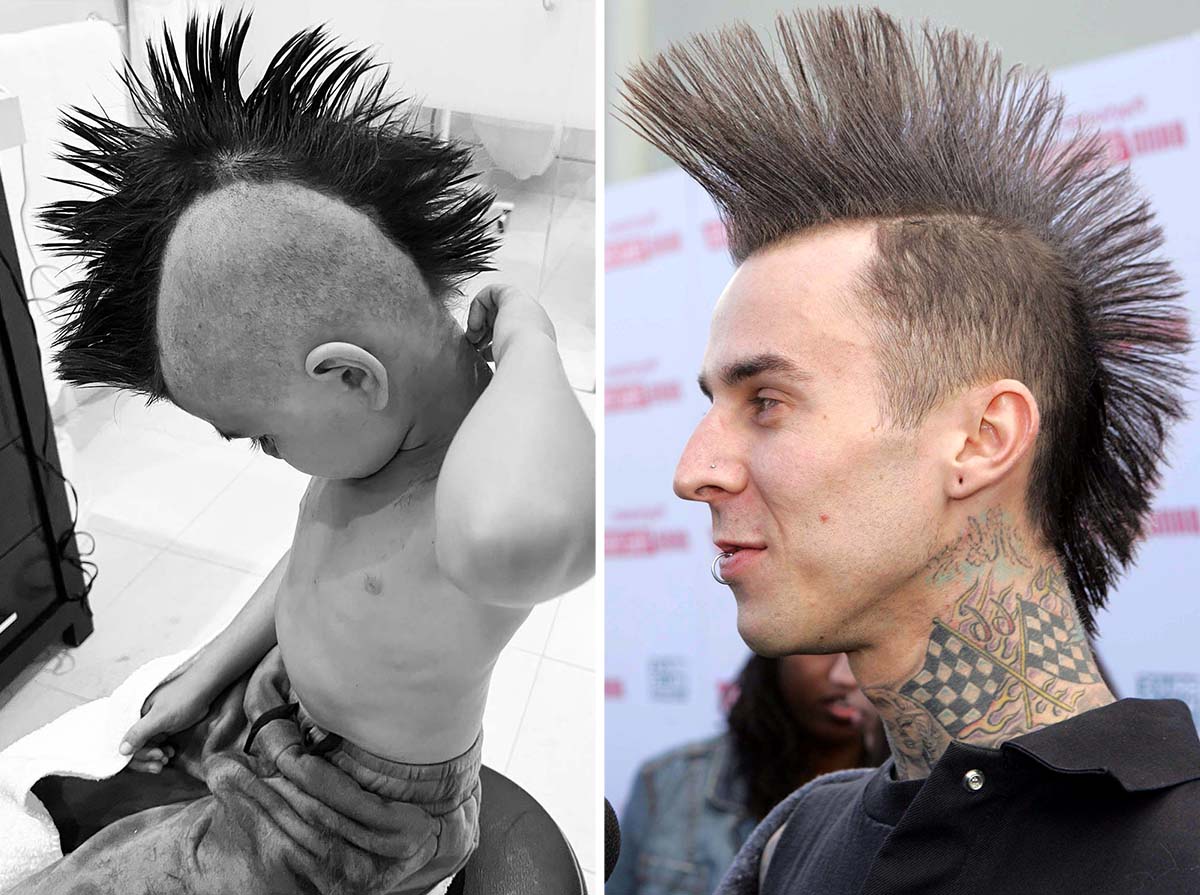 While Reign is known to switch up his hairstyles (he rocked both a buzz cut and mini mohawk in 2020), his latest look is similar to a cut stepdad Barker, 46, sported in the early 2000s. The Blink-182 drummer was known for the gelled-up look, sporting it on the red carpet and during performances. Barker’s son Landon, now 18, whom he shares with ex-wife Shanna Moakler, also rocked the style when he was a kid. The musician and the Miss New York USA pageant winner also share 16-year-old daughter Alabama.

When Reign first debuted his mohawk two years ago, his dad, Scott Disick, posted a photo of the cool kid getting the hairstyle via Instagram. In March 2021, Reign got the look shaved, which later grew into an adorable comb-over that he wore to his mom’s wedding to Barker in May. Disick, 39, and Kardashian also share son Mason, 12, and daughter Penelope, 9.

Reign isn’t the only Disick kid to experiment with hair changes. In December 2021, Penelope ditched her long copper locks for fiery red ones. She showed off the transformation in a video shared to TikTok, which showed her mouthing, “It’s really not that bad. It just needs a little … shaping. To the salon,” before revealing the color.

Kardashian unveiled a fresh look of her own in August 2021. In pictures shared via Instagram, the Keeping Up With the Kardashians alum chopped her waist-length tresses to a chic lob (a.k.a. long bob). Barker shared his approval of the look, writing: “You’re perfect” in the comment section. Prior to the blunt style, Kardashian played around with color. The reality star often sported highlights and even bangs. 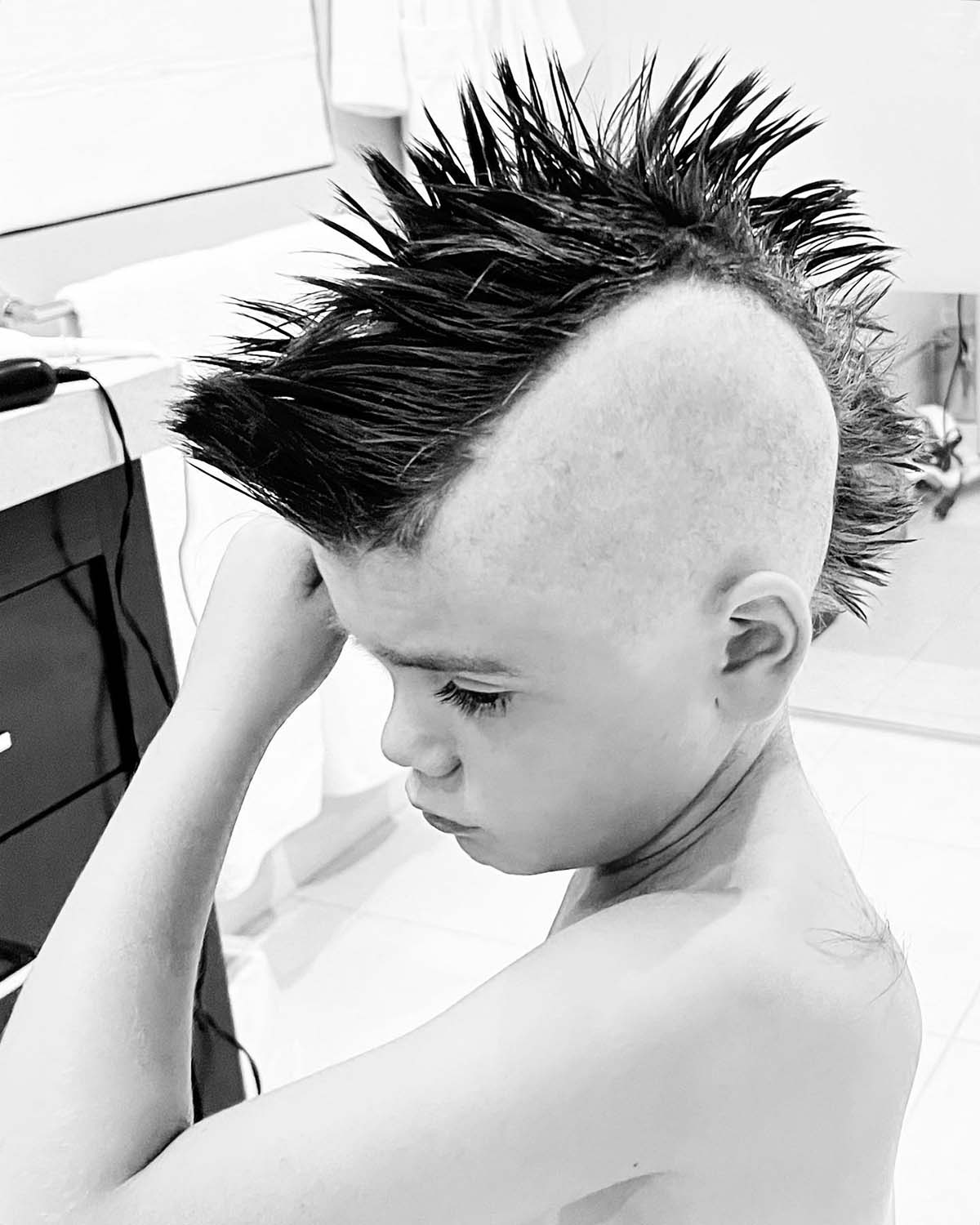 For her and Barker’s wedding in Portofino, Italy, however, Kardashian pulled back her cut into a sleek updo to compliment her custom Dolce & Gabbana mini dress.