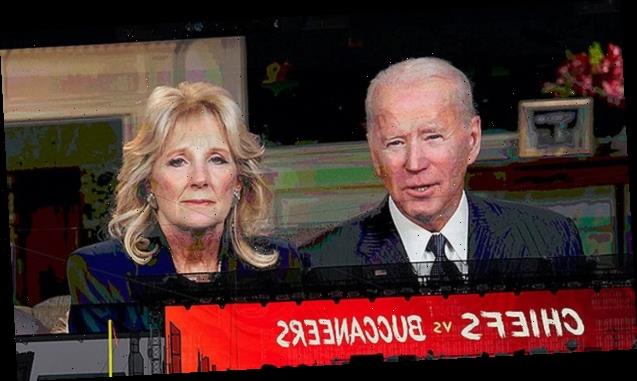 Before the Super Bowl kickoff, President Joe Biden and First Lady Jill Biden lead the stadium in a moment of silence to honor those who have have died from COVID-19.

President Joe Biden appeared before Super Bowl LV began to wish luck to today’s teams competing for the big trophy: the Tampa Bay Buccaneers and the Kansas City Chiefs. But the taped message wasn’t just about football. Biden and his wife, Dr. Jill Biden, also thanked the healthcare workers who have been putting their lives on the line during the COVID-19 pandemic and urged fans to be safe while watching the big game.

The president and first lady asked those at the Super Bowl and watching from home to take a moment of silence to remember the over 460,000 Americans who have died after contracting COVID-19 since the pandemic began in early 2020. One year later, and the horrifying illness is still raging. The Bidens also reminded fans that they must wear masks and continue to social distance, whether they’re watching the game in person, or in their own homes. The CDC has been working valiantly to make sure fans know this. 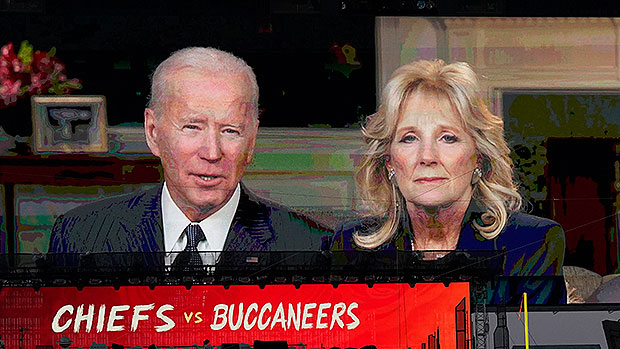 Biden’s important message came days after CDC director Dr. Rochelle Walensky told Americans to fight the urge to have Super Bowl parties. “Remember — whichever team you’re rooting for and whichever commercial is your favorite, please watch the Super Bowl safely, gathering only virtually or with the people you live with,” Walensky said at a public briefing. Biden said that he was “hopeful” that the United States could administer 1.5 million vaccine shots per day in just a few weeks.

Biden is a huge football fan. In fact, the newly-inaugurated president actually played back in the day. Biden played as a halfback and wide receiver in high school, and was pretty great. Coach E. John Walsh, told The New York Times in 2008 that Biden “was one of the best pass receivers I had in 16 years as a coach.” The president also played football in college but, of course, decided to pursue politics despite his athletic prowess.