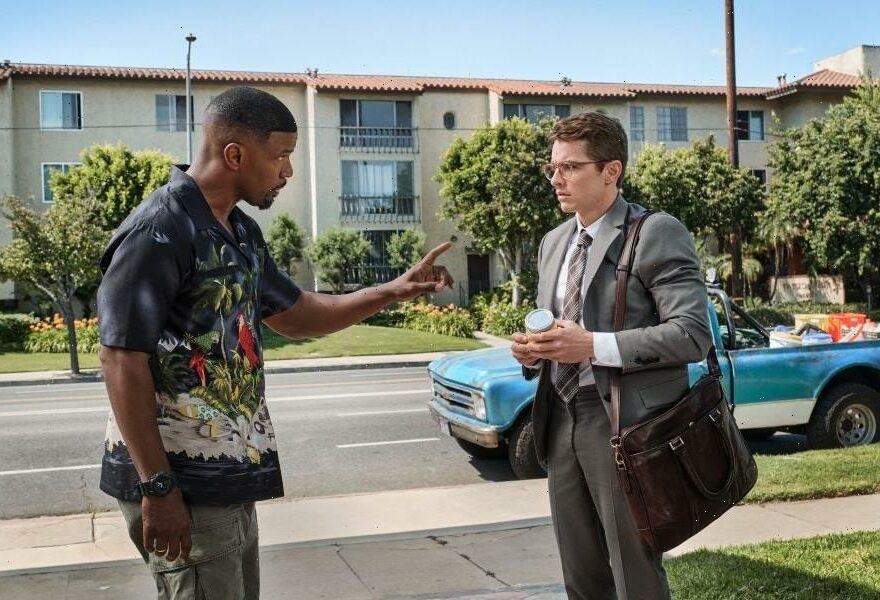 No stranger to comedy and action genres, the veteran actor is mixing things up a bit by adding an unlikely fantasy/horror element to the classic tale of a down-on-his-luck family man fighting his way through the city on a mission to keep his job and home in order. With action crafted from the mastermind behind the John Wick and Fast & Furious franchises, it’s a fun ride that fans of lengthy fight scenes are sure to enjoy. 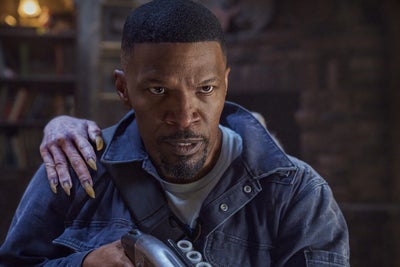 “The action in this movie, you just can’t take your eyes off of it,” Foxx told Essence exclusively about the spine-bending, gun-blasting fight scenes that accompany the story. “When you just let go and let God when you’re watching this, those action sequences are just amazing.”

While the film’s action, guided by stuntman-turned-director J.J. Perry, may be the crowing feature of this horror-fantasy-comedy romp, it punctuates the story of a husband and father desperate to keep his family together while secretly taking on the mantle of protecting southern L.A. from the forces of darkness.

Foxx is Bud Jablonski, a blue-collar father hoping to provide a good life
for his quick-witted daughter Paige, played by 11-year-old Zion Broadnax, and stay in the good graces of his estranged wife Jocelyn, played by Meagan Good. Though posing as a pool cleaner in San Fernando Valley, his true profession is hunting and killing vampires, and selling their fangs on the black market. 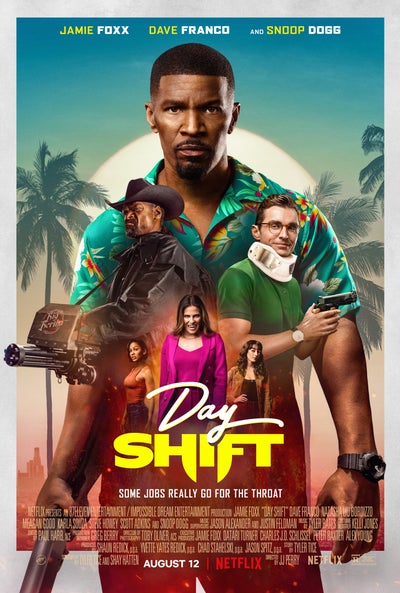 With his money running low since being ousted by an underground union of
vampire hunters over his unorthodox and unapproved methods, Bud finds himself in a desperate situation when Jocelyn threatens to move to Florida with their daughter for more stability. With a little help from his good friend and fellow vamp-hunter John (Snoop Dogg), Bud is allowed back into the union to make more cash from his kills, with one condition: nerdy union rep Seth (Dave Franco) must accompany him every step of the way to make sure he remains on code.

The on-camera chemistry between Foxx and Franco carries the film through it’s off-kilter concept. The relationship between the actors was so in-sync that they decided to keep their collaboration going and independently recorded a track inspired by the film to accompany the blood-splattering fun.

Taken in by an ad-libbed line Franco delivers toward the end of the film, “mowing down vamps with my best friend Bud,” Foxx pulled out his phone, recorded a sample, and had a producer work up an electronic dance track for them to record on as soon as possible. 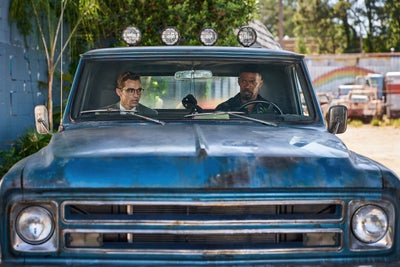 “I tell people all the time, Dave Franco is funny but he’s also fly,” Foxx said of his co-star, noting that the actor definitely hit us with “that fly sh*t” in the upcoming video for their single, which he happily whipped out his phone to show a snippet of.

“It’s crazy how, the world we live in, I love how we can be this creative.”