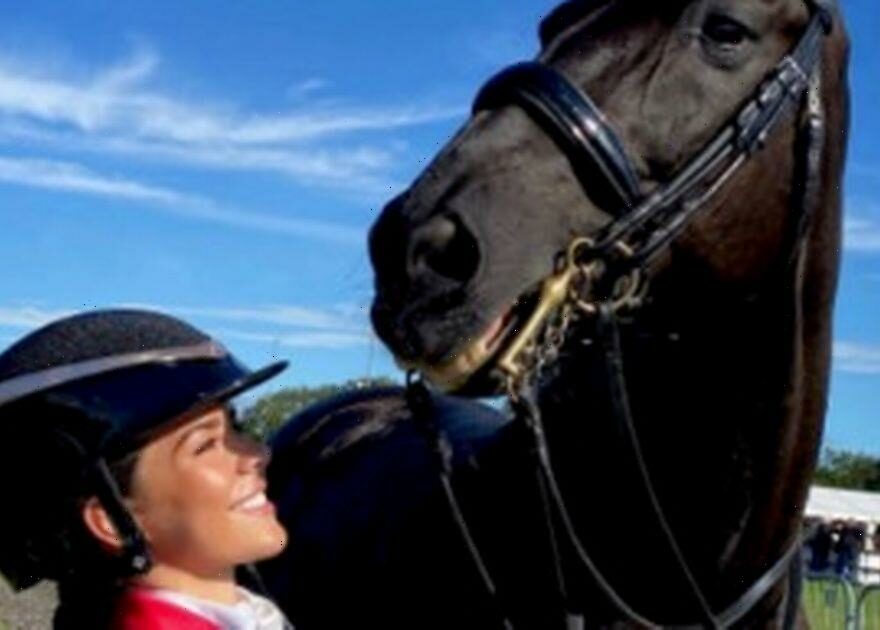 Gemma Owenhas been making a mark on reality TV during her stint on this year’sLove Island.

The beauty, 19, is the daughter of footballerMichael Owenbut she is also a keen sportswoman herself. Gemma has been riding horses since she was three years old and is now aprofessional international dressage rider.

So far during her time on the show, Gemma was partnered with Liam Llewellyn, Davide Sanclimenti, and she is now exploring a romance withLuca Bish. There was quite a stir when her exJacques O'Neill made an explosive arrival into the villa earlier this month, and he is now partnered with Paige Thorne.

Off screen the beauty enjoys a career as an International Dressage Rider for Great Britain – which is a form of horse riding performed in exhibitions and competitions.

As well as riding for Great Britain, Gemma’s Instagram bio boasts: European Championships 2021, where she represented Britain in the youth ranks in Oliva, Spain. Her team came sixth place.

The 19 year old revealed the happy news on her second Instagram account, which is dedicated to her dressage career, saying: "Absolutely over the moon to announce that I have been selected to represent Great Britain at the European Championships 2021 in Oliva, Spain!

“It still hasn't quite sunk in; to reach my goal of competing in a Europeans after years of hard work is just the best feeling."

She went on to thank her dad and her mum, Louise Bonsall, as well as her trainer, Sarah Higgins. Gemma and her team finished in sixth place at the championships.

While she’s been in the Love Island villa her team have been keeping her dressage Instagram account.

They recently posted a picture of them all with Gemma with the caption: “Our girl @gemowen_1 at the U21 European Championships last year in Spain representing GB. An achievement that can never be taken away from her”.

Her final competition before entering the Love Island villa was Myerscough Premier League, which took place back in March. She finished third in both the team and individual young rider tests, after stepping up to the level earlier this year.

Gemma’s passion for horses seems to have come from her mum Louise, who in particular loves rescuing retired racehorses.

She founded Manor House Stables in Cheshire around 2007, later expanding in 2009, along with husband Michael.