A WOMAN was left "screaming in pain" from a pus-filled pimple doctors initially dismissed as a spider bite – before a maggot crawled out.

The TikTok user was horrified to see the "worm" emerging from her back, after days of agony. 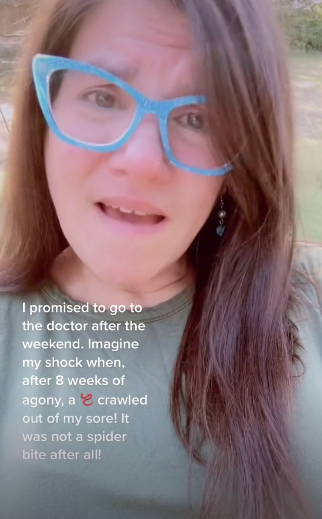 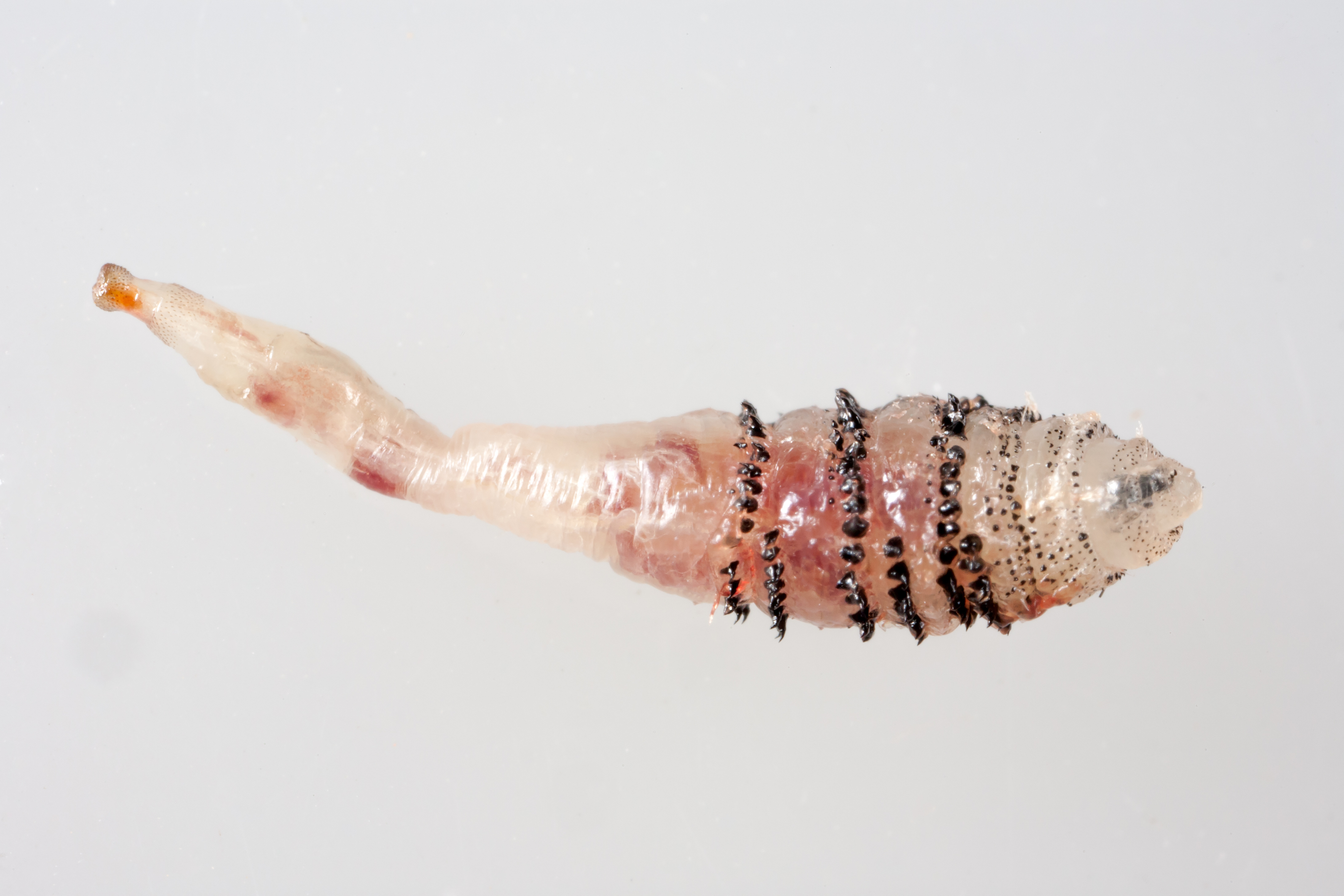 She relived her horrendous experience explaining what happened from the start of the problem to the grim result.

The woman, known as loudladylibrary on the social platform, said it began when she woke up in the middle of the night screaming in pain".

She said: "It felt like I was being stabbed in the back by a hot poker. All we saw on my back was a tiny pimple/sore."

She described how a small hole soon appeared, with the skin hot to touch.

The pain continued and the hole got bigger so she went to the doctor, who said it was caused by a brown recluse spider bite.

He gave her antibiotics, but nothing could be done for the pain, and pus continued to leak and get on her clothes and bedsheets.

She said: "The hole grew to the size of a quarter. As my husband was charging my dressing, he saw something moving around in the hole.

"I thought it was just dead tissue.

"Imagine my shock when after eight weeks of agony, a worm crawled out of my sore!"

She explained to horrified followers that she had cracked the case of where it came from.

The woman revealed the maggot was a larvae from a botfly that had got into her back in an egg.

She thought it could have been transferred by a mosquito – as botflies lay eggs on their backs to be transported to a nice clean home, such as human skin.

The body heat makes the eggs hatch as the mosquito bits the human victim, with the larvae diving into the bite wound.

They resemble a bumblebee and are found in most of the US, where this woman appears to be from.

The larvae will usually leave the host on their own, but it's a painful process, with spikes on their bodies burrowing into the skin as they grow.

It's advisable not to try and remove them on your own, as the spikes can cause the parasites to break apart and lead to an infection.

An expert can remove them too, but often by the time you've realised what the problem is, they are close to exiting on their own anyway.