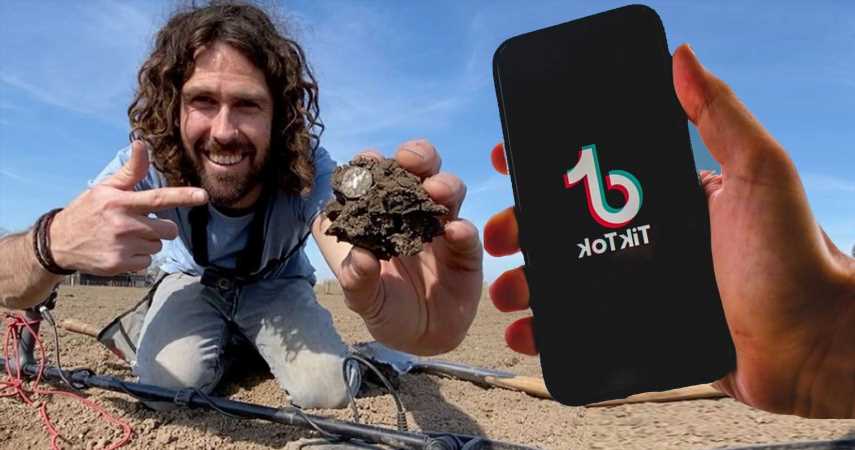 “Anything thing could be anywhere!” is the motto of self-proclaimed treasure hunter Leigh Webber – and it turns out to be true.

While searching the Amsterdam Canal, he discovered a safe so large it had to be pulled out of the water by crane. Inside they discovered a cache of valuable coins. Strangest of all, these coins had been missing for about twenty years.

Leigh Webber, who goes by “Bondi Treasure Hunter” on social media, and his friends Remon and Dennis returned to a spot in the Amsterdam Canal where they had previously found 46 safes while magnet fishing. They were confident that they would find more – but they didn’t expect to find one so massive that they would need special equipment to remove it from the water.

The enormous safe was half embedded in the earth at the bottom of the canal, and wouldn’t budge. First the team tried with grappling hooks, but the safe was so massive that their ropes snapped. Next they tried securing a rope around it and attaching it to the back of their car to haul it out, but that didn’t work either. Finally, with a small crowd watching, they called in a crane to lift the safe out of the water.

There was a hole open at the bottom of the safe, and as soon as the safe was set down by the crane Leigh started reaching around inside. The first few items to come out were nothing – the remains of the locking mechanism, and other bits of metal. Leigh also pulled out many rectangular pieces of plastic and set them aside – until he tried wiping the mud from the riverbed off of one of them.

He was right. The safe was full of coins, each one in its own protective case – a clear indication that they are valuable collector’s coins. Each coin in the collection reads ‘Hortus Bonaticus 1682-1982 Amsterdam.’

Leigh discovered that “Hortus Bontanicus” refers to the Amsterdam botanical gardens, and that the coins he and his friends discovered were made in 1982 to commemorate its 300 year anniversary. The coins are rare, as only 500 were ever made, each one of the coins is worth over $40. Usually collectors prefer coins to be in mint condition and have been stored in a safe environment (rather than having spent twenty years under water) but these have a peculiar history.

After discovering the coins, Leigh reported their discovery to the police. They were informed that the cache was stolen about fifteen or twenty years ago. At some point after the theft, the safe, and its contents, were thrown into the canal.

Leigh carefully cleaned each coin with an electric toothbrush, but he intentionally left them “a little dirty so their story stays with them.”

I’ve since been treasure hunting for almost a decade and travelled the world in the search of treasure. I’m happy to say that I’ve found plenty of gold and old coins over the years and best of all some really good friends. I also still find plenty of junk that I’m happy to remove from wherever I go. – Leigh Webber

Returning to the Canal – The Perfect Hiding Place

Eagle-eyed viewers of the Bondi Treasure Hunter Youtube Channel pointed out that the safe was removed from the water with the opening facing the water, so Leigh and Remon returned to see if any of the coins had fallen into the water during removal.

While they did find a few more loose coins in their protective plastic cases, what they found the most of were more (much smaller) safes, like the 46 that they had already discovered before their massive find. It’s impossible to know what was once inside these, because they had already been broken into, some with the doors literally broken off.

Bondi Treasure Hunter’s Recent “Once in a Lifetime” Find

Finding dozens of safes isn’t the only thing that Leigh has pulled out of the river lately. As recently as April 15th, 2021 he discovered a “dream, once in a lifetime find” while magnet fishing – an intricately detailed and well preserved copper knife from the 15th or 16th century, which he states will be going to a museum.

“That’s the best part about this hobby,” Leigh said, “We get to hold things that you only see in museums. Very rarely, but it does happen.

READ NEXT: Building The Great Pyramids Of Giza Would Cost Crazy Amounts Today