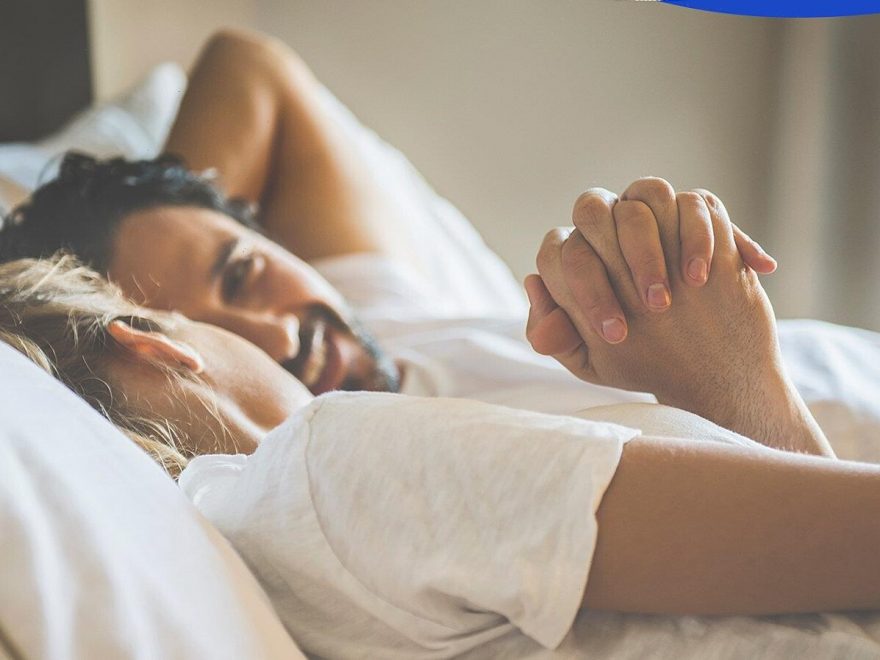 While you might initially guess that more sex means a greater chance of getting pregnant, you'll actually do best to be strategic, says Sherry Ross, M.D, ob-gyn and author of She-ology. The Definitive Guide to Women's Intimate Health. "Having timed intercourse will ultimately bring you better success and less frustration at conceiving," she notes.

Here, the basics on how often you should have sex to get pregnant and other moves to keep in mind as you try for a baby.

Take These Steps Before You Start Trying to Conceive

First, before scheduling your romps between the sheets, Dr. Ross encourages couples to meet with a gynecologist or health care provider to do some preconception planning, ensuring that you're physically — and mentally ready — to have a healthy pregnancy. Although there's never a "perfect" time to conceive, you'll want to make sure you and your partner are your healthiest selves before embarking on a life-changing journey, says Dr. Ross.

When — and How Frequently — to Have Sex to Get Pregnant

Once you have the green light to start trying, you'll want to zero in on your most fertile days, which is when you'll want to prioritize sex. About two weeks before you get your period, you'll experience ovulation, during which a mature egg is released from the ovary. And there's a small fertile window in every menstrual cycle — starting about five days before ovulation and rapidly closing after ovulation occurs — during which you can get pregnant, explains Holly Mehr, M.D., a reproductive endocrinologist with Kindbody, a nationwide provider of fertility, gynecology, and family-building care.

There are various ways to confirm that you're ovulating:

Sperm lives for three to five days in the reproductive tract, so as long as you can pinpoint ovulation, you can figure out how to time intercourse, says Dr. Ross. "The idea is to have the sperm waiting for the egg, which lives for 24 hours," she explains.

Once you're in that window — aka five days before you ovulate, the day of ovulation, and for up to 24 hours after — you'll want to have sex once a day, or even every other day, explains Melinda Henne, M.D., a reproductive endocrinologist with Kindbody. And aim for no less than every three days when you're in the fertility window.

Again, although it might seem like doing it more boosts your chances of conception, the fact is that having sex more than that might reduce the number of healthy sperm. "There is only a certain amount of sperm a man produces every day, so sex too often may actually lead to lower sperm counts per ejaculation," Dr. Henne explains.

And it bears noting that tracking isn't a must for all couples. "Even without tracking, if a couple is having regular intercourse two to three times per week, every week, they are likely having intercourse around the time of ovulation when pregnancy is most likely," says Dr. Henne.

How Long It Could Take to Conceive

If you're 35 or older: Check in with your healthcare provider or a fertility specialist after the first six months of trying.

If you are younger than 35: If you've had timed intercourse for 12 months and still haven't conceived, follow up with a healthcare provider or a fertility specialist.

Why It’s Key to Prioritize Intimacy Throughout Your Cycle

It's true that trying to get pregnant can end up feeling more strategic than steamy — and taking the planning part too far can backfire as well. "Sometimes focusing on tracking ovulation and trying to conceive on a particular day adds stress and anxiety, which may impact fertility," acknowledges Dr. Henne. For that reason, she notes that you might just want to track a bit at first to have a better understanding of when you ovulate, and then just aim to have sex once a day or every other day around ovulation.

And during the rest of the month, don't forget to have plenty of sex for fun — and a variety of other benefits. "Maintaining intimacy is important for couples attempting conception," says Dr. Henne. "Frequent sex decreases the pressures of sex focused around ovulation. And regular sex will also maintain the highest quality of the sperm in the ejaculate." And if all of that also ends up ultimately leading to a happy, healthy pregnancy and baby, that's what you'd call a win-win.