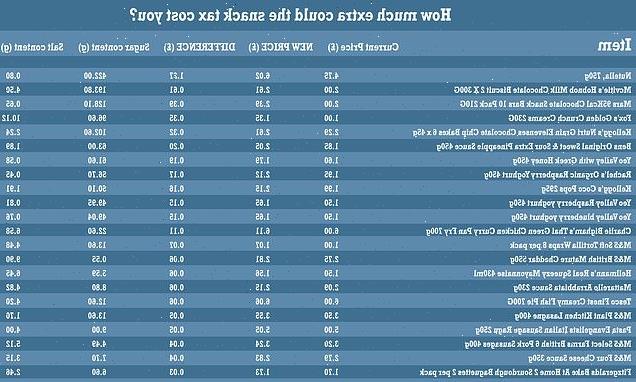 How much will the snack tax cost YOU? From an extra £1.27 for a jar of Nutella to 61p more for a packet of HobNobs, FEMAIL reveals how a basket of family favourites could cost an extra £247.86 a year under radical proposals

A jar of Nutella could set you back an extra £1.27 and a pack of chocolate HobNobs could be 31 per cent more expensive under a new ‘snack tax’ which could see families spending up to £250 a year more of food.

Radical proposals to tax £3 per kilogram on sugar and £6 per kilogram on salt sold wholesale for use in processed foods are included in a new National Food Strategy, published today by Boris Johnson’s food tsar, Henry Dimbleby.

A typical basket of family favourites could be around £4.77 a week more expensive with a six pack of Kellogg’s NurtiGrain bars costing an extra 31p, while a jar of Ben’s Sweet and Sour sauce would shoot up from £1.85 to  £2.05.

However, the idea may not go ahead, with Boris Johnson today saying he has no interest in ‘taxing hard working people’, despite calls from campaign groups including Action on Sugar to go ahead with the reforms.

Speaking to FEMAIL, Catherine Sharman, Accredited Nutritional Therapist in Functional Nutrition a founder of healthy food restaurant Apres Food Co said: ‘Rather than just tell people they have to reduce sugar and salt, it would be much more effective to get everyone on board by giving more of an understanding on the detrimental effects to the human body. 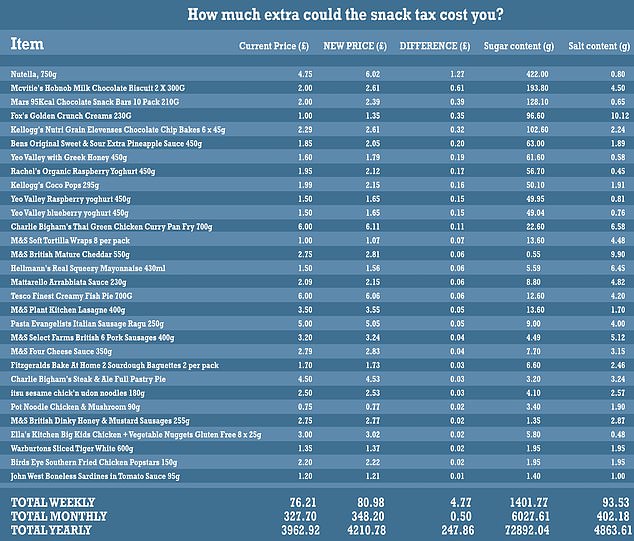 Catherine, who works as a nutritionist, also has an award winning restaurant serving hand crafted meals made with health in mind, as well as range of ready meals designed to help improve sleep, clarity of mind and immunity.

She suggests that educating people – including those in the food industry – about nutrition would be more useful than just a tax.

‘As a chef, if I thought I was producing dishes that might contribute to someone having a heart attack or cardiovascular disease or be detrimental to their mental health, then I would actively want to adapt what I’m creating and make it more nourishing and less challenging for the body.

‘As chefs we have a love for the beauty of food and how it makes us feel. We have a love of all the emotions around food – the sharing, the caring, the comfort, how nourishing it is for us and how it contributes to making us happy.

‘We all enjoy food for so many different reasons and we all want to share our creations with the people around us, whether that is with our family and friends or in a more formal environment of a restaurant,’ she added.

‘However, because we aren’t trained or taught how our body actually functions we are not able to make that connection of what may be damaging or the detrimental effects of excessive salt or refined sugar in the body.

Mr Dimbleby – who is the founder of Leon and the son of broadcaster David Dimbleby – said the move was essential to stem the country’s obesity epidemic – but opponents had branded it another example of ‘rich people’ trying to tell the rest of society what to do.

They estimated that the so-called ‘snack tax’ could add £3.4billion a year to families’ shopping bills, with a 60p Mars bar costing 9p more.

With 56million people currently living in England, it means £60-per-year will be added to each person’s food bill on average – £240 for a family of four.

Mr Dimbleby said the tax will encourage firms to reformulate their recipes or reduce portion sizes. He warned that unhealthy food was ‘putting an intolerable strain on the NHS’, with more than half of over-45s living with diet-related health conditions. 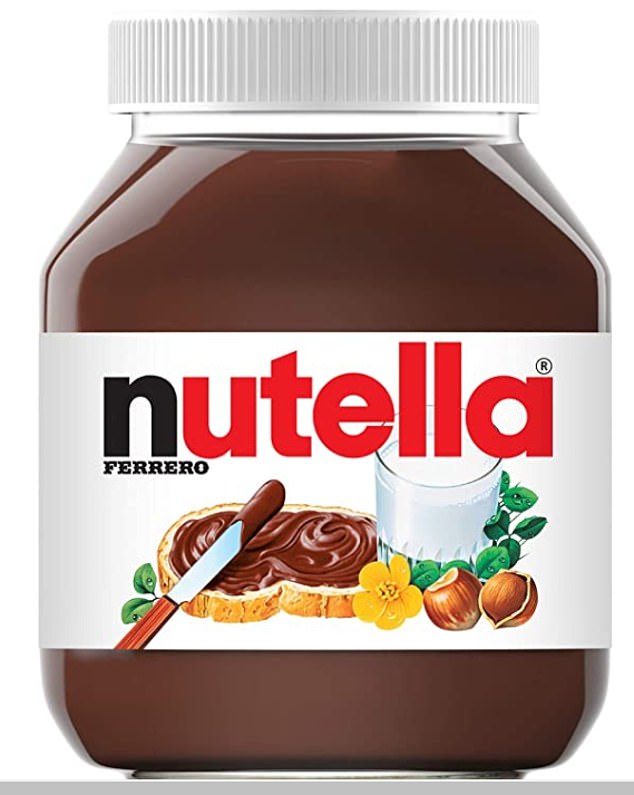 A jar of Nutella could set you back an extra £1.27 under the new measures

Those with a sweet tooth could also see their bill skyrocket even more.

A 450g tub of Yeo Valley with Greek Honey would be 20p more expensive while a pack of pork sausages could be 4p more pricey.

The authors of the 280-page report say their modelling suggests the proposed tax would lower the average sugar intake by 4g to 10g per person per day, salt intake by 0.2g to 0.6g, and calories by between 15 and 38kcal.

This could completely halt weight gain at a population level.

Health charities and doctors last night welcomed the proposals, which could reduce the need for some expensive medication and treatment.

Dr Kawther Hashem, Campaign Lead at Action on Sugar told FEMAIL: ‘If ever there was an opportunity to finally transform our food system to save lives – this is it – especially the call for a landmark Salt Reformulation Tax which will make the UK the first country in the world to have a mandatory salt levy. 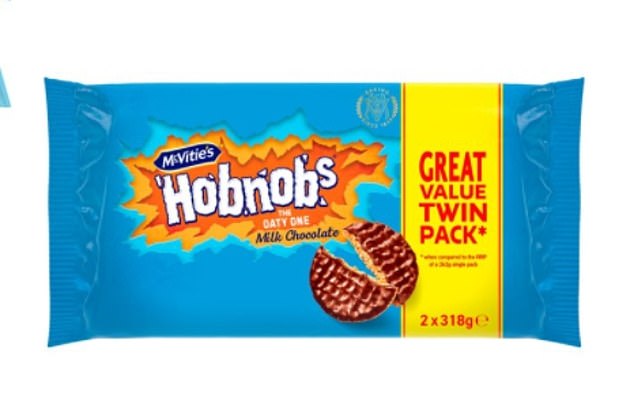 A pack of chocolate HobNobs could be 31 per cent more expensive under a new ‘snack tax’ which could see families spending up to £250 a year more of food.

‘Not only will the tax incentivise further innovation and reformulation, such as the use of potassium chloride – which is less harmful to health than conventional salt, it will build a better food system for a healthier nation.

‘Previous attempts by the government to encourage voluntary reformulation have failed which is why more fiscal measures are urgently needed to address the country’s shocking health inequalities. The question is, are food manufacturers willing to make their food healthier by reformulating?’

‘Without doubt, a landmark Sugar Reformulation Tax would fix the current issues seen with the voluntary sugar reduction programme. The last progress report showed how far we are from meeting the 20 per reduction with only a minuscule 3 per cent reduction.

‘This can be compared with the Soft Drinks Industry Levy which has seen a whopping 35 per cent reduction in sugar within just four years. 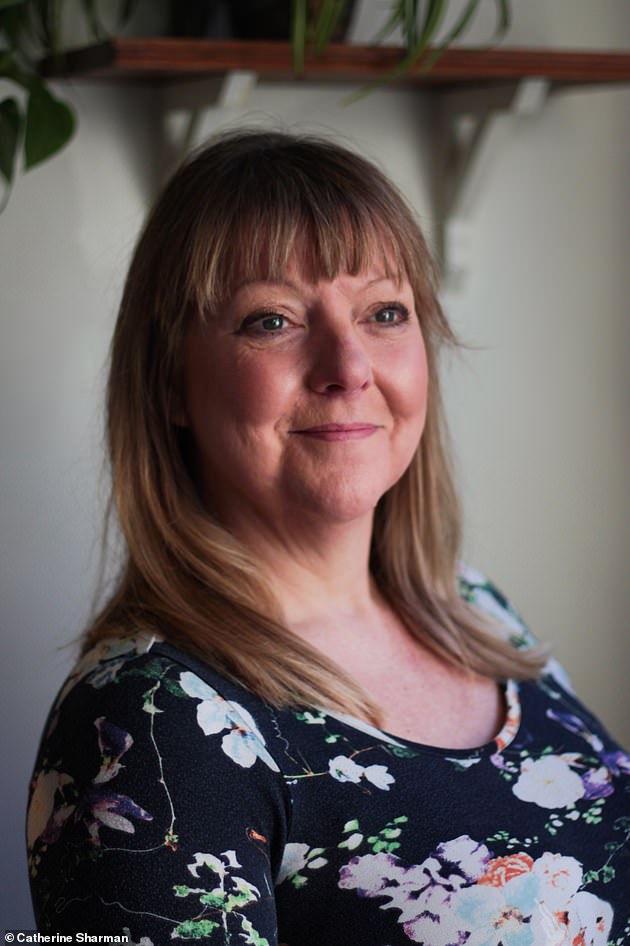 Catherine, who works as a nutritionist, also has an award winning restaurant serving hand crafted meals made with health in mind, as well as range of ready meals designed to help improve sleep, clarity of mind and immunity.

‘This demonstrates the power of government to help save the NHS by reducing the risk of obesity and type 2 diabetes. Never has this sugar tax been so vital.’

But Catherine believes there’s still questions to be asked beyond simple taxation.

‘We are only aware of the top level labels and information we are “told” from the government,’ she added.

‘Because we are not trained, we don’t understand how or why refined sugar, for example, may contribute to cardiovascular disease.

‘Because we don’t understand these connections, we are not motivated to think of creative ways to try to use less of them in the food we are producing – or perhaps more poignantly not rely on high amounts of sugar and salt (and fat) for the enjoyment of the dish.

‘With regards to the implications of making these taxes compulsory, the question is, will it motivate chefs to adapt by understanding the real health implications, or will they simply put all their prices up to reflect the increased taxes?

‘Will the cost simply be passed onto the consumer rather than the consumer benefit from a more forward thinking health focused approach with a more nourishing dish that poses less challenges for the body and long term chronic health?

‘The responsibility for our health should not just be down to the individual, we all have a responsibility to understand how to care for the health of the people we are cooking for.

‘When I trained as a nutritional therapist and became aware of the implications for the body of things like refined sugar and processed salt in the foods we are eating, I re-trained myself, I adapted all my recipes to use ingredients, cooking and preparation methods that worked with the body rather than contributing to further challenges and complications for it.

‘It’s definitely not about completely cutting out these ingredients – we cannot live our lives without sugar – however, it is important to understand the long term effects and ensure that even sweet treats contain ingredients that nourish us and don’t contain or limit ingredients that challenge the body by choosing alternatives  and adapting recipes where we can.