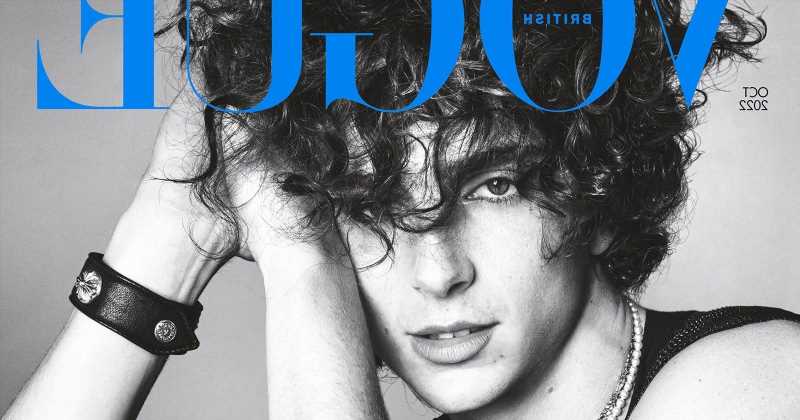 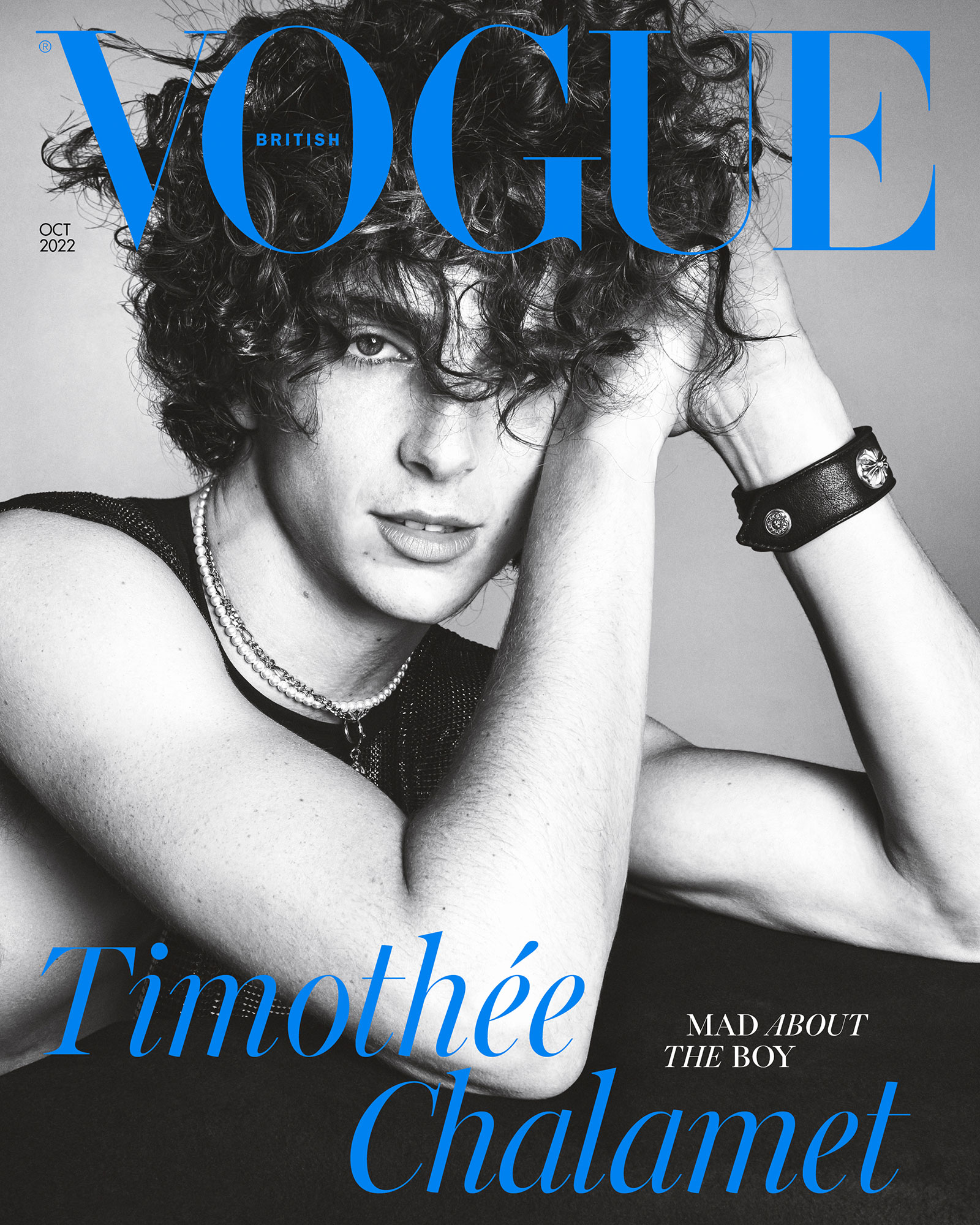 Timothée Chalamet is a game changer. The actor made history as the first man to grace the cover of British Vogue — all by himself.

The fashion publication’s editor-in-chief, Edward Enninful, revealed the October 2022 issue in a letter published on Thursday, September 15. “For the first time in British Vogue‘s 106-year history, this month a man is flying solo on our cover,” Enninful, 50, wrote. (While men have been seen on the front of British Vogue in the past, they’ve been accompanied by models and actresses.)

On the cover, the 26-year-old Dune star is seen rocking a drool-worthy pose as his signature full head of curls fills the page. The New York native complemented his crown with a pearl necklace and a dazzling embossed blazer by Louis Vuitton. Inside the issue, Chalamet channeled his inner rockstar, debuting streaky pink hair, which was paired with a fringe vest and leather pants from Balmain. In another shot, the movie star donned a mullet and a crop top by Gucci. 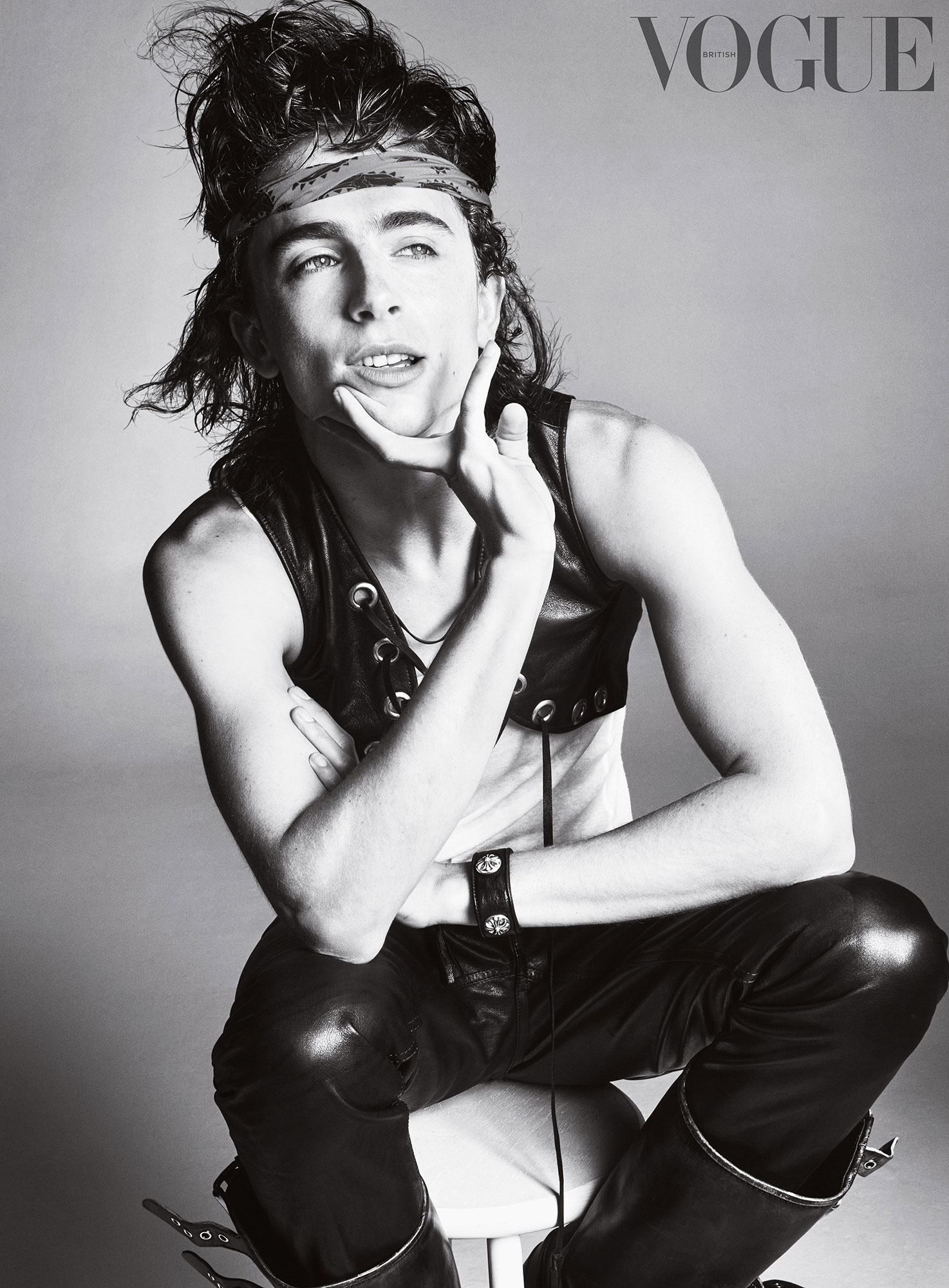 Speaking on his decision to put Chalamet on the cover solo, Enninful explained that he wanted to break free from “tired old gender boxes.”

“I always held off from a man-only print magazine cover,” he wrote. “Forever conscious of Vogue being a space that celebrates women first, I didn’t want it to be a stunt or a statement. Are men in dire need of more places to dazzle on their own, I pondered. The answer, of course, is no. Yet, in turn, it increasingly felt to me that there was something at best old-fashioned, at worst dangerously retro, about these tired old gender boxes.”

He continued: “Fashion doesn’t always work that way – is every last piece in your wardrobe strictly designed for the gender with which you identify? I doubt it. Sex and fashion these days is no longer about va-va-voom dressing, it’s about expression and personal ease. It’s about politics and playfulness. It’s about dressing to make yourself feel good.”

With that message in mind, the Ghana native said he realized: “Perhaps I was waiting for the right man.” 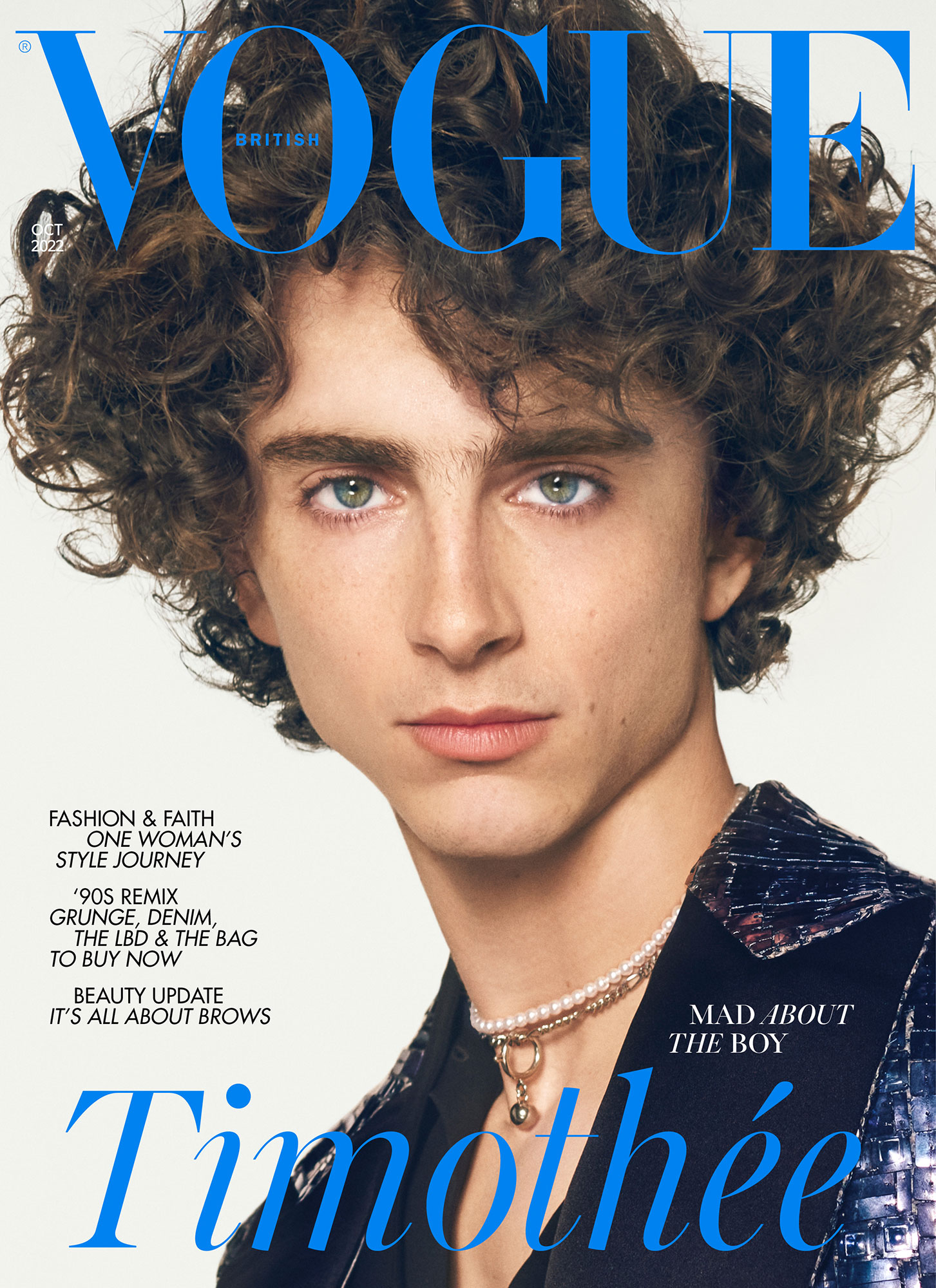 “Certainly, I was waiting for us all to evolve a little further, for the moment to feel right, to have it feel like less of a ‘thing.’I wanted it to feel effortless. And then, one day, it… did,” Enninful wrote.

He went on to praise Chalamet as not only a “modern” man and an incredible actor, but also a person with a “feverishly followed fashion persona.”

True to Enninful’s point, Chalamet made the 2022 Venice Film Festival his own personal runway, attending the premiere of his new film, Bones and All, wearing a silky red halter and matching pants made custom by Haider Ackerman. The bold ensemble was praised by fans with one tweeting: “Please take a moment to pause and appreciate what Timothee Chalamet does for the people. Damn. He’s been missed on a carpet.”

In his interview with British Vogue, the Little Women actor opened up about the movie and his bustling career. (Bones and All, which officially hits theaters in November, is a coming-of-age romantic horror film that also stars Taylor Russell.)

“I had a delusional dream in my early teenage years to have, in my late teenager years, an acting career,” Chalamet told British Vogue. “And in my late teenage years, working on Homeland and starting to do theatre in New York, I felt like I reduced my goal to something more realistic, which was to work in theatre and hopefully make enough money doing either a TV show or something I could sustain myself [with].”

He added: “And then it felt like every dream came true, exponentially. And then life is moving at six million miles per hour.”

See the full feature in the October issue of British Vogue available via digital download and on newsstands Tuesday, September 20.