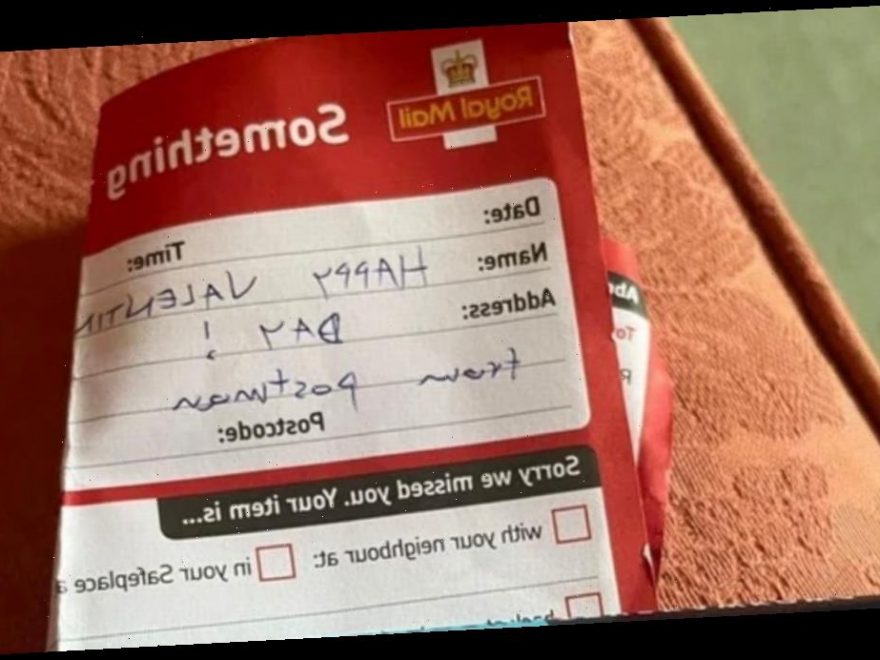 A postman has been called a 'hero' for buying a sweet Valentine's Gift for an elderly woman.

Many people might feel lonely on Valentine's Day and upset if they're not expecting to get a present from anyone.

However, the thoughtful postie made sure one elderly woman felt special by deliver her a gift.

Instead of just letters, he also dropped her off a big bar of chocolate for Valentine's Day as well as a note.

The message, which he wrote on a Royal Mail delivery slip, read: "HAPPY VALENTINE'S DAY! From postman."

The sweet gift and message was shared on Reddit by the woman's grandchild, who goes under the username i_am_dan.

He wrote online: "Postie gave my Nan valentines choccies, what a hero!"

Fellow Reddit users were loving the post, with it racking up more than 5,400 upvotes and hundreds of comments.

A third chimed in: "That's so sweet."

However, some cheeky social media fans couldn't help but joke the postman was after a date with his nan too.

One quipped: "Watch out for changes in your gran’s inheritance."

As another added: "Somebody's got a new granddad."

Another Royal Mail worker hit headline recently, however unfortunately it was for far less sweet reasons.

OAP Patricia Stewart was left stuck in the snow and unable to get up outside her home in Bainsford, Falkirk.

However, the Royal Mail postman watched on and then did nothing to help her – and she still hasn't got an apology.

A Royal Mail Spokesperson said of the incident: “Royal Mail expect the highest standards of behaviour from our people while out on deliveries and collections at all times. We regularly remind our postmen and postwomen of the important role they play in their local communities.

"We were very sorry to learn about this incident, and for the distress this incident has caused. We are in touch with the customer concerned and will be investigating this incident.”