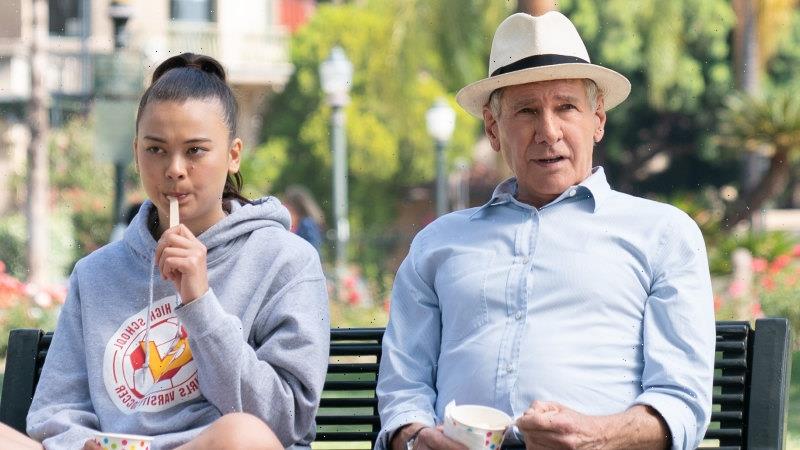 They did it! Not to bury the lead – which is that this gem of a Californian comedy has humour that both stings and illuminates – but Shrinking gives Harrison Ford a supporting role he legitimately crushes. The 80-year-old legend’s Paul Rhodes, an ageing, ailing psychiatrist who works alongside the show’s central character, Jason Segel’s fellow shrink Jimmy Laird, has a no-time-to-waste directness that manifests as dismissive banter and surreptitious support. “Sometimes,” Paul tells Jimmy, “it’s OK if you don’t chime in.” 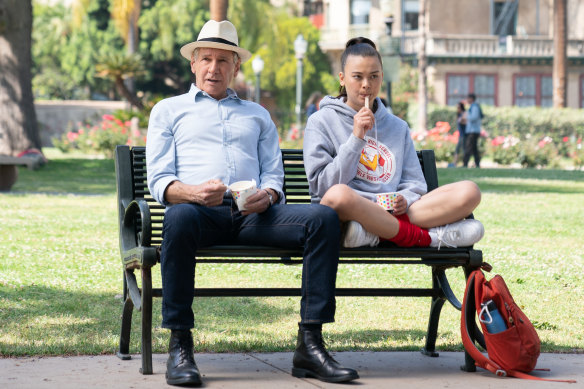 That’s a retort that is repeated in various forms – some far less polite – throughout this show. Whether as doctor and patient, or friends and family, Shrinking knows that we’re all connected in multiple ways to those around us. It laughingly dismisses the concept that isolation is the modern norm, but acknowledges that we’re sometimes oblivious to these various bonds and that solidifying them is painful and self-incriminating. The characters pinball from one to another, and each collision gives off bracing sparks.

Fresh from a year-long bender following his wife’s death, Jimmy starts to bluntly – and unethically – meddle with his patient’s lives, even as his teenage daughter, Alice (Lukita Maxwell) has found a surrogate parent in next-door neighbour, Liz (Christa Miller). Jimmy is also dodging his best friend, Brian (Michael Urie), while at their Pasadena practice he’s trying to get Paul’s approval and work alongside his late wife’s best friend, Gaby (Jessica Williams). Connections abound – Paul and Alice hang out, for example – and the implications are heartfelt but imperfect.

Shrinking will draw comparison to Apple’s signature comedy, Ted Lasso, because Segel’s co-creators Bill Lawrence and Brett Goldstein are integral to that show and because there’s a tone of everyday optimism in both series. But the emotional stakes are stark here, pain is more prominent; whenever you think there’s a feel-good moment looming, the narrative has a habit of lopping it off at the knees so the characters have to start again. Somewhere, Sisyphus and that boulder are laughing. 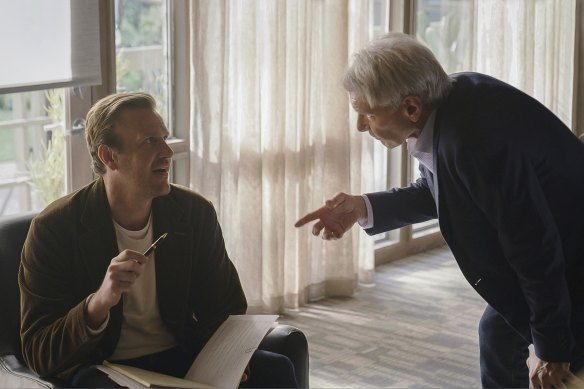 Supporting roles, such as Jimmy’s war veteran patient turned pool house tenant Sean (Luke Tennie), are unfolded in unexpected, involving ways, and the dynamics between different parts are equally amusing and illustrating; Paul and Gaby trading opinions in the office break room is a pleasure. Buoyed by Segel’s gangly, manic enthusiasm, every day in this show oscillates between pain and happiness, but optimism wins out. You can see how they crafted it, but Shrinking prevails on a deeper, fundamental level. It’s quite the wonderful show. 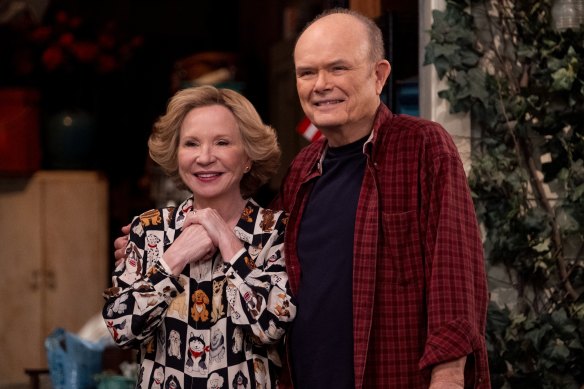 It’s a nostalgia double bill: fans of That ’70s Show get a return trip to the Wisconsin basement that was the primary set for the show’s eight seasons that aired between 1998 and 2006, while Generation Xers get a sustained flashback to their youth as the new batch of teenagers enter the grunge era. The clothes are updated, but the structure and goofy plots are mirrored as Leia Forman (Callie Haverda), daughter of the original show’s Eric and Donna, spends the summer with her delighted grandmother (Debra Jo Rupp) and dismayed grandfather (Kurtwood Smith). Familiarity really does breed content. 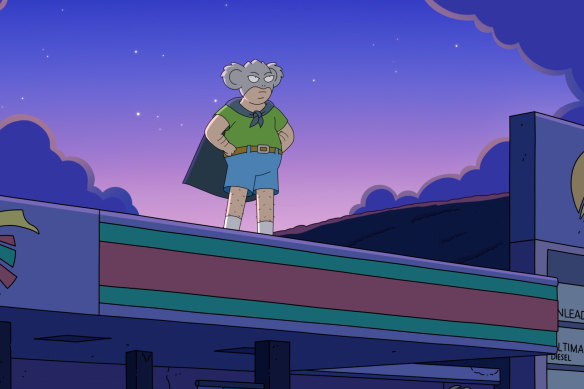 Koala Man creator Michael Cusack also provides the voice for his superhero, a suburban dad obsessed with littering and lawns.Credit:Disney+

As shown with his Stan adult animation series, YOLO: Crystal Fantasy, writer and director Michael Cusack has an ear for absurdist plots and Australian idiosyncrasies. Moving to Disney+ for his latest offering, where an officious suburban family man, Kevin Williams (Cusack), tries to bring order to the streets of Dapto in Wollongong as a superhero without superpowers, Cusack delivers sarcastic commentary, tears madcap holes in reality, and lets Sarah Snook shine as Kevin’s wife and school canteen lady, Vicky. It’s droll, brisk, and a vernacular-laden commentary on superhero obsessions. And definitely not for children. 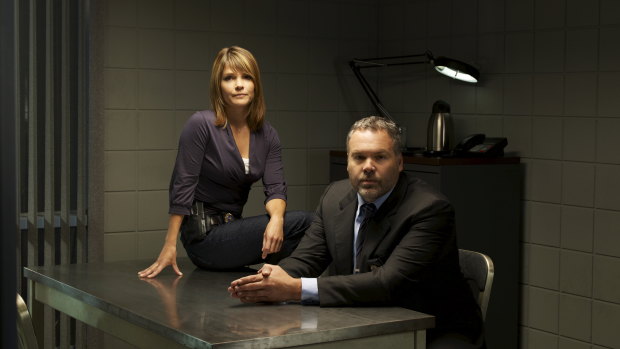 As much as I enjoyed Jerry Orbach’s Detective Lennie Briscoe in the original Law & Order, my favourite iteration in the franchise was this 2001 police procedural set inside both the NYPD’s Major Crimes Squad and the oddly angled head of Vincent D’Onofrio. The latter’s detective Robert “Bobby” Goren, partnered with Kathryn Erbe’s Alexandra Eames, was the fulcrum of the show, pushing and pulling at the genre’s conventions while puzzling out crimes and analysing suspects. Binge has just added the first five seasons, which are the prime Goren years.

An original commission from the Australian-based architecture streaming platform, these 12-minute micro-episodes are each as contained, precise and evocative as the small but unique Icelandic homes they profile. Whether it’s a 24-square-metre glass cottage situated on an otherworldly plain beneath the Northern Lights or a converted water tower, these residences mix contemporary design and low footprint philosophies with science-fiction vistas and future-facing owners. Director Damien Lipp establishes the basics both narratively and visually, but across an hour of viewing you can’t help but have your own imagination stoked.