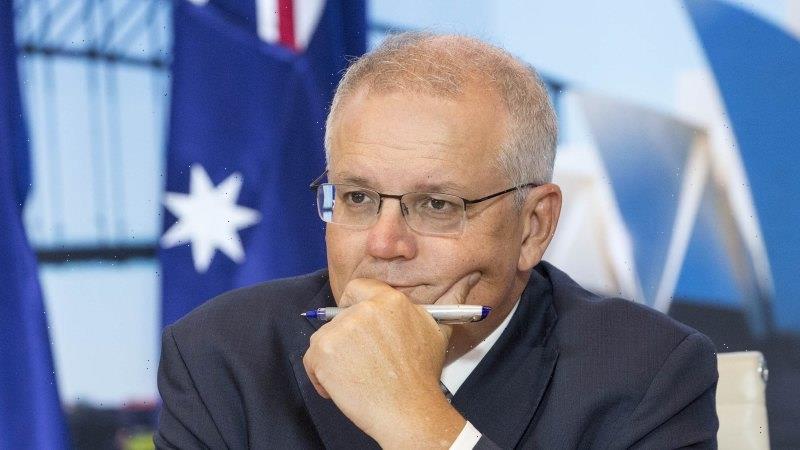 A prominent public policy organisation has briefed a group of diplomats and foreign mission staff on what it says are misleading figures used by the federal government about the scale of Australian greenhouse gas emission reductions. 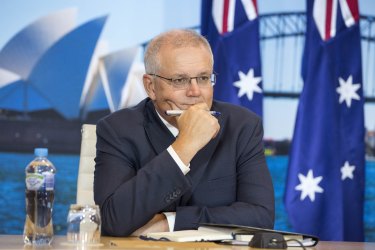 Prime Minister Scott Morrison at the start of the White House climate summit in April.Credit:Jessica Hromas

The progressive Australia Institute held the briefing on its analysis for diplomats and staff representing just under 50 foreign missions, including most of the Group of 20 wealthy nations on Thursday in Canberra.

The institute told the diplomats that though Prime Minister Scott Morrison told leaders at United States President Joe Biden’s climate summit in April that Australia had reduced emissions by more “than most other similar economies”, once changes in land use were removed from the calculations, national emissions had actually increased by seven per cent since 2005.

When emissions reductions from not clearing land for agriculture are included, Australia in 2019 had reduced its emissions by 19 per cent from 2005 levels, meeting Kyoto commitments and putting it on track to meet Paris commitments.

“Left wing political groups like the Australia Institute will never acknowledge Australia’s achievements in this space, because it doesn’t suit their biased agenda,” he said.

Norwegian Ambassador Paul Larsen, who attended the briefing, said he was aware of the Australia Institute as a well-respected research institution with a “government critical approach.”

He said he saw the point that the institute was making, and the figures presented were new to many who attended.

But he said Norway would not be criticising Australia, noting it was a significant exporter of fossil fuels itself, and Australia was meeting the targets set in the Kyoto climate agreement by the standards Australia had negotiated.

“This [method of emissions accounting] was part of the negotiations and I think nobody can criticise Australia for negotiating well,” Mr Larsen said.

Norway had chosen not to include carbon stored in its forestry sector because it would have made it “too easy” to meet reductions targets, he said.

Mr Larsen said he was aware of both the federal government’s so-called gas-led recovery and its “technology not taxes” strategy to bring down emissions. Gas had helped Europe reduce emissions, he said, adding Norway had adopted a “tax and technology” approach, and was rapidly and dramatically increasing the price emitters had to pay in tax in order to drive down its national emissions.

A spokeswoman for the British High Commission said it would share the Australia Institute report, to be published in full on Monday, with UK teams working on the UN Climate Change Conference, known as COP26, to be held in Glasgow in November.

Richie Merzian, the former climate diplomat who is now director of the Australia Institute’s climate and energy program, said the purpose of the briefing was to let foreign governments know that in its view Australia might be meeting its targets, but its policies were failing to meet the Paris Agreement’s goal of decarbonising economies.

Director of the Centre for Climate and Energy Policy at Australian National University Frank Jotzo, who has also seen the report, said its analysis was correct, “unsurprisingly as it is simply taken from the national emissions inventory.”

He said almost all the 19 per cent reduction of emissions achieved in Australia since 2005 was due to shrinking the amount of land cleared for agriculture.

But he said these reductions were genuine and were in keeping with what is known as “the Australia clause” in the Kyoto agreement.

Professor Jotzo said no other developed nations used this as a meaningful part of achieving emissions targets.

He said Australia could do far more to reduce emissions from inefficient industrial, transport and manufacturing practices, though significant advances are being made in the electricity sector with the adoption of renewables.

Professor Jotzo said Australia might be badly received if it berates other developed nations that have succeeded in reducing energy related emissions, while Australia has taken the “easier path” of including reduced emission associated with cuts in land clearing, yet not strengthening its 2030 target.

Over recent months Mr Morrison has shifted his rhetoric on climate, saying his preference is to reach net zero by 2050, but so far Australia has kept its 2030 reduction target of 26-28 per cent of 2005 levels.

Norway’s target is a reduction of at least 50 per cent and towards 55 per cent below 1990 levels by 2030, broadly in line with the new United States target.

Science and health explained and analysed with a rigorous focus on the evidence. Examine is a weekly newsletter by science reporter Liam Mannix. Sign up to receive it every Tuesday.