Stamp of approval! Foodgod dished to Us Weekly about how Kim Kardashian’s relationship with Pete Davidson has positively affected her.

“Kim’s always happy. That’s the beauty of Kim,” Foodgod (formerly known as Jonathan Cheban) exclusively told Us on Wednesday, May 25, while promoting his partnership with Hertz. “She’s been happy since I’ve met her and that’s why she’s so successful.”

The Food God star, 48, noted that while “nothing really bothers” the Skims founder, 41, her “positive vibe” has continued to grow with Davidson, 28, by her side. 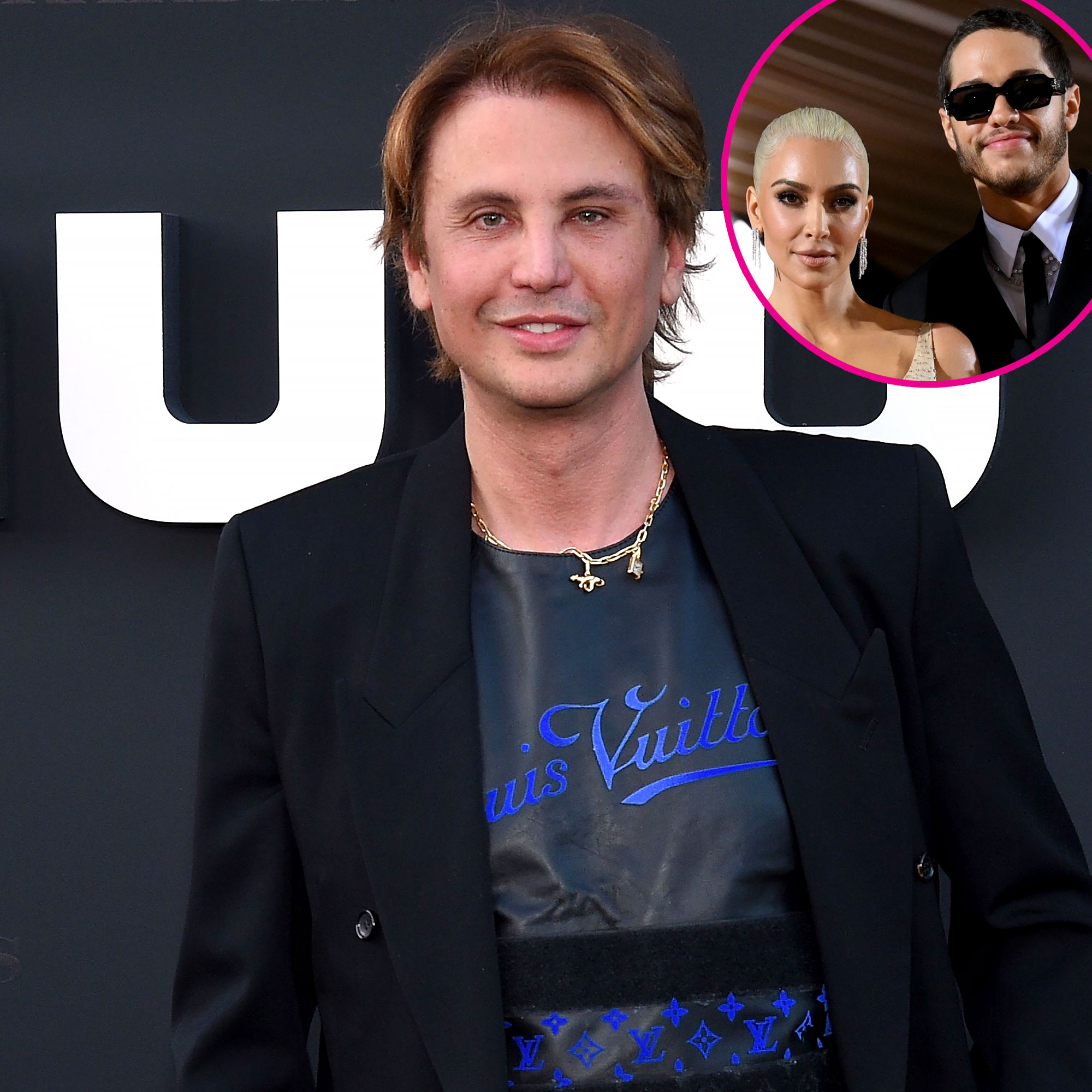 “I’m just happy that she’s happy,” the former publicist confessed, adding that he recently went out to dinner with the couple and got to know the Saturday Night Live alum better. “He’s funny and I like funny.”

Foodgod, who has legally changed his name, explained that Davidson is “extra funny,” which resulted in the group having a good night following the April premiere of The Kardashians.

Kardashian and Davidson were initially linked in late October 2021 after connecting during the reality star’s SNL hosting debut earlier that month. The relationship is the first for the KKW Beauty founder since she filed for divorce from Kanye West in February 2021.

The Keeping Up With the Kardashians alum, who shares daughters North, 8, and Chicago, 4, and sons Saint, 6, and Psalm, 3, with the rapper, 44, was declared legally single in March.

While Davidson wasn’t by Kardashian’s side when Kourtney Kardashian and Travis Barker exchanged vows for a third time in Italy on Sunday, May 22, a source exclusively told Us that they’re still going strong. (The King of Staten Island star was in New York City filming his final SNL episode on Saturday, May 21, while the Kardashian-Jenners were in Europe toasting the happy couple.)

“Kim and Pete are even happier now that they can attend events together and be in public,” the insider said earlier this month, referring to the duo’s red carpet debut in April. “They love spending as much time together as possible.”

Foodgod, for his part, has been busy with his Discovery+ series, which the Kardashians have appeared on, and working with Hertz to surprise customers at Los Angeles International Airport with food truck options pre-flight. The event takes place on Wednesday.

“I wanted to pick two food trucks that I really thought would be really fun and different and represent L.A. with customers coming to Hertz here,” Foodgod told Us on Wednesday of the special event. “It’s just really [these kind of] moments that matter with Hertz and kind of giving their customers an experience here at LAX. When they get off the plane [and are] on their way to get their cars, or out right before they get into their cars, they get to eat and [be] happier for their travel for the big weekend.”