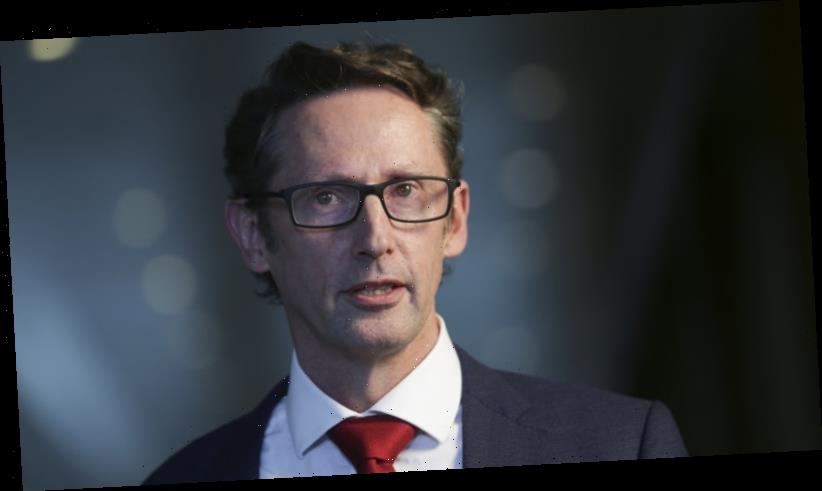 Coalition MPs have been urged to vote down the government’s planned overhaul of the $3 trillion superannuation sector, with Labor warning a proposal to let the treasurer block investments by funds could set a dangerous precedent for corporate Australia. 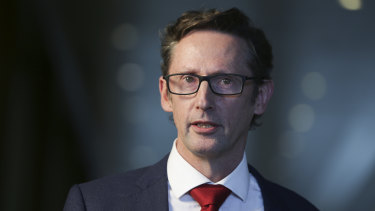 Labor financial services spokesman Stephen Jones: “We are unaware of another instance where, during peacetime and without any national security concerns, a Treasurer has been given the power to cancel an investment decision.”Credit:Alex Ellinghausen

But the super industry and Labor have raised concerns about several measures in the Your Future Your Super legislation, including giving the government the ability to block funds from making spending decisions and investments it does not like.

“We are unaware of another instance where, during peacetime and without any national security concerns, a treasurer has been given the power to cancel an investment decision,” he says in the letters seen by this masthead.

Mr Jones asks the MPs to take a closer look at the specific regulations, warning the powers could be extended to other corporations and urging them to vote against the bill.

“The Parliament should not countenance this radical proposal. It creates a dangerous precedent,” he says.

“This unprecedented overreach of Commonwealth power will create sovereign risk. It is a power that will reach into the boardroom of every Australian business.”

In his letter to Nationals senator Bridget McKenzie, Mr Jones added a postscript saying the reforms would be “very bad for regional investments”, and he told Resources Minister Keith Pitt and Nationals MP Barnaby Joyce the bill would unite “miners and Greenies”.

In a note attached to a letter to chief government whip Bert van Manen, Mr Jones described the bill as a “real dog”. “You should find a way to kill it,” he says.

To Jason Falinski, who has been critical of the super sector’s handling of members’ funds, Mr Jones said the Liberal MP would “never be able to bag Big Govt again if this gets through!”

The Senate economics legislation committee is holding two days of public hearings this week in Sydney and Melbourne where regulators, super funds, law firms, unions and financial groups will be appearing to discuss the bill. The committee is due to report by April 22.

The super industry has previously warned the proposed changes are an “overreach” threatening investment confidence. But Superannuation Minister Jane Hume says the measures will increase transparency and save members $1.1 billion over 10 years.

Some Coalition MPs are concerned super funds use members’ money for politically motivated advertising campaigns that aren’t in the best interests of workers. This spending could potentially be limited under the changes.

Industry Super Australia recently launched a multimillion-dollar free-to-air TV ad campaign criticising the government for “meddling” in superannuation over concerns legislated increases in the super guarantee could be scrapped. This advertising and previous campaigns are being looked at by the regulator.

A submission to the committee by the nation’s largest fund, AustralianSuper, says the proposed powers are “seemingly bizarre” but intended to ensure super funds provide the products or services members pay for.

“If this is the sole purpose of the provision it should be more clearly stated as such,” the submission says. “Of particular concern to us is that regulations may prohibit or restrict trustees from making certain investments on behalf of members, even if they are in the best financial interests of members. The exercise of such a power directly contradicts existing law and prudential standards.”

A recent Australian Institute of Superannuation Trustees survey of chief investment officers of super funds collectively managing $620 billion of assets found widespread concern about the proposed changes’ potential effect on their ability to invest with confidence and, as a result, members’ overall returns.