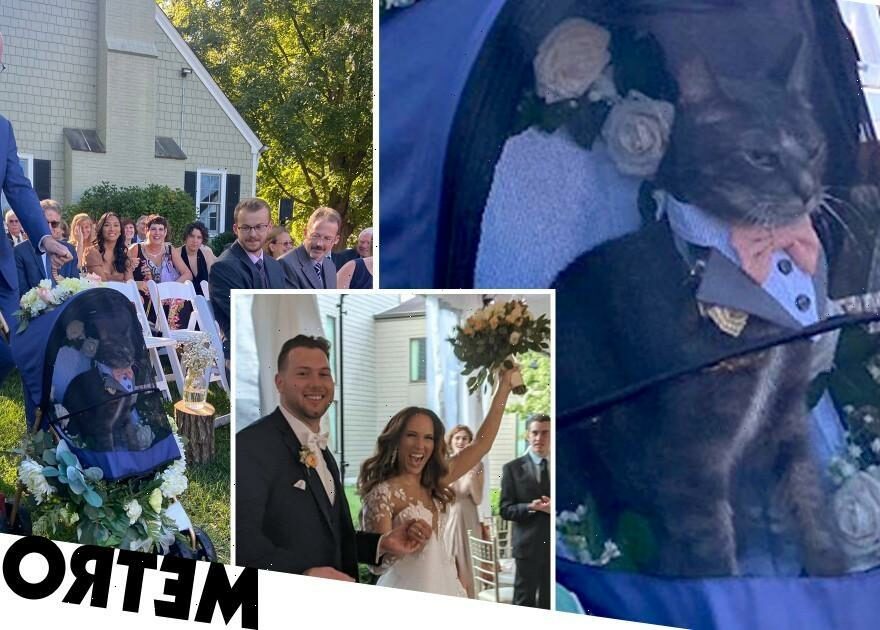 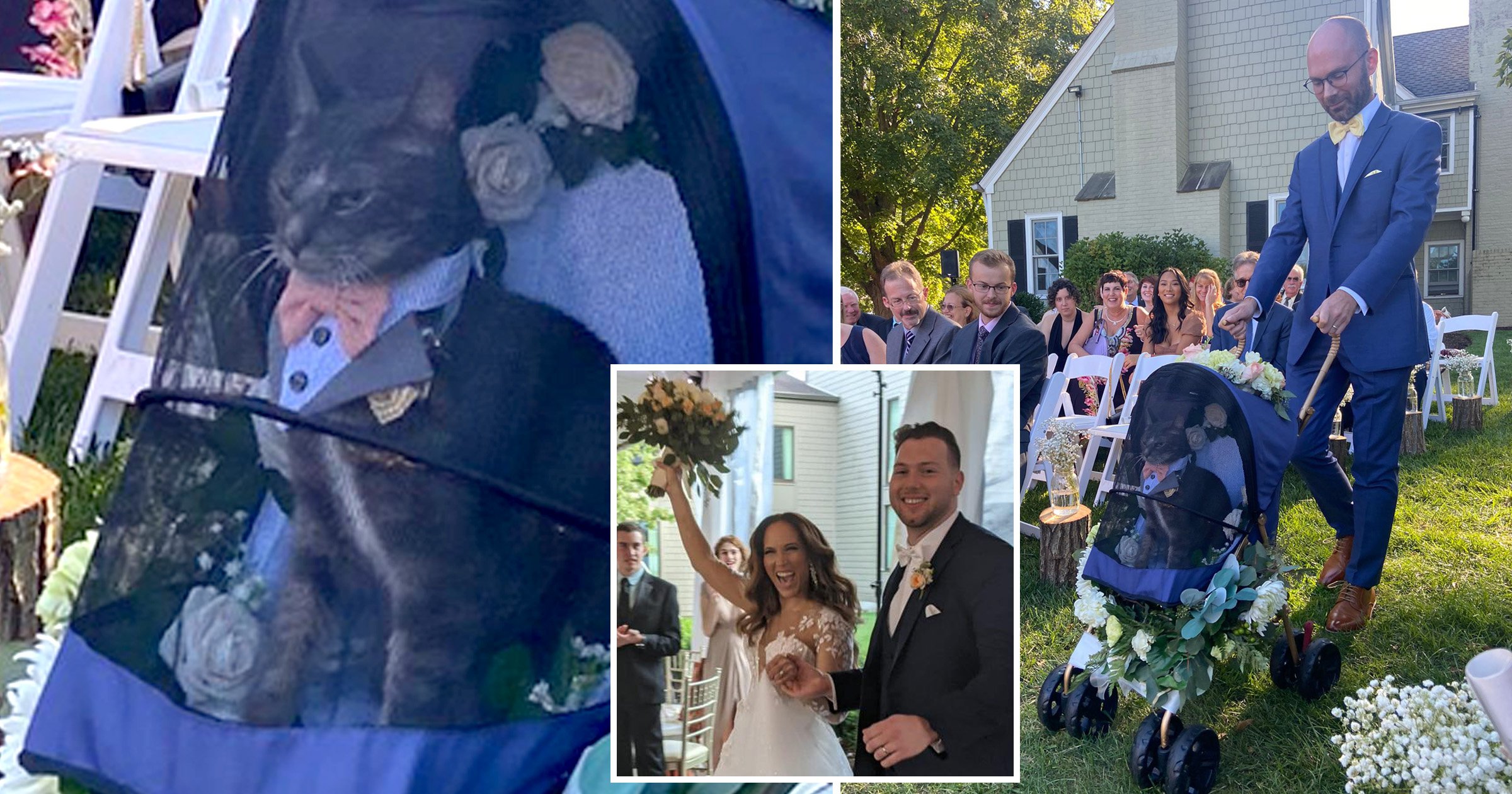 Moose the cat understood the assignment.

Tasked with performing as the ring bearer at the wedding of his owners, Diana Gonzalez, 36, and Nicholas Edward Donatelli, 27, the six-year-old cat arrived in a custom-made suit, pushed in a pram.

Siamese kitten Lily served as flower girl, but it was Moose who was the star of the show.

The cat was a major hit among the 110 guests at the ceremony in the Chauncey, Princeton, New Jersey, earlier in September.

Diana and Nicholas had long planned to have their pet involved in their big day, and so spent £30 on Moose’s outfit – a salmon-coloured bow tie and a tux – to ensure he fit the theme.

‘We had a no children wedding, but wanted to include our fur babies so I was just thinking “how do we do this?”,’ said Diana.

‘Then I googled it and saw the pet carrier. We ordered it a few months before the wedding, and we couldn’t get him away from it, it worked out perfectly.

Nicholas added: ‘I’m thankful to everyone who got a kick out of it and enjoyed it, Moose going viral is just the cherry on top of getting married.’

Diana’s brother-in-law Richard was more than happy to escort the kitty into the event, especially as the reaction from attendees was so great.

He said: ‘I had a blast helping Moose get ready for his big moment.

‘After coaxing him out from under the bed back at the apartment and getting him dressed in his outfit before our drive to the venue, he was a great sport about his role in the wedding, and he seemed to really enjoy the attention.’