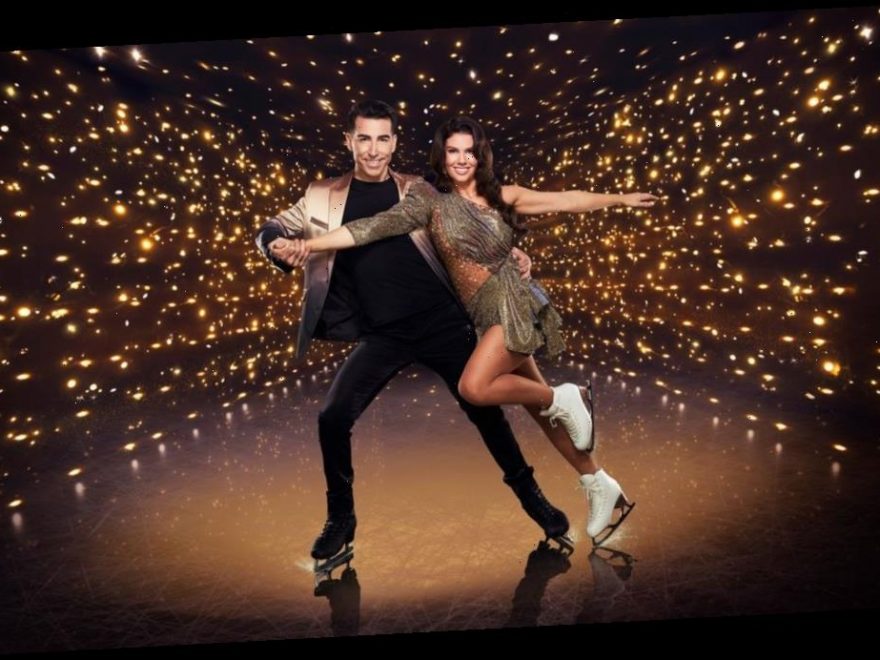 Dancing On Ice is well and truly back on our screens after returning with glitter, sparkle and sensational skating skills.

Rebekah Vardy is among the stars making an ice skating debut this year, as she takes to the rink with pro partner Andy Buchanan.

And it’s safe to say the 39 year, who’s married to footballer Jamie Vardy, has impressed the judges and viewers at home with her dazzling performances so far.

But who is Rebekah’s partner Andy? Let’s find out a little more about the man guiding Rebekah on the ice…

Who is Andy Buchanan?

Andy Buchanan is a professional ice skater from Alberta, Canada.

The star’s skating journey began at just seven years old and he went on to become a seven times Western Canadian Champion.

Andy then turned professional in 1999 and he’s popped up in Disney On Ice too, in the likes of Scar, Simba, Tarzan and Aladdin.

The professional dancer first popped up on our screens in 2008 when he joined the ITV completion, dancing with Anthea Turner.

Now, Andy is paired with Rebekah and she told the Express on the run up to the show: “We feel so fortunate.

"While people are having to stay at home, we’re able to go out and continue our skating. That, for me, has been incredible for my brain – to be able to focus on something that’s not reality.”

While the pair have clearly been getting their practice in and doing a sensational job on the ice, it hasn’t been without its bumps along the road.

Rebekah accidentally injured Andy with the blade on her ice skate and left him with a nasty cut on his face which left him in hospital.

Andy got stitches and Rebekah said at the show’s launch: “That was the most horrific experience.

"We were doing a move and the last thing he said to me was 'don't kick me in the face'.

"I said 'why would you say that, you're going to jinx us.'

"Then he nearly dropped me and I was like 'oh s***' what's gone on and when I looked at him I saw him holding his face.”

Who is Andy Buchanan married to?

Andy Buchanan is married to fellow professional ice skater Robin Johnstone and the sweet pair met on the rink while working at Disney On Ice.

The couple have been together for 13 years and Robin is another familiar face on the Dancing On ice rink.

Robin, who is also from Canada, began skating at just two years old and she went pro when she turned twenty.

Robin worked on Disney On Ice, as well as for Toronto Ice Theater, Paramount Canada's Wonderland and Paramount Kings Island.

The skating star has also performed for Cirque du Soleil and Holiday on Ice.

While on hit ITV show Dancing On Ice, Robin has partnered with Gareth Thomas and Joe Pasquale and other stars, and this year she is skating alongside comedian Rufus Hound.

Andy and Robin might be in competition with one another now, but they’ve previously skated as a double act as Jasmine and Aladdin – too adorable!

Take a look at the star-studded Dancing On ice line-up for 2021.