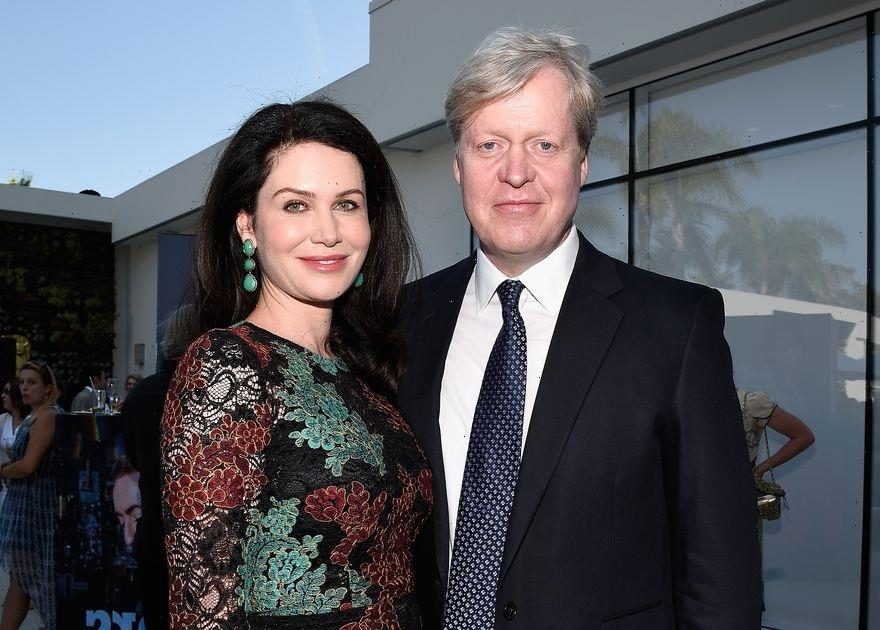 Charles Spencer is the brother of the late Princess Diana, and he is also known as the 9th Earl of Spencer.

Charles, 57, inherited his title when his father passed away in 1992, and he is the younger brother of sisters Lady Sarah McCorquodale, and Lady Jane Fellowes.

As well as his connection to Diana, Charles’ other royal association is with Queen Elizabeth herself, who is his godmother.

The 57 year old has been married more than once, and divorced his first wife, Victoria Aitken, in 1997 and his second wife Caroline Freud in 2007.

Charles is a father to seven children, Kitty, 29, Eliza and Amelia, 28, Louis, 26, Edmund, 16, and Lara, 14, and he also shares an eight year old with his current wife Karen Countess Spencer.

Here’s everything you need to know about Charles’ wife…

Who is Charles Spencer’s wife Karen?

Karen, 48, is a philanthropist and the founder of Whole Child charity.

As well as her daughter Charlotte, who she shares with Charles, Karen is also a mum to elder daughters Emma, 22, and Kate, 19, who reportedly “adore” their stepfather Charles.

Charles and Karen married in June 2011, at the family estate in Northamptonshire.

Charles’ stunning wife can be found posting to 12,000 followers on Instagram and she frequently shares photos of their beautiful home.

Karen is clearly a lover of nature and the outdoors, as images of animals and flowers dominate her social feed.

As she took on the role of stepmother to Charles’ six children, she discussed how she'd found the new maternal position.

The couple gave a joint interview to The Sunday Times, in which Karen revealed: "I'm a fixer. I'm hugely overconfident and I probably underestimated the complexities of being a stepparent.

“I don't get to have an opinion about his children. I can have an opinion and give it to him, in our bedroom, but not to them. I just wish I could say I'd adhered to it the whole time. Step-parenting plays to Charles's strengths and my weaknesses…

"Charles's older four were pretty much grown up when I came on the scene, so my job, which I hope I've achieved, was simply to make everyone feel welcome."

Karen also said that their daughter Charlotte is “pretty much an only child, but she adores her big brothers and sisters.”