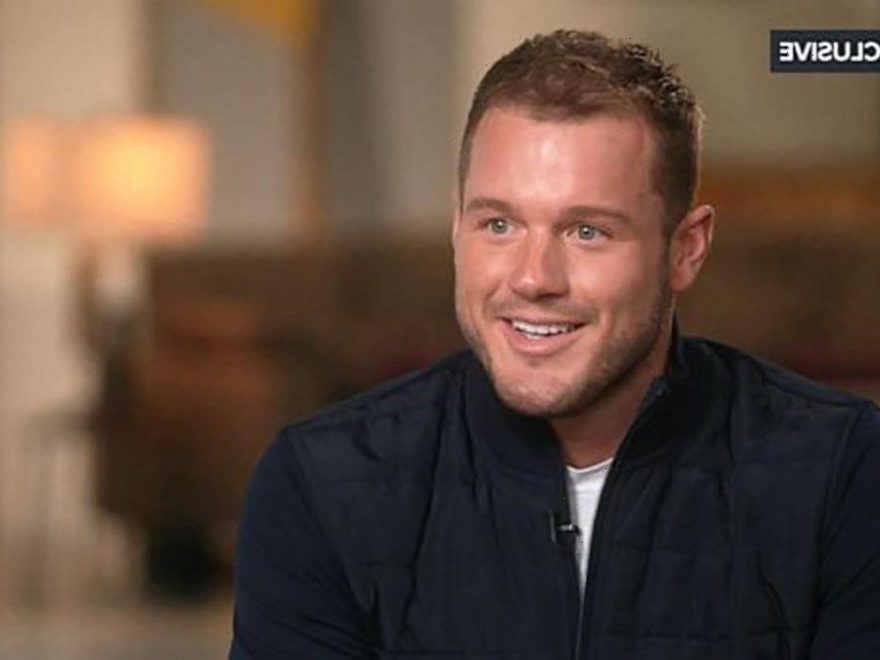 During his season, even Billy Eichner told him, “Maybe you’re the first gay Bachelor and we don’t even know.”

“The Bachelor” star Colton Underwood came out as a gay man on Wednesday morning during an interview with Robin Roberts on “Good Morning America,” but his sexuality has been a talking point amongst fans and even on the show itself for years now.

Colton first appeared on the 14th season of “The Bachelorette” starring Becca Kufrin, where he spoke openly about his choice to remain a virgin, which he claimed was for religious reasons. Moving on to star in “The Bachelor,” Colton’s virginity was still a hot topic.

“One thing about being labeled the virgin ‘Bachelor’ was I fully was a virgin,” he told Roberts. “I could never give anybody a good enough answer on why I was a virgin. The truth is — I was a virgin bachelor because I was gay and I didn’t know how to handle it.”

During his own season, guest Billy Eichner actually cracked a joke about Underwood being gay — a clip that started going viral again on Wednesday morning. Eichner appeared on the show as a counselor in a camp-themed episode, where talk turned to Colton’s sex life. As the two spoke, Eichner told him one night stands are “fantastic,” before Underwood asked what Billy looked for in a partner.

“I’m gay, I know that’s a shock, Colton,” he said. “That I think you should look into. Maybe you’re the first gay Bachelor and we don’t even know. Put that in your promo.” Underwood awkwardly laughed, before the show rolled onto the next scene.

During his “Bachelor” season, he eventually gave the final rose to Cassie Randolph in March of 2019. They dated for over a year, in which Colton published “The First Time,” where he maintained the reality show helped him realize he was attracted to women. In the book, he also wrote about how he was bullied in grade school about his appearance, before rumors about his sexuality began to take over in high school.

“I was called fatso, four eyes and four lips, because I used to lick my lips, so I would constantly have a red ring around them,” Underwood said. “I was a little heavy, and that, combined with being socially awkward, led to a really hard time. I didn’t believe in myself. And I was super insecure.”

Underwood, who famously kept his virginity intact until he led the 23rd season of the ABC dating show, says he began wondering whether he was gay before the taunts began in high school. According to the book, he even searched “Am I gay?” online when he was in grade school.

“I didn’t know who I was. And I come from an athletic family, so it was always, ‘Move on, you’re good,'” he said. “So that threw me off. In high school, when I was struggling with my sexuality, I’m not going to talk to my parents about it. So I internalized it.”

“It was one of those things where you hear something so often, you start believing it,” he said of the homophobic bullying. “I thought, maybe I am gay. The captain of the football team should be having sex and drinking, right? But I wasn’t.”

He added that “even while my season [of The Bachelor] was airing, I battled the gay [rumors].” As viewers questioned his sexuality, he said it was nothing new, adding, “I’ve been there, done that now.”

When it came time to do promo for the book, that was obviously a hot topic. During an interview with Entertainment Tonight, he said the show taught him he was straight and “very, very attracted” to Randolph. “But it would have been OK if it would have been the other way too. I think that’s the biggest message I have for people,” he said at the time.

“If anybody takes anything from this or is going through this, if I help one young man or one young woman go through something that they’re struggling with — to let them know that they’re not alone — then I consider the book a huge success,” Underwood added.

“There was a rumor going around my high school that I was gay because I broke up with one of my girlfriends at the time. It even got to my mom, where my mom was pulled me aside and said, ‘You know what? We’d still love you if you were gay,'” he told the outlet. “I was like, ‘I appreciate that, but I gotta figure this out.’ It was a little awkward.”

He also told ET that his religion was only part of why he remained a virgin for so long, saying the fact he questioned his sexuality was also part of the equation. “Between my parents’ divorce in college sort of messing me up, between being bullied in grade school and high school and literally Googling, ‘Am I gay? Why don’t I want to have sex?’ and then internalizing it all and sort of moving forward with football,” he said, “I think it’s a mixture of all those.” Despite questions about his sexuality, Underwood said he “never acted on anything.”

He also later told Rolling Stone, “the bottom line is I’m not gay. I have love and support for anybody in the LGBT+ community and support that, and love is love at the end of the day.”

“I’m sort of used to it at this point, but I don’t think I’m ever going to give a good enough answer,” he added at the time. “I’m always going to almost feel like I’m on defense probably for a very long time.”

During his interview with Roberts, Colton admitted his feelings for Cassie were real, but he also apologized to her.

“I loved everything about her, and it’s hard for me to articulate exactly what my emotions were in going through that relationship with her because I obviously had an internal fight going on. I would just say that I’m sorry from the bottom of my heart. I’m sorry for any pain and emotional stress I caused. I wish that it wouldn’t have happened the way that it did. I wish that I had been courageous enough to fix myself before I broke anybody else.”