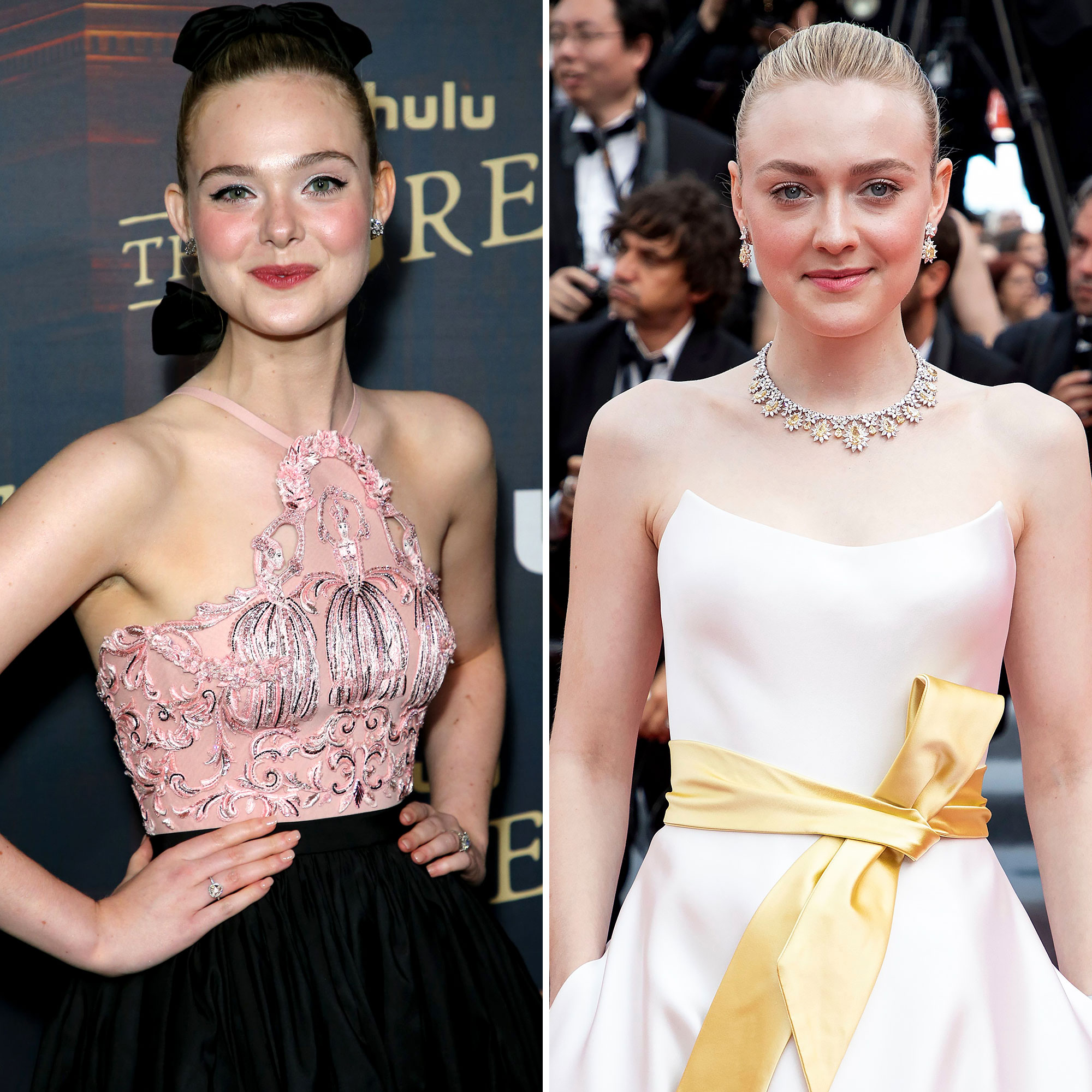 Taking one for the team! Elle Fanning turned to midwives and birthing videos to prepare for The Great’s season 2 pregnancy story line — including her mom’s home tape of sister Dakota Fanning being born.

“I was born during a tornado,” Elle, 23, told Entertainment Weekly on Tuesday, November 16, as to why she didn’t watch her own birthing tape. “So they couldn’t video when I was born because the hospital was in lockdown — which is very fitting, I think.”

The Georgia native, who portrays Russian empress Catherine the Great on the Hulu series, noted that her family does have a video of big sister Dakota, now 27, coming into the world. 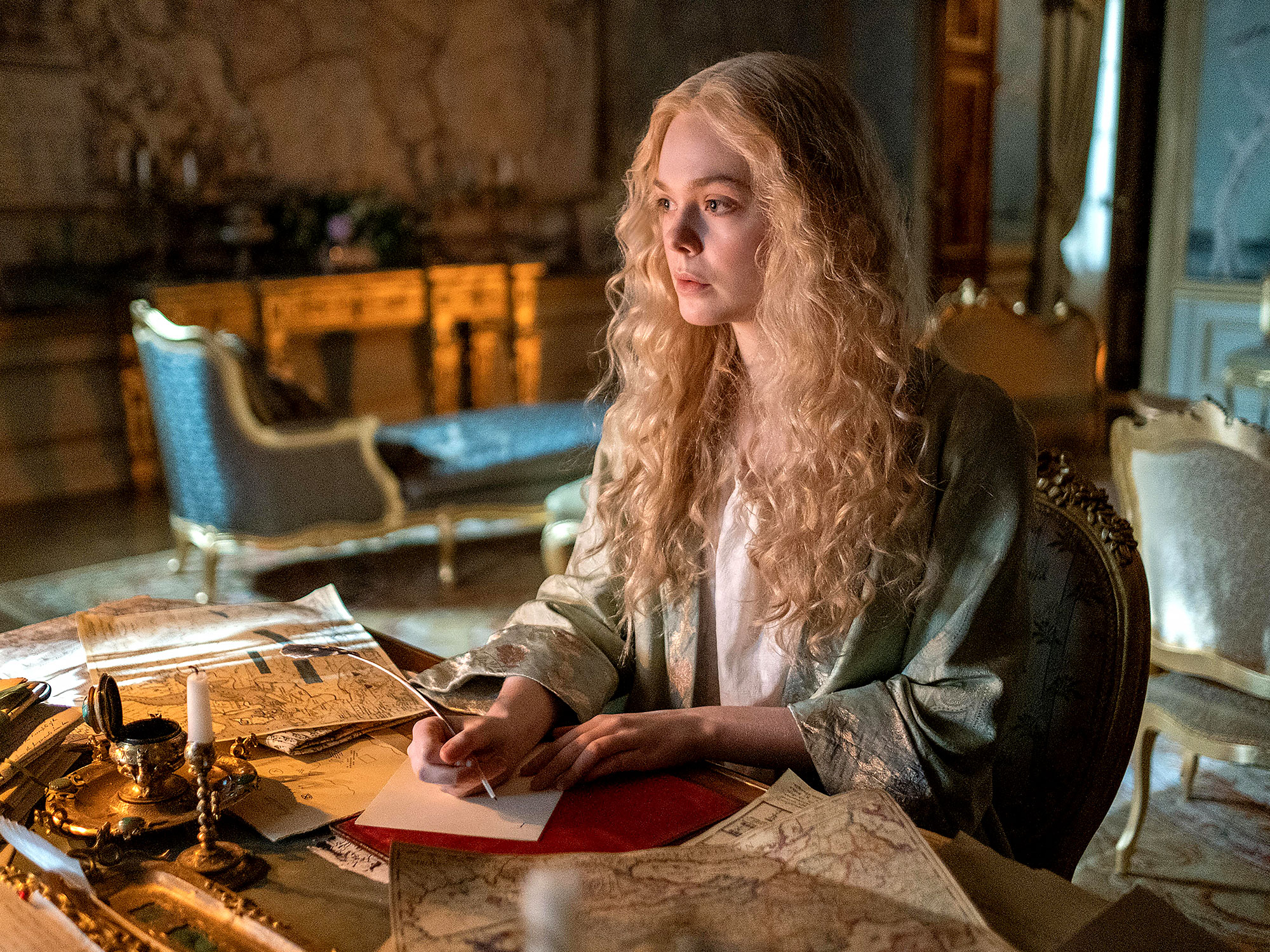 “[My mom] didn’t have any drugs or anything,” Elle explained. “So it’s scarred in my brain of what that’s like!”

Season 2 of The Great will pick up with Catherine taking the throne after pushing her husband, Peter III, out of the position in season 1. In addition to becoming a ruler for the first time, Catherine is pregnant most of the season and will have to navigate motherhood — and birthing her son in front of her court — in pivotal moments of the show.

“It’s about Peter and Catherine. It sort of brings their relationship to some kind of head in a way that hasn’t happened before,” the show’s creator Tony McNamara told EW of the last two episodes of season 2. “And everyone sort of gets dragged into this kind of choice about where they stand with everything … It’s sort of a dark last episode.”

Elle, for her part, hinted that fans “should ship” Catherine and Peter (Nicholas Hoult) despite their ups and downs in season 1.

“They are a complicated bunch. Because it’s also like, at any moment, you don’t know if they’re going to murder each other,” she joked. “It’s like Mr. and Mrs. Smith in the 18th century.”

Stars Who Have Played Royals in Movies and TV Shows

The Maleficent actress celebrated the end of filming season 2 earlier this year, sharing a behind-the-scenes photo with Hoult, 31, in full costume.

“Season 2 of The Great has officially wrapped. Wow. What a tremendous feat filming in a global pandemic,” she wrote via Instagram in July. “I am eternally grateful for the crew that kept us all safe and going. This season is going to be WILLLLDDDD! I love them with all my heart. Cannot wait for you to see what we have cooked up! @thegreathulu.”