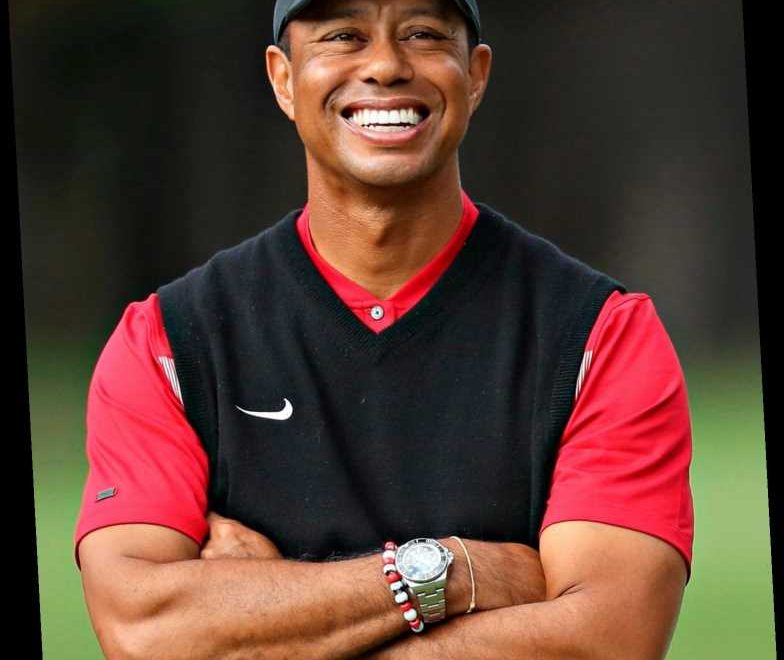 Tiger Woods spent time with former NBA player Dwyane Wade this week before he was involved in a serious car accident that left him hospitalized on Tuesday.

Just hours before news broke of Woods' accident, which occurred in Los Angeles County shortly after 7 a.m. local time, Wade posted a video to his Instagram page showing him with 45-year-old Woods. The two sports legends were at a golf course, with Wade saying he picked up lessons from Woods during their outing.

"I told y'all that I was about to do something amazing today, and I got an opportunity — I say the 'GOAT,' he's not comfortable with it — but had an opportunity to come out here with this guy," Wade says in the video as Woods smiles in the background. "Tiger, thank you for teaching me something."

"Uh, good?" Woods says while shaking his head indicating "no," before bursting out in laughter. "We're getting better!"

In a separate post published a short time later, Wade revealed the duo's golf excursion happened on Monday, the day before the accident.

"The reason I picked up a golf club," he wrote. "Yesterday was a pretty cool day!"

Woods was injured in a single-vehicle roll-over crash on Tuesday while driving by himself on the border of Rolling Hills Estates and Rancho Palos Verdes. The vehicle sustained "major damage," according to the Los Angeles Sheriff's Department.

In a statement issued to PEOPLE, Woods' agent Mark Steinberg said, "Tiger Woods was in a single-car accident this morning in California where he suffered multiple leg injuries. He is currently in surgery and we thank you for your privacy and support."

A spokesperson for the Los Angeles Fire Department, who did the transport of Woods, tells PEOPLE that the golfer is in "serious condition."

The PGA Tour also issued a statement about Woods' accident, saying, "We have been made aware of Tiger Woods' car accident today. We are awaiting further information when he comes out of surgery. On behalf of the PGA TOUR and our players, Tiger is in our prayers and will have our full support as he recovers."

Woods — who lives in Florida — was in California for the Genesis Invitational last week and into the weekend. He didn't play in the tournament at the Riviera Country Club as he's still recovering from back surgery but served as host.