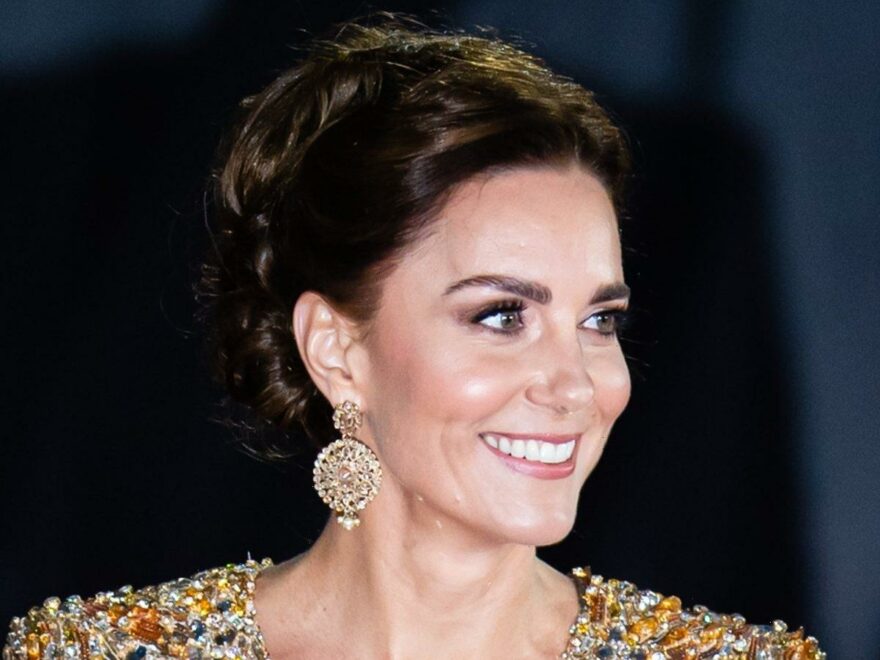 Royal watchers haven’t been able to stop talking about Kate Middleton ever since she showed up on the red carpet at the No Time To Die premiere in September looking absolutely stunning. Some fans have called even the Duchess of Cambridge‘s look that evening her very best. However, others on social media were a bit perplexed by what she wore and did a double-take. Read on to find out why.

The No Time To Die premiere was a star-studded event that included Daniel Craig, Rami Malek, and recording artist Billie Eilish who sang the score for the film.

The royals were also there. Kate walked the red carpet alongside Prince William shining from head to toe in a glittering gold V-neck cape effect sequinned dress and gold Aquazzura heels. She accessorized her look with statement earrings from Onitaa. And fans on social media couldn’t help but gush over the duchess writing, “Kate Middleton.. wow just wow” and “My God, the whole look was perfection.” 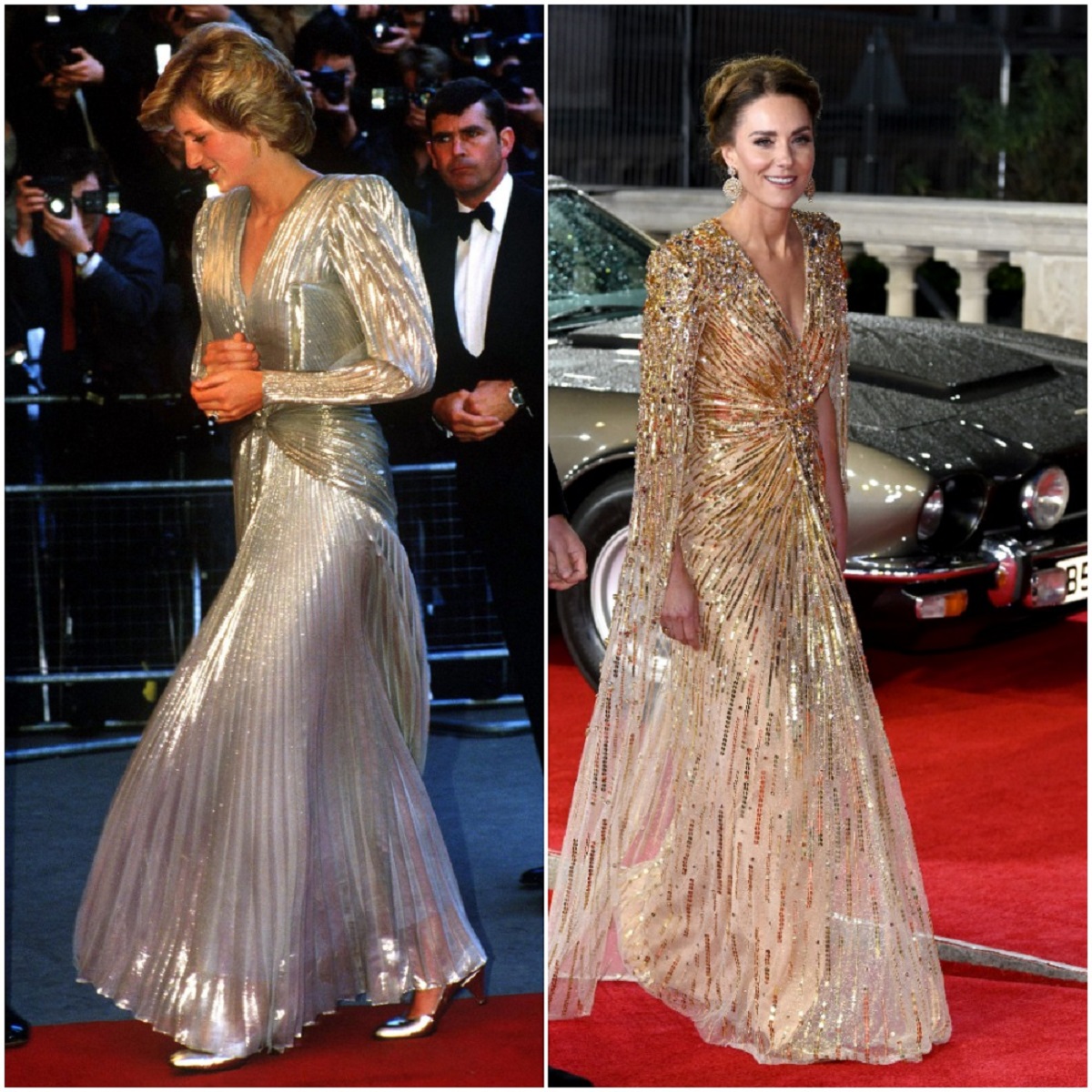 In 1985, the Princess of Wales attended the premiere of the James Bond film A View To a Kill at the Leicester Square in London. Diana wore a metallic, v-neck, open-backed gown with statement shoulders and a cinched waist. Because it was so similar to what Kate was wearing, some wondered if it was actually the same dress Princess Diana wore 36 years earlier with sequins added and fitted for William’s wife. But it was not.

Kate’s dress was by Jenny Packham and it was custom-made for her albeit with Diana in mind. The Duchess of Cambridge’s hair being pulled up was also a nod to William’s mom’s shorter hair do. Diana’s evening gown was by British designer Bruce Oldfield and she paired it with matching silver stilettos and a glittery clutch.

“Kate admired Diana’s taste in fashion before William came into her life,” a source told Us Weekly, adding, “During her school days, she’d tell friends that Diana was her style icon. Kate had her own Bond girl moment at the No Time to Die premiere… she oozed confidence and old-school Hollywood glamour.”

Kate’s sparkling number is dubbed ‘Goldfinger’ and can be yours

After Kate donned the dress it, like everything she wears, was in high demand. The gown was being sold as a part of Jenny Packham’s special 007-inspired capsule collection.

Kate’s design is called ‘Goldfinger,’ and was inspired by Bond girl Jill Masterson from the 1964 film of the same name.