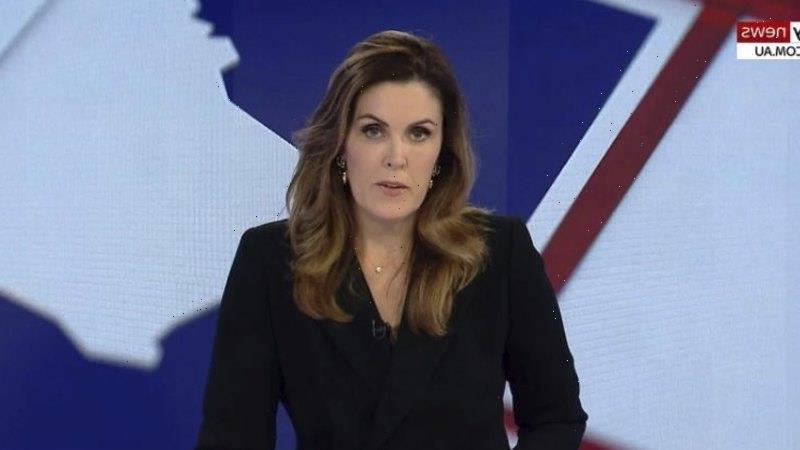 Beat-ups, conspiracy theories, relentless pro-Liberal and anti-Labor bias, juvenile name-calling – Dictator Dan, Toxic Dan: these have been the stock-in-trade of the Herald Sun’s coverage of the Victorian state election.

And on Sky after dark, Peta Credlin put together a program called The Cult of Daniel Andrews. 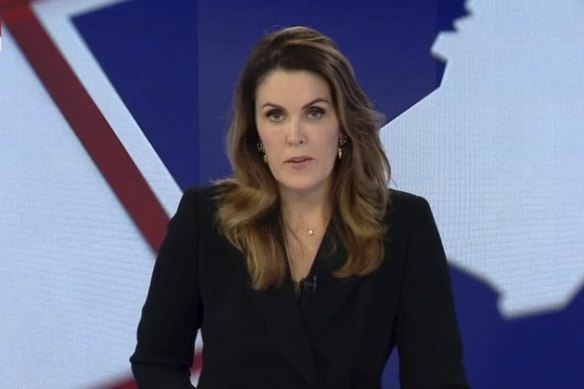 It suggests a level of desperation at News Corp that Victorian voters, on current polling, seem unwilling to share the preference of the organisation’s owner, Rupert Murdoch, for a change of government. That’s even when the latest Resolve Strategic data – which shows Labor and the Coalition level on 36 per cent of the primary vote, but with Labor leading 53-47 lead on the two-party-preferred count – is accounted for.

They even seem unwilling to accept a weird conspiracy theory that Andrews didn’t really fall down a couple of steps at a holiday house in Mornington in 2021, but came by his injured back and ribs in circumstances too dark to mention.

By contrast, the Herald Sun has been a cheerleader for Opposition Leader Matthew Guy. On Sunday, it went so far as to carry a page-one headline My first moves on a story setting out what it said would be Guy’s priorities if he won this Saturday. On the latest poll data, that remains a big if. 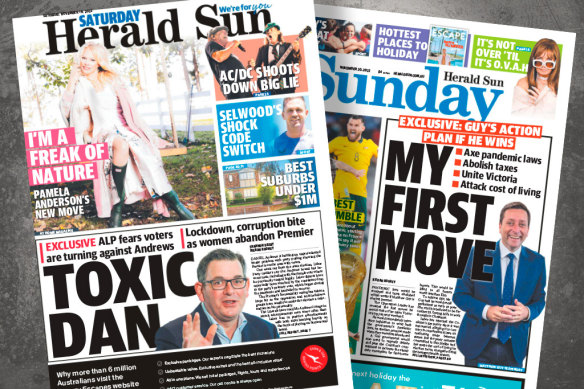 In none-too-subtle ways, it uses its news pages to identify with the Coalition cause. The heading on Guy’s announcement of a second Metro tunnel, published on Tuesday, read: Metro tunnel 2 is our first big dig. Our?

A fundamental tenet of journalism is that opinion be kept separate from news reporting.

The separation has become blurred in recent years, but now, as newspapers try to restore public trust and to differentiate themselves from the hashed-up melange on social media, good newspapers are reasserting this vital distinction.

The New York Times, for example, has scrapped the jargon term “op-ed” in favour of the more straightforward “opinion” for its commentary pages, to emphasise the distinction.

News Corp, by contrast, states in its in-house code of conduct that in their news reporting, its journalists may leave the reader in no doubt as to where the paper stands on an issue.

1.3 Comment, conjecture and opinion are acceptable in reports to provide perspective on an issue, or explain the significance of an issue, or to allow readers to recognise what the publication’s standpoint is on the matter being reported.

All newspaper proprietors are entitled to express their opinion through their pages. But on the news pages, accuracy, fairness, balance, open-mindedness and freedom from conflict of interest should take priority over proprietorial preference.

This is essential to the working of a healthy democracy. One of the main democratic functions of the media is to provide the public with a bedrock of reliable information on which to make political, economic and social choices.

They are deprived of that bedrock when media platforms distort reality or mix up news with commentary, something the Herald Sun has turned into an anti-democratic art form.

The Age also has published a good deal of damaging material about Andrews and the Labor Party, but these stories have been real news and clearly in the public interest, since it concerns various inquiries involving the Independent Broad-based Anti-corruption Commission.

The paper has reported that the Labor chair of a parliamentary subcommittee told independent auditors reviewing Victoria’s integrity agencies to remove from their report any references to the Andrews government underfunding or under-resourcing IBAC.

It also reported that IBAC successfully obtained a court injunction preventing The Age publishing information about an inquiry concerning the government.

However, the newspaper obtained at least some information about this inquiry from other sources and was able to report that Andrews is being investigated over his role in the awarding of two grants worth $3.4 million to a Labor-linked union on the eve of the 2018 election.

Guardian Australia has played the news coverage straight, albeit within a more limited range than the Melbourne-based papers, but it also published a clear-eyed, and not entirely flattering, profile of Andrews by Margaret Simons, in which colleagues described Andrews variously as “a very hard man” and a “narcissist”.

Two high-profile ABC presenters, Virginia Trioli on Radio Melbourne, and Michael Rowland on the News Breakfast TV program, held Andrews’ feet to the fire; Trioli over his reluctance to come on air and discuss politics with her, which is unusual for a politician, and Rowland over possible voter backlash against the lockdowns.

Clearly Andrews has antagonised the media because he has used his position of political strength to exert considerable control over his encounters with them.

The overall effect of the coverage is to create an impression that Andrews has been treated unfairly by the media during this campaign – many of his supporters on social media certainly think so – but that impression is exaggerated by the excesses of the Herald Sun and Sky News.

The Opinion newsletter is a weekly wrap of views that will challenge, champion and inform your own. Sign up here.