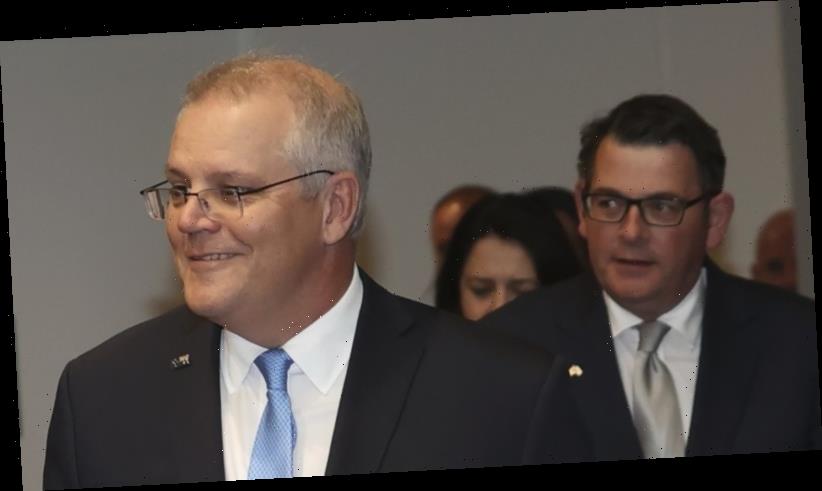 Scott Morrison and Daniel Andrews have traversed the full relationship gamut from bromance to frenemies in their response to the coronavirus pandemic but their political leadership has been part of a revival of trust in governments.

Now the Prime Minister and Victorian Premier have both been shortlisted for the annual McKinnon Prize for political leadership. 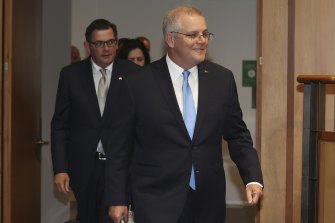 Victorian Premier Daniel Andrews and Prime Minister Scott Morrison are both on the shortlist for the McKinnon Prize for political leadership.Credit:Alex Ellinghausen

Mr Andrews was included for his “firm, decisive and courageous leadership” and the “brave approach” of taking unpopular decisions based on expert health advice.

Mr Morrison’s shortlisting was based in part on his formation of the national cabinet, which “demonstrated a propensity for collaboration”. The nomination also noted the Prime Minister “has stood firm against belligerent rhetoric from China and a bruising trade retribution campaign”.

Federal Treasurer Josh Frydenberg and Health Minister Greg Hunt, both Victorian MPs, have also been shortlisted for their work in driving the response to the twin health and economic crises.

Former federal Labor minister Simon Crean, a McKinnon Prize ambassador, said it was “probably inevitable” who would end up on the shortlist because COVID had “dominated everything”.

They were leaders who had relied heavily on evidence, science and experts to inform and justify their positions, and that had led the public to trust them more, he said.

A number of surveys over the past year have shown high levels of trust in governments. The most recent results from long-running ANU research found Australians’ confidence in the federal government jumped to 54 per cent in January from 27 per cent a year earlier.

But Mr Crean warned that high level of trust might not be sustained.

But fellow ambassador Amanda Vanstone, a Howard-era minister, was more hopeful about the way COVID had focused people’s minds on the good things done by people in political life.

“If we continue to do that, look at the positive things they do, I think trust will increase,” she said.

“With the ocean of bad news [people] get through social media, to focus here and there on people who are doing well, I think raises trust and hope. And I like to think it encourages people to think about entering politics.”

There is also a prize for emerging political leaders who have been in public life for less than five years. Labor MP Anne Aly, independents Helen Haines and Zali Steggall, new ACT Liberal opposition leader Elizabeth Lee, Queensland LNP councillor Fiona Cunningham and the Greens mayor of Glen Innes in NSW Carol Sparks are on the shortlist.

The McKinnon Prize is a non-partisan award given by the Susan McKinnon Foundation and the University of Melbourne’s School of Government. Finalists are selected by a panel of distinguished Australians including former prime minister Julia Gillard and former NSW premier Mike Baird. The winners will be announced next month.