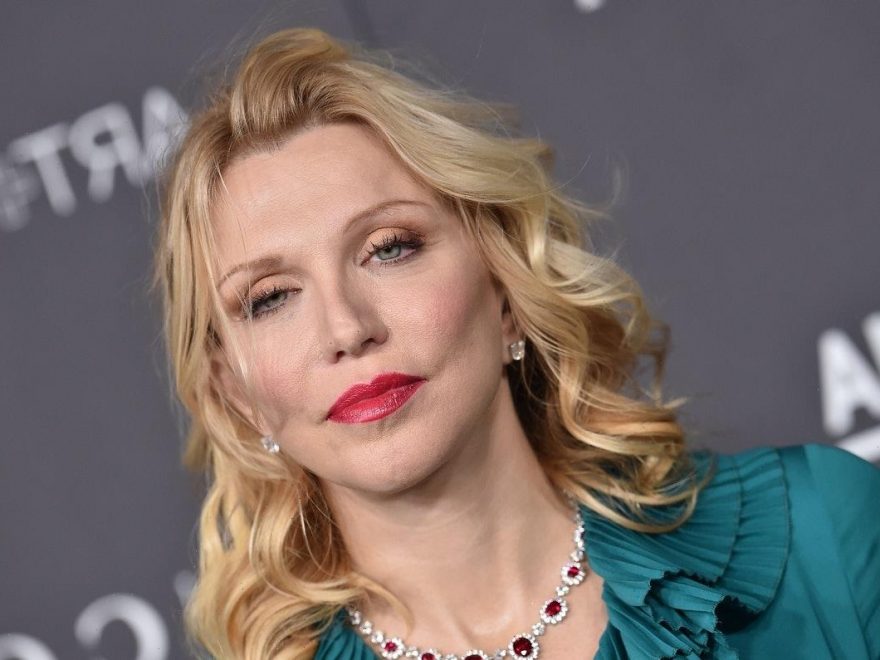 It’s no secret that Olivia Rodrigo’s debut album Sour found inspiration in female-fronted rock music of the 90s and 00s. In some ways, it felt refreshing to see a young woman able to so openly build her work on the legacy of the women who came before her in a genre that is often regarded as a boys club. But Courtney Love doesn’t seem to see it that way. The Hole frontwoman revealed on social media this week that she’s not entirely pleased Rodrigo referenced the iconic album art for her band’s 1995 album Live Through This.

While promoting her upcoming concert film Sour Prom, Rodrigo took on the role of a bleary-eyed prom queen in an image that was an obvious reference to the Hole artwork shot by photographer Ellen Von Unwerth, which depicts model Leilani Bishop. Love posted the Rodrigo image on Instagram with the caption, “Spot the difference! #twinning!” with a winky face emoji. A day later, Rodrigo commented, “love u and live through this sooooo much.”

As Billboard reports, however, Facebook comments Love made over the weekend indicate she wasn’t pleased that neither she nor Unwerth were asked permission to recreate the image.

“[I]t was rude of her, and [Rodrigo’s label] geffen not to ask myself or Ellen von unwerth,” Love wrote. “It’s happened my whole career so I d c. But manners is manners!” (Geffen Records subsidy, DGC, actually released Live Through This, as well as the major label records by Nirvana—so Love has quite a history with the company).

“I’m not angry. It happens all the time to me,” she wrote in another comment. “But this was bad form. That’s not bullying or bomb throwing. This person’s music has nothing to do with my life. Possibly never will. It was rude And I gave every right to stick up for my work. Don’t gatekeep me! I’m honorable as fuck to my fellow artists, and I expect the same.”

But in typically blunt Love fashion, the singer offered a way for Rodrigo to make it up to her: flowers.

“Olivia—you’re welcome,” she wrote in reply to Rodrigo. “My favorite florist is in Notting Hill, London! Dm me for deets! I look forward to reading your note!”

As it turns out, all Love wants is her flowers. You can’t say she doesn’t deserve them.