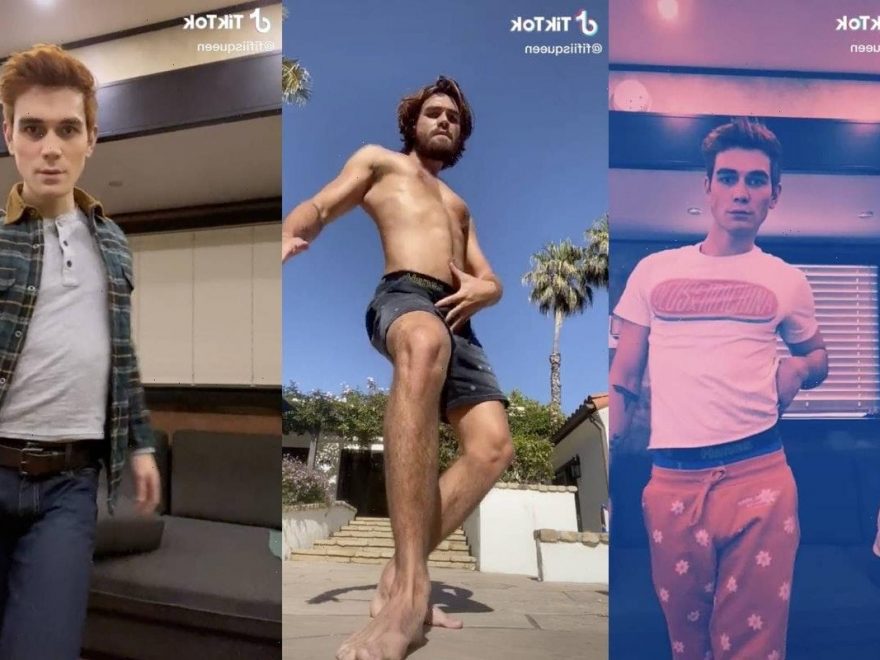 At this point, a celebrity joining TikTok is not particularly notable; everyone from Bella Hadid to Reese Witherspoon have started accounts. Right now, it’s more about what those celebrities are posting—which is why, if you weren’t aware of it already, we have absolutely no choice but to point you to the account of Riverdale leading man KJ Apa.

It might be incorrect to call it Apa’s account, since it appears he’s given it over to a TikTok alter ego named “Fifi.” (The account’s handle is @FifiIsQueen, after all. “There is only one queen and her name is Fifi,” reads the bio.)

Apa as Fifi isn’t actually all that prolific of a TikTok updater. He joined the app last July, and has only updated it nine times. But whenever he does grace the social network with new content …well, it’s an entire journey. Apa has embraced the dancing side of TikTok, although he’s not one for following any of the app’s prescribed trends—no Addison Rae-type controversies here. Instead, he just lets the music play, does whatever it is his New Zealand-bred body compels him to do, pulls some odd facial expressions, and then adds a few startling editing techniques before posting.

“I’m addicted to TikTok. I’m addicted to it. I can’t get off of it,” Apa wrote on Instagram stories last summer when he joined. “Anyhow, you guys can follow me. My name is @fifiisqueen, follow me.” At the time, he had a full pandemic beard, but is now updating in total Riverdale mode, with a clean-shaven face and that bright red hair. Apparently, however, it’s all Fifi. “Fifi came out at work,” he wrote under one video in which he dances to Kash Doll’s “Ice Me Out.”

Apa’s videos rack up millions of views, and he now has 1.8 million followers. But it’s not quite accurate to say his content is universally beloved. On Twitter, many have been left bewildered by his TikTok content.

The boy is just having some fun, and it doesn’t seem like he intends to stop anytime soon. He’s now uploading exclusive dance content to Instagram, too.