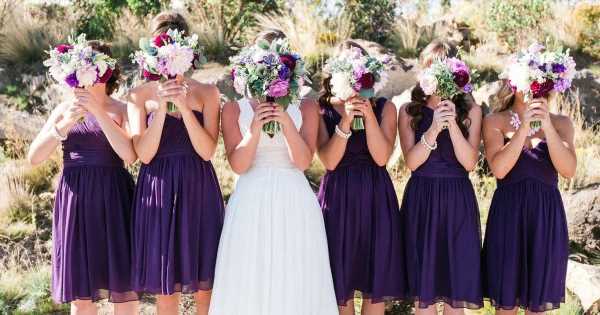 Every couple's wedding pictures are special – but one bridezilla has taken capturing the perfect picture to the next level and wants to pluck up the courage to ask her bridesmaid to wear a wig.

Fortunately she's taken to forum Reddit and its 'Wedding Shaming' group to ask advice before confronting her BFF, who took the bold move to shave her head during a mental break down of depression.

The bride-to-be explained: "So this is gonna sound absolutely bridezilla but one of my bridesmaids hit a depression streak recently and decided to chop ALL her hair off.

"I had this beautiful idea of all my bridesmaids having their beautiful long hair in photos. Would it be wrong to ask her to wear a wig?"

The situation saw followers rush to defend the bridesmaid who was clearly suffering a mental health episode but then the bride-to-be added a side note which offered up more details for followers to digest.

She added: "She has done this in the past and worn her wigs for special events and anniversaries and stuff where she wanted to have long hair."

The debate saw somewhat harsh comments from some, with one of them accusing the bride-to-be of putting her own needs above her bridesmaid's mental health.

The comment reads: "Normally a bridesmaid is someone close to you that you care about….. nice to know her first thought was the wedding and not her friends health!"

Another offered up a tongue-in-cheek comment adding: "Just get a new bridesmaid. This one is broken and we've run out of time to fix her."

They added: "A store mannequin or even cardboard cut out would be a better bet for you.. so long as you don't mind funding the power pack charger. "

But it would appear some others have actually experienced similar situations saying it's not uncommon for the bride to ask bridesmaids to adjust or alter their appearance for their wedding day.

One of them said: "My sister was a bridesmaid in a friend's wedding shortly before being Maid of Honor in mine.

"Her friend wouldn't "allow" her to cut her hair because she wanted all their hair to look the same. I told her to chop it as short as she wanted. It's hair."

Another added: "If she didn’t wear wigs normally and always rocked a bald head I think it would be rude to ask but if she generally wears them for formal events it seems like she would probably do so for a wedding anyway."