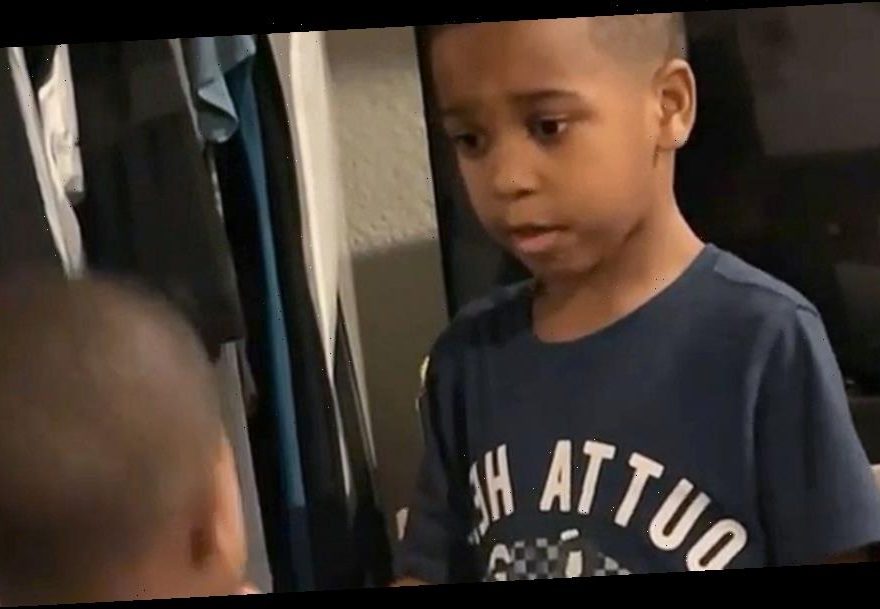 In a sweet video that has since gone viral, a 6-year-old was caught calming his 4-year-old brother down from a tantrum with breathing techniques.

When Noah saw his younger brother Cory begin to cry because he couldn’t play his Nintendo Switch due to the controllers not yet being charged, he knew just what to do. He led Cory through a few seconds’ worth of breathing exercises, which calmed the little boy down instantly. The boys’ mother, Ashley West, 30, saw the moment as it unfolded and captured it on video.

West told “Good Morning America” that while she does try to teach her children emotionally healthy coping mechanisms, that was the first time she had ever seen one of her sons try that on another.

“That kind of prompted me to record it,” West said. “I’m like, ‘Oh my god this is so cute. You’re actually listening to me.'”

2 friends who worked together learn they're biological sisters

Are your kids afraid of going back to school? How to help them succeed

West, currently working toward her master’s degree in social work, has worked in the field for most of her life and tries to apply what she learns in the field at home. It’s important to her that her children become aware of when their emotions are heightened so that they can gain control of them and make sound decisions, which will lead to healthier behaviors as they grow up.

“I didn’t realize how much it could be applied in my own home until I actually started trying to do it and that’s kind of where that came from,” she said of the skills she learns at work.

In addition, West practices yoga and meditation, trying to lead by example for her children.