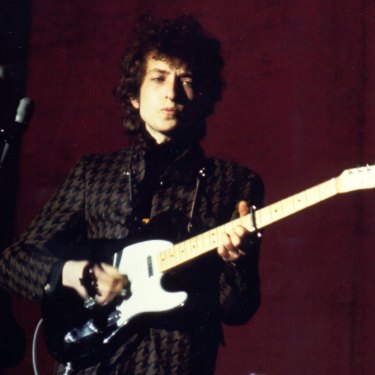 “Your sons and your daughters are beyond your command.” That was the line that made me believe in Bob Dylan. That steely twang held more contempt than any pop singer I’d ever heard. Dad could stand aside like a hung carcass. We kids had this.

Dylan turns 80 on May 24. A terrible thing for any enfant, and as worrying as an aged parent to those of us whose world he lit. God, what if we lose him? “I realised a few years ago that I was completely unprepared for that eventuality,” singer-songwriter Gillian Welch told me as the COVID plague peaked in the United States. “It’s like we’re alive in the time of Shakespeare, right?”

Right, except Shakespeare died at 52. If that were Dylan, he’d have signed out with the so-so folk re-tread of World Gone Wrong. Sure he’d have snuck in Oh Mercy, that glorious New Orleans renaissance with Daniel Lanois. And the Traveling Wilburys. 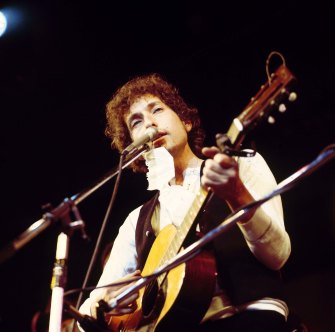 Bob Dylan performing at the Felt Forum in New York in 1974. Credit:Getty

But here’s the thing. Bob Dylan is the greatest songwriter on Earth because he is 80. He started making his best records at 55. He’s a quarter-century better than that now, and I don’t see him going off the boil.

I know, plenty of people can’t get past the whiny harp and the voice of sand and glue. For the last couple of decades I’ve been telling them, forget the classics. Listen to his latest. Listen to Time Out of Mind, or Love and Theft, or Modern Times, or Tempest.

As he enters his ninth decade, his latest is Rough and Rowdy Ways. Sprung last year after five discs back at school with the old American songbook, this album is as good as Dylan gets, and the 17-minute Murder Most Foul among his most brilliant.

The hook you read is that this song is about the assassination of John Kennedy. But that’s like saying Macbeth is about some Scottish king. The stories that last are about all of us. Victims, murderers, witnesses. If you can see the big picture, you can see yourself. 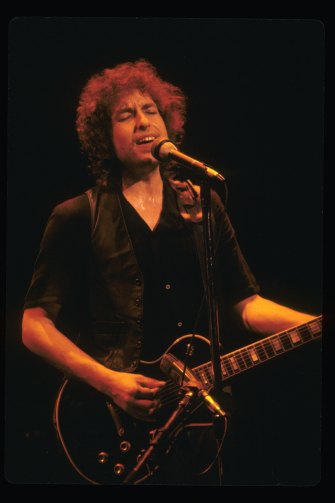 On stage in California in 1980. Turning 80 next week, Dylan’s still got that magic. Credit:Getty

Pop, as a rule, is about the tiny picture. It’s the selfie that gets the most likes. Pop is forever young, to quote that Youth Group song from a few years back. Pop is forever dumb, carefree and full of itself. Pop swims in its own navel, eternally recycling the same angst and thrill of puberty like some ecstatic, immortal goldfish.

But even at 22, when he snuck The Times They Are a-Changin’ up the pop charts, Dylan was different. Because as much as he craved to be pop like the Beatles, he was the youngster who insisted on the big picture.

“I like to stay a part of that stuff that don’t change,” he once wrote. This was his gift to the otherwise untethered and disposable world of pop. Maybe this stuff could last. Maybe we were building something of consequence here, that might actually make sense of so much that doesn’t.

That was his folk training. Singer as scholar. History and legend respected and understood and passed on — not as fact, maybe, but as fables of unchanging human nature. You know, like Shakespeare.

In his 2004 memoir, Chronicles Volume 1, Dylan spends a long chapter describing the sources that formed him during his first ravenous year as a teenaged rock’n’roll singer from Minnesota soaking up the folk scene of New York City.

One thing he did was go read newspapers from the 1850s and ’60s at New York Public Library. The American Civil War was only a hundred years past. Reading his reflections on it now, it feels much closer. “You wonder how people so united by geography and religious ideals could become such bitter enemies,” he writes. Part of the stuff that don’t change. 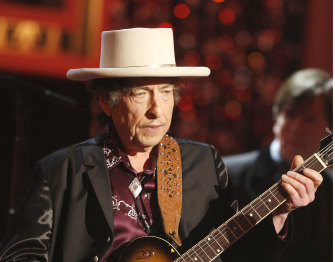 “Hush little children, you’ll understand,” he sings like yer grandad in the third verse of Murder Most Foul. “The Beatles are comin’ they wanna hold your hand.” With the brains of their president splattered in the broad Dallas daylight, what did those children come to understand? That the best they could do was to shut up and dance.

What follows is a litany of small pop redemptions, from John Lee Hooker to Etta James; Stevie Nicks to the Eagles. A slow dance between memory and forgetfulness. For 17 minutes the music ebbs and surges, an immense ocean that swills and slops beyond the bars. Ragged lines stream in uneven verses. Thoughts attempt order for a long while, then surrender to a flood of last song requests like a morphine addict fighting to his last breath.

“Play Jelly Roll Morton/ Play Lucille/ Play Deep In a Dream/ And play Driving Wheel/ Play Moonlight Sonata in F-sharp/ And A Key to the Highway for the king on the harp/ Play Marching Through Georgia and Dumbarton’s Drums/ Play darkness and death will come when it comes/ Play Love Me Or Leave Me by the great Bud Powell/ Play The Blood-stained Banner/ Play Murder Most Foul.”

Each line is an allusion of historic proportions, from Hamlet to the Civil War to the births of jazz and rock’n’roll. All of them exist in the past, here, now and forever. They’re in books, in memories, online and on Spotify. All part of that stuff that don’t change. And right at the end is this song, Murder Most Foul, writing itself into history with an authority it’s impossible to challenge because dude, he’s Bob Dylan, he’s 80, and he knows where bodies we’ve never even heard of are buried. 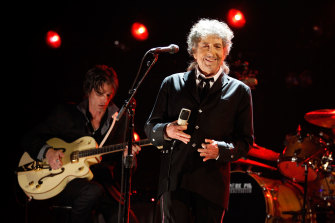 In late 2020, Universal Music purchased Dylan’s entire songwriting catalogue of over 600 songs, reportedly for more than $US300 million.Credit:Getty

He was right when he was 22, by the way, although back then, I was cocksure and contemptuous enough to think he was talking for my generation. In fact, our sons and our daughters have always been beyond our command. Always will be. Sadly, I don’t hear many of them playing Dylan’s new album, or his old ones either these days.

Fair enough. Every kid wants to swim with the immortal goldfish. But if any song is going to make sense of this world gone wrong, it can only be Dylan’s next one.

“Othello told Desdemona, ‘I’m cold, cover me with a blanket/ By the way, what happened to that poison wine?’ She says, ‘I gave it to you, you drank it’.” Stick around for the knock-knock joke in the last verse.

The swing piano hits a bum note in the first bar but nothing can stop the spring in this dandy crooner’s step. “I can’t go to paradise no more,” he mentions to his sweetheart in passing. “I killed a man back there”.

The jaunty choo-choo shuffle is equal parts joyride and rakish escape plan. “You old rascal, I know exactly where you’re going/ I’ll leave you there myself at the break of day.”

I Contain Multitudes (from Rough and Rowdy Ways, 2020)

Title borrowed from Walt Whitman, sentiment distilled from a lifetime of forged identities. A paean to unassailable self-knowledge is sung like a man at peace with every detail.