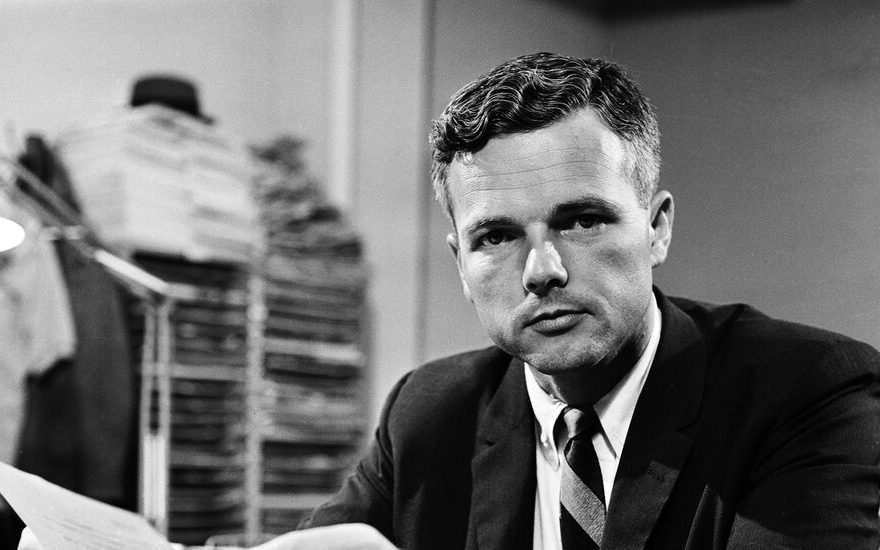 Bob Abernethy, who capped a four-decade career as an NBC News correspondent by injecting religion, one of the most under-covered subjects on television, into national programming with a weekly series that ran for 20 years on PBS, died on May 2 in Brunswick, Maine. He was 93.

His death, at a heath care facility, was confirmed by his daughter Jane Montgomery Abernethy. The cause was Alzheimer’s dementia.

The grandson of a Baptist minister in Washington whose congregation included President Warren G. Harding and Chief Justice Charles Evans Hughes, Mr. Abernethy had retired from NBC in 1994 after covering the collapse of the Soviet Union, the nascent space program and Congress.

He was not ready to stop working, though. Armed with his deep faith, intellectual curiosity and a theology degree he had earned from Yale Divinity School during a one-year leave of absence in 1984, he persuaded WNET, the PBS station in New York, to produce “Religion & Ethics NewsWeekly,” a half-hour nonsectarian series that Mr. Abernethy hosted and presided over as executive editor beginning in 1997.

Within 10 years of its launch, the show — which Mr. Abernethy had described as “a news program, no preaching” — was airing on 250 public stations nationwide, winning some 200 industry awards. He and his collaborators went on to broadcast regularly until 2017, when he was 89.

With the journalist William Bole, Mr. Abernethy edited “The Life of Meaning: Reflections on Faith, Doubt, and Repairing the World,” (2007), an anthology of interview transcripts from the PBS program.

“Nothing I have done has been as personally satisfying as founding and working on” the program, he wrote in the introduction to the book, adding, “The main reason for that is the many opportunities the show provides for sitting down with the likes of Archbishop Desmond Tutu — extraordinary men and women who speak as naturally about their faith and doubt and spiritual practices as they do about the weather.” 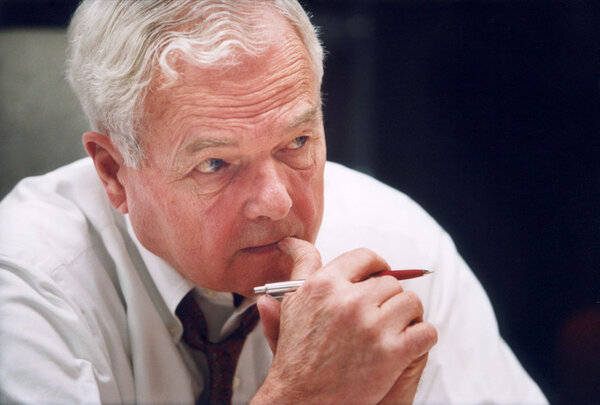 Other guests included the Dalai Lama, President Jimmy Carter, the Rev. Billy Graham and Jonathan Sacks, at the time the chief rabbi of the United Kingdom.

The series covered a wide range of topics, including atheism, abortion, assisted suicide, sexual abuse by clergy and organ transplants.

“Finding this line between sensitivity to the spiritual dimensions of a story on the one hand and objective, traditional skepticism is a constant struggle and a very appropriate one, but I think we’ve got it right,” Mr. Abernethy told The Washington Post in 2000. “This is a matter of good reporting. Unless you get the spiritual element of the story, you’re missing something very important. It’s like interviewing Babe Ruth and not asking about hitting.”

When “Religion & Ethics NewsWeekly” was approaching the end of its run, Jerome Socolovsky, the editor in chief of Religion News Service, was rueful, telling the news service Current in 2016, “The media landscape will miss this crucial provider of video stories about religion that didn’t favor one or the other but gave viewers a full perspective on religious news developments.”

Robert Gordon Abernethy was born on Nov. 5, 1927, in Geneva to Robert and Lois May (Jones) Abernethy. His father worked for the Y.M.C.A.’s international newspaper. After Bob was born, the couple returned to the United States. His father began to teach religion at the Hill School in Pottstown, Pa., but died of complications of appendicitis in 1930.

Bob and his mother moved in with his paternal grandparents in Washington, where his grandfather was senior minister of Calvary Baptist Church. She taught piano at the National Cathedral School.

After graduating from the Hill School, he enrolled in Princeton University but interrupted his studies to serve with the American occupying Army in postwar Japan, where he hosted a program for Armed Forces Radio. Returning to college, he earned bachelor’s and master’s degrees from what is now the Princeton School of Public and International Affairs.

Coming from a family of pastors, he felt “a certain amount of pressure on me to become a minister, too,” he told the website Resources for Christianity in 2013, “but I never heard a call.”

Mr. Abernethy married Jean Montgomery in 1951; she died in 1980. In addition to their daughter, Jane, he is survived by his second wife, Marie (Grove) Abernethy, whom he married in 1984; their daughter, Elizabeth C. Abernethy; and four children from Ms. Abernethy’s first marriage. He had homes in Brunswick as well as in Washington and Jaffrey, N.H.

He joined NBC News after receiving his master’s from Princeton in 1952. Early on he wrote and hosted “Update,” a program for young people, and was later a Washington interviewer for the “Today” show. He anchored the evening news for KNBC in Los Angeles among other assignments.

One posting was to Moscow, after he had completed his leave from NBC News to study theology in 1984. Before he left, he recalled: “I ran into a guy I had known who asked me, ‘What’s new?’ I said, ‘I took a year’s leave from NBC and went to divinity school. I got married and we had a baby. What’s new with you?’”

He never stopped working. At his death, he was hoping to document the lives of homeless people through video interviews, for a future broadcast.