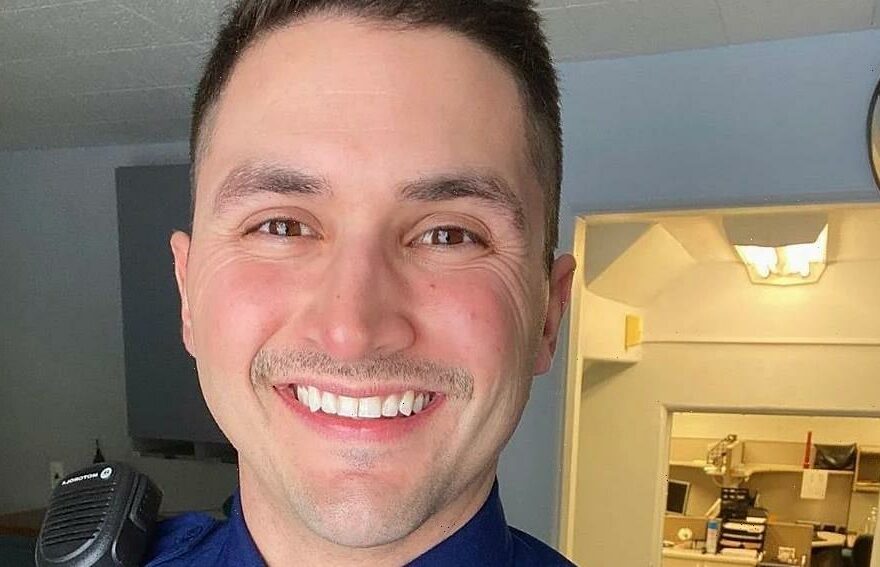 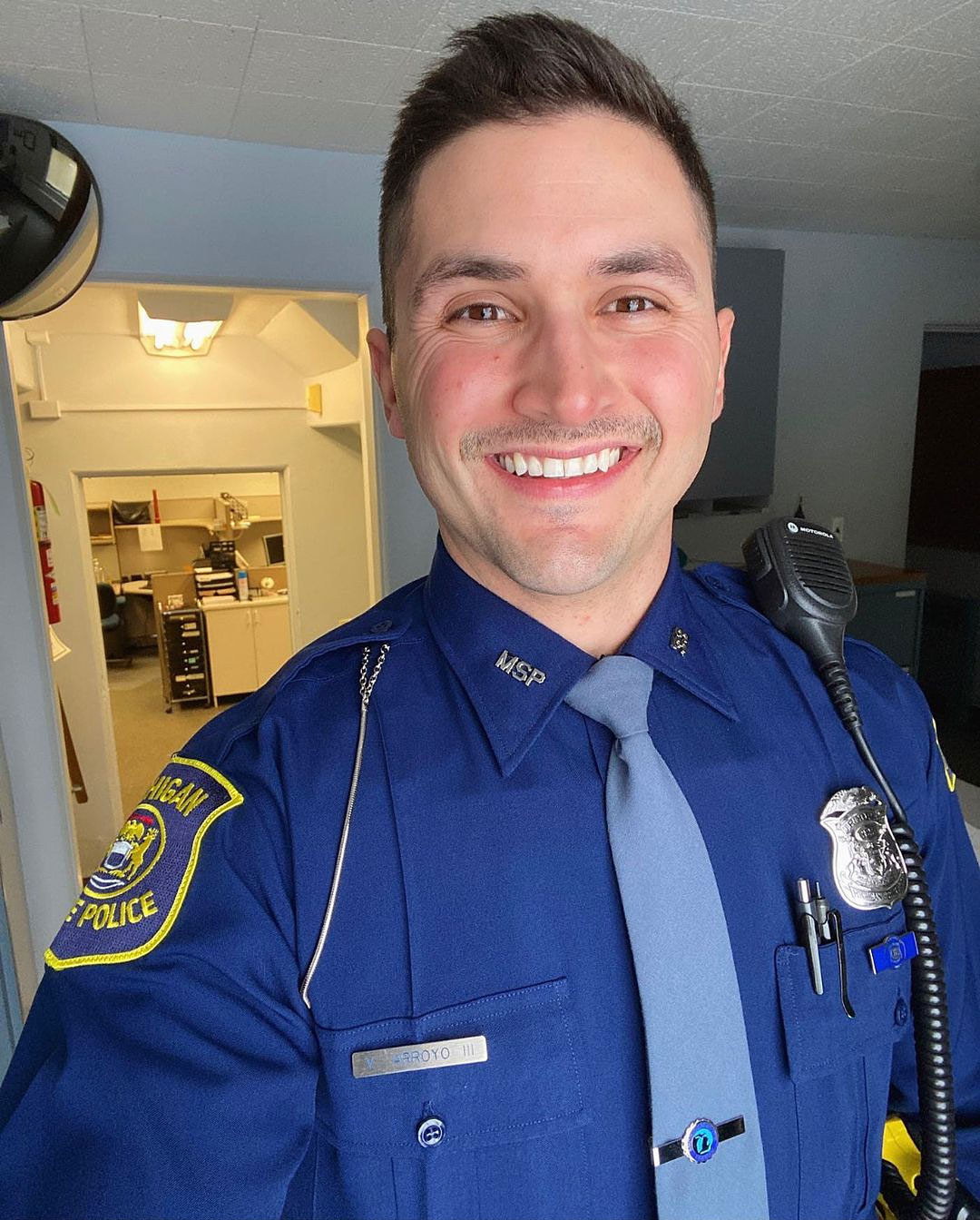 After getting into a car accident, Big Brother’s Victor Arroyo has an important message for fans: “Be careful out there.”

Stars Who Got Their Start on Reality TV

On Tuesday, October 12, the season 18 contestant, 30, posted an image of his car following an early morning crash near his Michigan home. He encouraged caution while out on the road, “especially if you live near wildlife,” Victor wrote on his Instagram Story shortly after the accident. “I ended up going into a ditch and going airborne.”

Luckily, the Louisiana native was not seriously injured in the fender bender. However, he did suffer a “minor ankle injury and a sore neck,” he wrote, adding, “Crutches for a week and I’ll be good.”

The Michigan State Police officer thanked his wife, fellow Big Brother alum Nicole Franzel, for taking care of him, joking about the perks of having “a nurse right at home.” 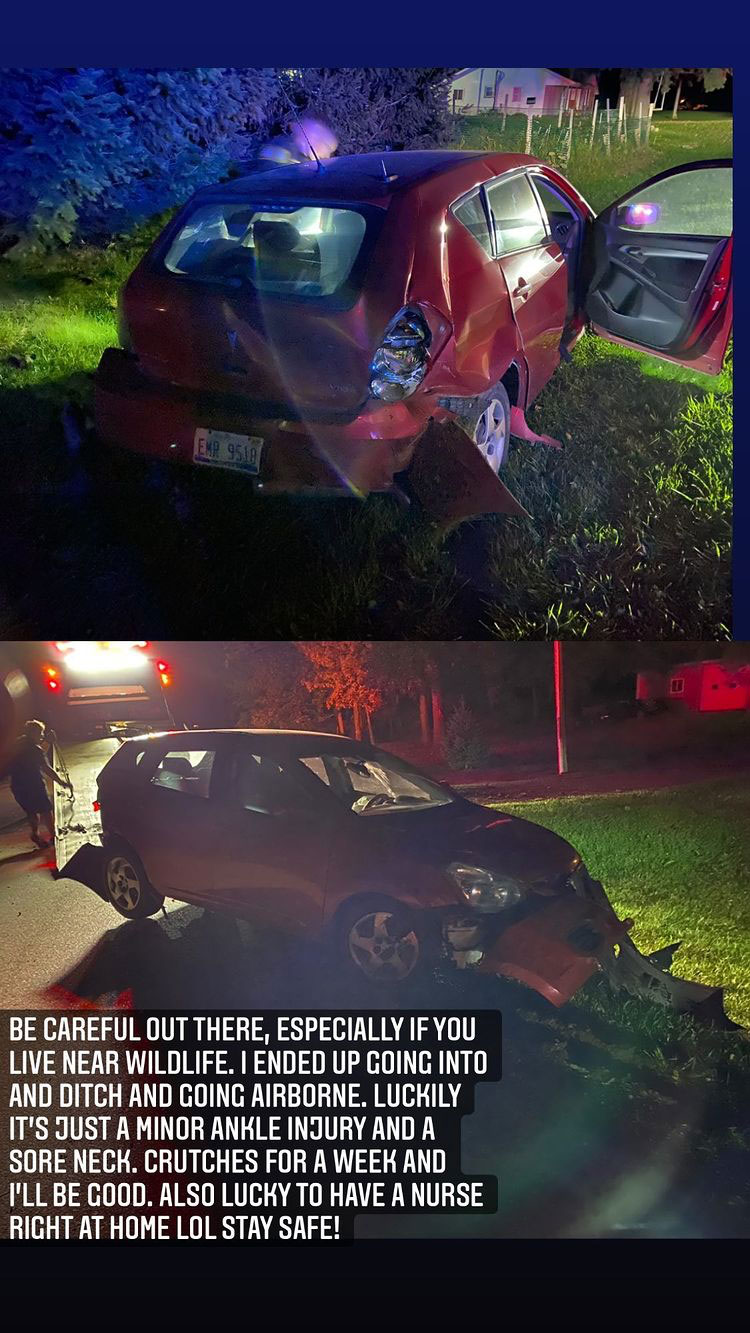 Beyond bandaging him up, Nicole also shared more details about her husband’s accident on her Instagram. She explained that the crash happened at 4 a.m. when a “deer came into the road,” and he “tried to go around it and ended up in a ditch.”

The Big Brother season 18 winner continued, “The car is totaled but we are just so grateful he is OK.” She also offered a piece of advice to anyone who plans to be out on the road this fall.

‘Big Brother’ Showmances Through the Years: Where Are They Now?

“Watch for deer (especially right now) and hug your loved ones tight,” the lifelong Michigander wrote. “Life is unpredictable. Sometimes it takes something like this to remind ourselves just how fragile life is.” 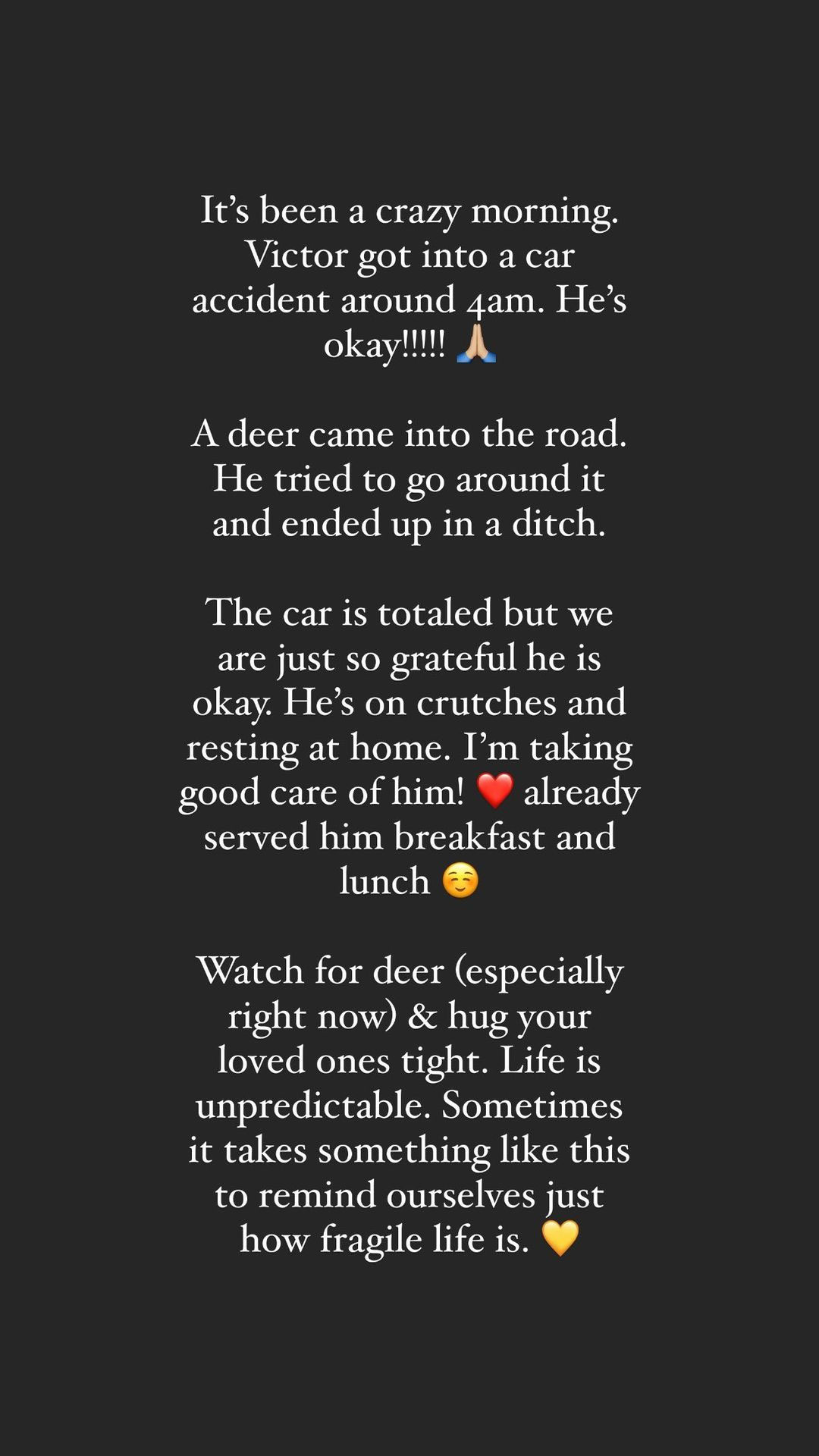 Nicole and Victor met on season 18 of the show in 2016 and started dating about one year later. “Everything came together for the premiere of Big Brother 19, where we were in New York and we just clicked,” he told Entertainment Tonight in September 2017. “From then on, it was, I guess it was a love story, and now she’s my girlfriend.”

The couple announced they were expecting their first child together in January, a few months after Nicole returned from her stint on Big Brother: All-Stars. The pair, who got married in March, welcomed their son Arrow on July 23.

“Every day he looks a little different,” the new mom told Us Weekly a week after she welcomed her first child, who “has some of my facial features for sure,” she said. “But every day I see a little bit more and more of Victor in him.”