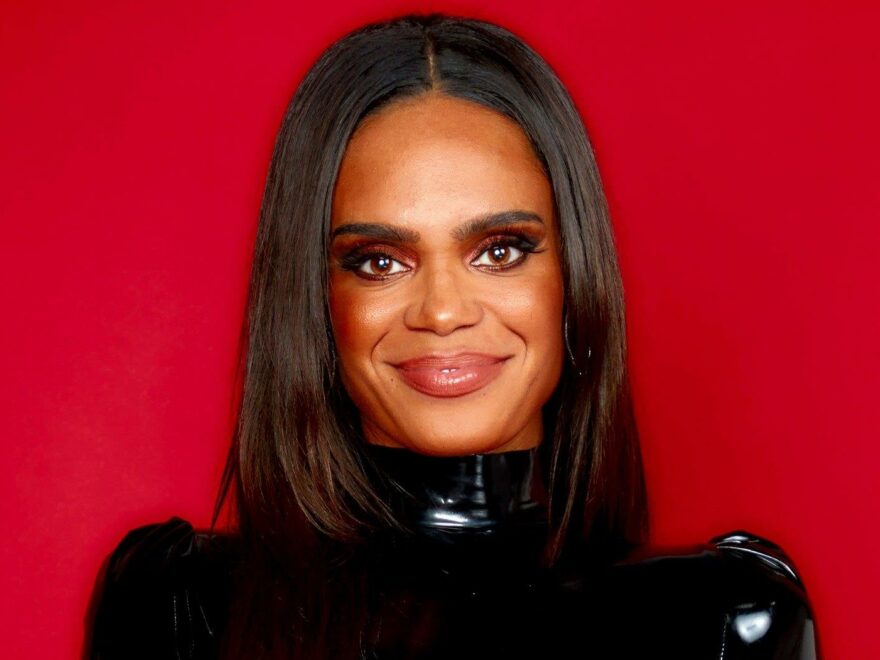 Not here for the speculation. Michelle Young clapped back after she was surreptitiously filmed without her engagement ring, leading many fans to think there was trouble in paradise for her and Nayte Olukoya.

“OK, I typically don’t come on here and address these types of things, but because I received SO many messages about it … There is a video circulating of me on a rooftop this weekend and I’m not wearing my engagement ring,” the former Bachelorette, 28, said via a series of selfie videos she posted to her Instagram Story on Monday, May 30. “To the person who is paying close enough attention to catch that moment, you also have to be paying close enough attention to see one of my good friends briefly remove my engagement ring to try it on and then place it back on my finger.”

The couple, who met on season 18 of The Bachelorette, have been engaged ever since Olukoya, 27, popped the question to the reality star in the December 2021 finale.

“Just a friendly reminder that Nayte and I, we are human beings, not a zoo exhibit,” she added on her Story. “Not to mention, videoing somebody without them knowing is creepy! It’s not cool!”

This isn’t the first time the pair sparked split speculation. In February, Olukoya told Us Weekly exclusively that he and the fifth-grade teacher are “definitely feeling it all out” in terms of where to live and when to get married.

“We like to make sure that we’re always making very calculated decisions, we’re always looking at all of our options,” the Texas resident, who had previously been making plans to move to Young’s home state of Minnesota, said, adding, “Yeah, it’ll happen.”

They “didn’t put a timeline” on their wedding date, Olukoya explained to Us at the time. Young agreed, noted, “We were really talking about the [summer] season, but what I can say is we both have so many friends and family members and just people that we would want to be part of that day, so a pandemic wedding is not something that we’re really looking at.”

While the couple continue to live in separate states, “If we’re not hanging out, we’re texting [or] FaceTiming. We do a lot of movie nights like over FaceTime or Zoom,” Young told Us last month. “We’ve been making it work. But, he’s been in Minnesota for a little bit now, so it’s been nice.”