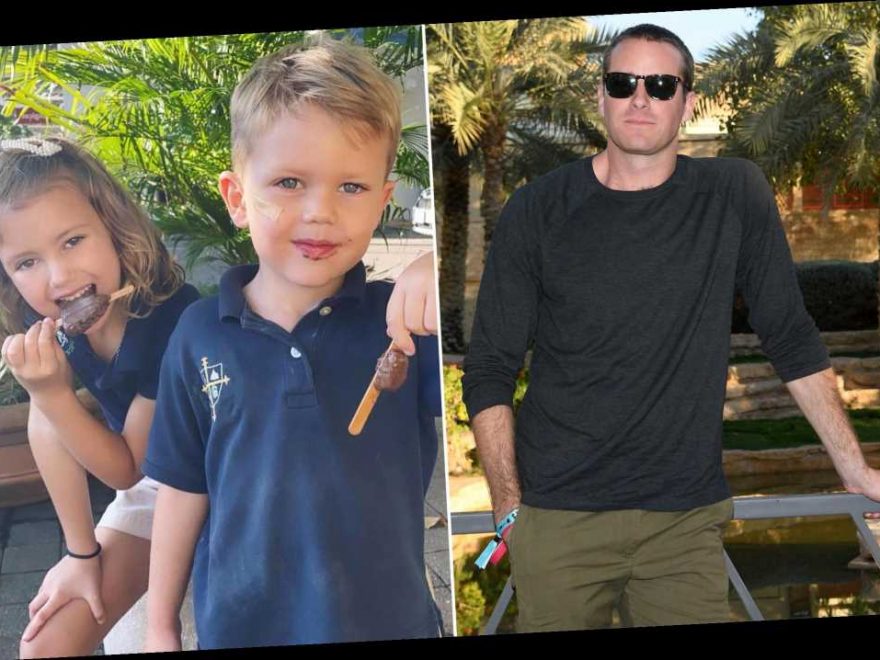 Armie Hammer finally reunited with his children in the Cayman Islands after being away from them for months.

Hammer, 34, shared a photo of him with his family on the beach after finishing the country’s mandatory 14-day quarantine. The “Rebecca” star noted he was with his kids, Harper Grace and Ford Armand, but left them out of the photo intentionally.

“Free at last! (With my kids but as a New Years resolution I will not be posting pictures of my children for their safety and for their well-being),” he captioned the photo.

Earlier, Hammer posted a photo of himself getting a COVID-19 test.

“Last one of these for awhile!!” he wrote over the photo.

Hammer’s estranged wife, Elizabeth Chambers, has remained in the Cayman Islands since the pandemic began so their kids could continue an in-person education. They’re enrolled in the same school Hammer attended as a child.

In October, the “Call Me By Your Name” star requested joint custody of the kids in his ongoing divorce from Chambers, 38, and requested they return to the US. In the filing, Hammer claimed Chambers agreed to return to the US on the first flight in October but failed to arrive.

Chambers’ attorneys, however, pointed out that Hammer referred to the US as a “raging dumpster fire” in an interview with British GQ, so they recommended Chambers and the children remain in the Caymans where they’re living “normal” lives.

Hammer filed for divorce from Chambers in July.