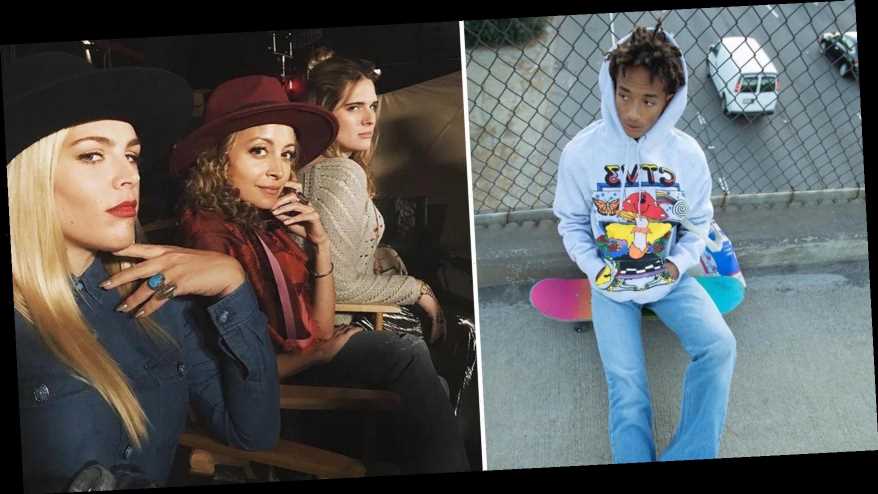 When you’re lucky enough to be the child of a celebrity and, therefore, able to sell your baby photos for hundreds of thousands of dollars, you’re pretty much set for life from day one. There’s no need to worry about how you’re going to pay the bills and there’s probably not much of a need for anything like a boring desk job.

But these celebrity off-spring weren’t going to settle for living off their parents’ fame and fortune. They made sure to step out of their parents’ shadows and create a name for themselves. And they have some pretty impressive careers to show for it.

Kate Hudson’s mother, Goldie Hawn, is considered Hollywood royalty. Kate broke out as an actress herself in Almost Famous and even earned herself a Best Supporting Actress Oscar Nomination for the film. Ever since, she has stolen our hearts over and over again in romantic comedy after romantic comedy and, most recently, was nominated for a Golden Globe for Sia’s film Music. Not only does she have tons of screen credits under her belt, but she is also the co-founder of the popular athleisure brand Fabletics and is the founder  of craft booze company King St. Vodka. She also just launched INBLOOM, a line of beauty supplement powders, hosts a popular podcast with her brother Oliver Hudson and is a brand ambassador for WW (formerly known as Weight Watchers). All that certainly helps contribute to her estimated net worth of $80 million.

We first became familiar with Nicole Richie, daughter of music legend Lionel Richie, through the reality television series The Simple Life, where she was known as Paris Hilton’s childhood friend and fellow socialite. But she quickly broke out of Paris’ shadow and carved out a solo career. Following The Simple Life, she continued working in television: she was a judge on the reality competition series Fashion Star, starred in the unscripted comedy series Candidly Nicole, was a series regular on the NBC sitcom Great News and was a judge on the reality competition series Making the Cut. She also founded a lifestyle brand, House of Harlow, for which she won “Entrepreneur of the Year” at the Glamour Women of the Year Awards in 2010. Business Insider had previously estimated that the company was worth $2 million in 2012. Additionally, she has published two novels and had her own semi-self-titled show on Quibi, Nikki Fre$h, which featured her hip-hop persona of the same name.

RELATED: 10 Celebrity Kids Who Are Going To Outshine Their Parents (And 10 Who Already Have)

She’s a former ballerina and model turned actress AND she’s the daughter of actress Andie MacDowell and model and musician Paul Qualley. Although Margaret has been appearing in movies since 2013, her 2019 role as actress and dancer Ann Reinking in the FX miniseries Fosse/Verdon is what really garnered audience attention. She received a Primetime Emmy Award for Outstanding Supporting Actress in a Limited Series or Movie as well as a Critics’ Choice Television Award for Best Supporting Actress in a Movie/Miniseries for the role. She then went on to appear in Quentin Tarantino’s Once Upon a Time in Hollywood and has had a busy filming schedule ever since.

With not just one famous parent, but two (Will Smith and Jada Pinkett Smith), Jaden, although only twenty-two, is a multi-hyphenate. His acting career started in 2006 with a role alongside his real-life dad in The Pursuit of Happyness and he’s since gone on to act in multiple movies and television shows. He also has an impressive music career – he’s collaborated with Justin Bieber and has released three albums of his own. Additionally, he created a denim clothing line with fashion brand G-Star and has been a partner in spring water company Just Water, which is attempting to create an affordable water filtration system, since he was just twelve years-old. He may be young, but he already has a net worth of $8 million.

Their dad, David Foster, has 16 Grammy Awards. Erin and Sara Foster have a production deal with 20th Century Fox TV, a hot new clothing line called Favorite Daughter, and are investors in some big name companies such as Bumble, Mirror and Bev. From 2015-2016 they even had their own TV show on VH1, Barely Famous, which they created, starred in and executive produced.

Not only does she look like her supermodel mom Cindy Crawford, but Kaia Gerber is also following her mother’s career path. Kaia is an in demand model who made her runway debut at just sixteen years-old. She has since walked in fashion shows for Marc Jacobs, Burberry, Valentino, Chanel and Michael Kors. She has also been on the cover of numerous fashion magazines, including Teen Vogue, Pop Magazine and Vogue and, despite her busy modeling schedule, she found time to create her own clothing collection, KarlxKaia, alongside Karl Lagerfeld.

O’Shea Jackson Jr. is the eldest son of rapper Ice Cube. He made his feature film debut portraying his famous father in Straight Outta Compton in 2015. He’s made numerous  movies since, including Ingrid Goes West with Aubrey Plaza, Den of Thieves with 50 Cent, Long Shot with Seth Rogan and Charlize Theron and Just Mercy with Brie Larson, Michael B. Jordan and Jamie Foxx. He is also a musician and is featured in two songs on his father’s album I Am the West.

Rashida Jones, daughter of Quincy Jones, record producer, songwriter, composer and film and television producer who has 80 Grammy Award nominations, and The Mod Squad actress Peggy Lipton, has made a name for herself in Hollywood. Her television career includes Boston Public, The Office, Parks and Recreation, Angie Tribeca and, most recently, #blackAF. She has also appeared in numerous movies including I Love You, Man, The Social Network, Celeste and Jesse Forever, which she also co-wrote, and Sophia Coppola’s On the Rocks. In addition to a solid acting career, Rashida is also a director (she directed Quincy, a documentary about her father that won the Grammy Award for Best Music Film in 2019) and she currently co-hosts a podcast with Bill Gates.

READ NEXT: 11 Celebrities Who Have Boosted The Value of the Cryptocurrency Dogecoin