Consumer saving up to $1.3T during coronavirus pandemic: Wealth adviser

Courtney Dominguez on her outlook for the markets

More Americans feel their finances are in a better place this year than they did at the start of the pandemic, a new Gallup survey reveals.

As of April 2021, 57% of Americans would say they consider their finances to be "excellent or good," according to the analytics firm’s findings.

The last time Americans were this optimistic about their finances was in 2019, which has 56% of U.S. adults saying they were in the green. Another close second was 2007 with 55% of Americans saying the same, according to Gallup’s data – which dates back to 2003.

SAVING FOR RETIREMENT IS GETTING HARDER. HERE'S WHAT TO DO ABOUT IT.

If these findings are correct, then currently Americans are the most optimistic they’ve ever been about their personal finances in the last 18 years.

Similarly, 52% of the survey’s respondents reported they’ve seen improvement in their financial situations this year. At the start of the pandemic, only 35% of Americans said they had seen improvements with money.

Gallup’s survey comes at a time when the U.S. is getting closer to being fully reopened with more than 235 million coronavirus vaccines administered, according to data from the CDC and U.S. Census. Approximately 98 million Americans are fully vaccinated.

Earlier in the month, the CDC reported that 1 in 4 American adults were fully vaccinated, which equated to roughly 64.2 million people who are age 18 or older.

1 IN 4 US ADULTS FULLY VACCINATED AGAINST COVID-19, CDC DATA SHOWS

While finances for more than half of American adults are in better shape than last year, there are some groups that don’t feel the same way.

According to Gallup, 25% of its respondents indicated that they felt negatively about their financial situations. Twenty-eight percent reported having money sentiments that were a mix of good and bad.

Gallup’s survey noted that young adults and people who are a part of the American middle class were two demographics that had pessimistic views about their current and future finances.

ENROLLING IN A HIGH-YIELD SAVINGS ACCOUNT: A STEP-BY-STEP GUIDE 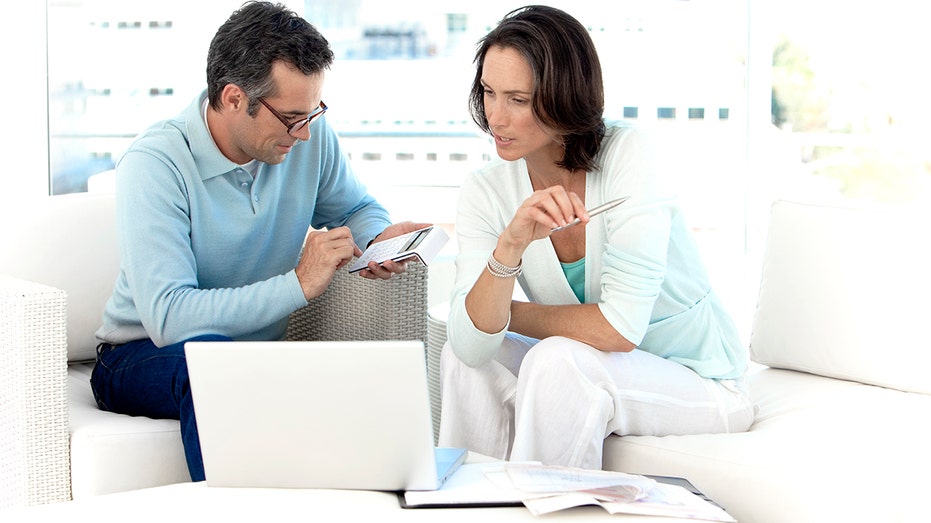 As of April 2021, 57% of Americans would say they consider their finances to be “excellent or good,” according to a new Gallup survey. (iStock)