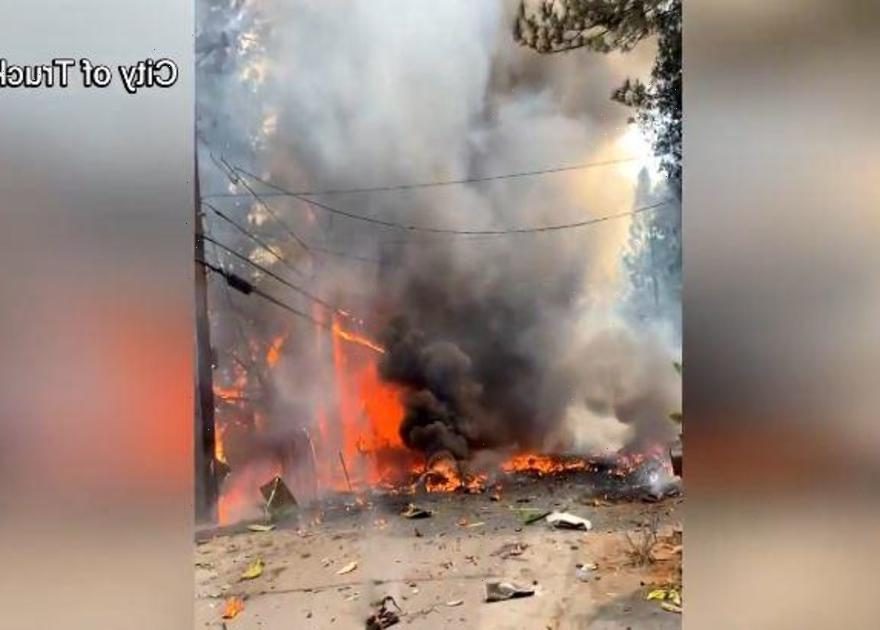 A total of four people were killed in a small jet plane crash in Truckee, a small town about 100 miles northeast of Sacramento, officials said. There were two crew members and two passengers on board the Bombardier CL-600-2B16 Challenger 605 at the time of the crash Monday, CBS Sacramento reported.

No one on the ground was injured, authorities said.

The plane was making its approach to the Truckee-Tahoe Airport when it crashed into a heavily-treed area near Reynolds Way. The plane had departed from Coeur d’Alene Airport in Idaho, per the FAA.

The crash sparked a wildland fire that was quickly contained.

Video from a nearby surveillance camera captured the moment the plane went down.

The cause of the crash is under investigation by the FAA and NTSB.