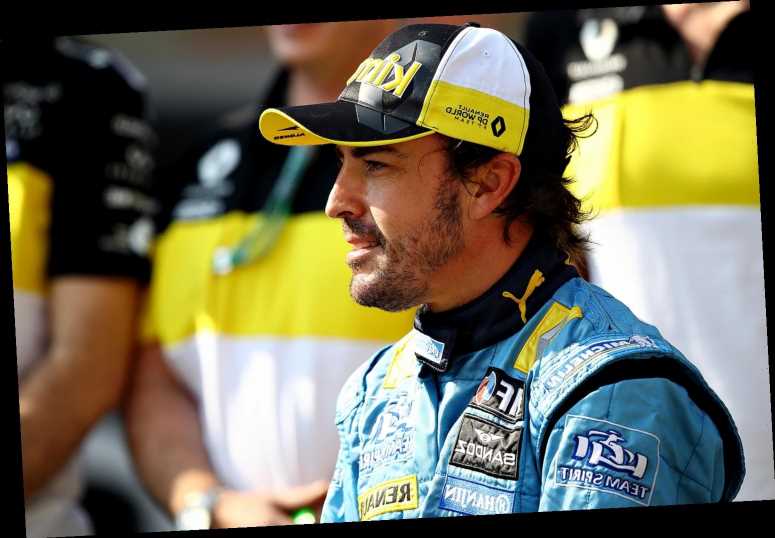 Fernando Alonso, a popular Formula 1 driver, has been involved in a "road accident" in Switzerland, his racing team announced Thursday.

The 39-year-old, who races for Alpine F1, is "conscious and well" after he was involved in a crash while cycling.

A translation of an article from the Italian outlet Gazzetta said Alonso was hospitalized after being hit by a car while on his bicycle, which may have left him with a fractured jaw and damaged teeth.

"Alpine F1 team can confirm that Fernando Alonso has been involved in a road accident while cycling in Switzerland," the team said in a statement to social media.

"Fernando is conscious and well in himself and is awaiting further medical examinations tomorrow morning," they added. "Further update will be given tomorrow."

The F1 season is scheduled to start in March, and depending on Alonso's recovery timetable, Alpine may have to fill his seat with a reserve driver — who has yet to be named, Autosport points out. Barring his health, Alonso is set to make his return to F1 this year after spending time racing for other organizations over the last two years. He previously raced for McLaren, according to Road and Track.

During his break, Alonso raced sportscars, IndyCar and the Dakar Rally, and announced he would come back to F1 last summer, MotorSport noted. This season marks 20 years since he made his F1 debut in 2001.

He previously won two championships with Renault, which was recently rebranded as Alpine. Over his two-decade-long career, Alonso earned 32 Grand Prix victories and 97 podium appearances as a driver for Renault, McLaren and Ferrari, AutoSport reported.

In January 2020, Alonso escaped uninjured when he rolled his car while driving through stage 10 of the Dakar Rally.

His bicycling accident comes just two months after another F1 driver, Romain Grosjean, survived his own crash at the start of the Bahrain Grand Prix.

Grosjean was going 137 miles per hour when he veered off track and slammed into a guardrail. His car split in half and exploded into flames while he was still inside the vehicle. Grosjean survived the incident but suffered burns to his hands.

The 34-year-old driver then announced he would leave F1 for IndyCar for the 2021 season.