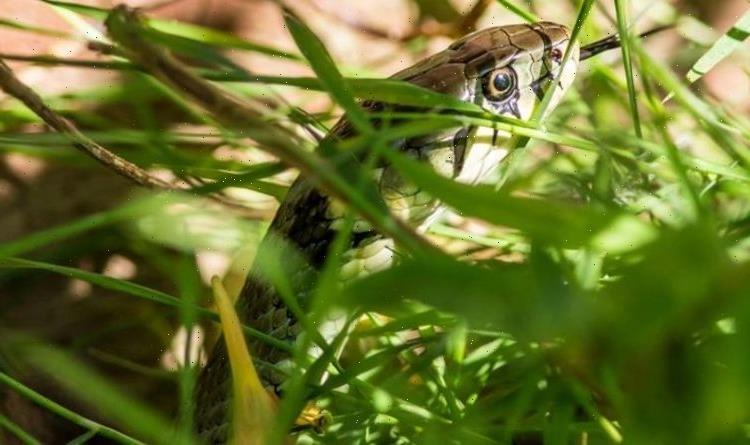 Snakes are terrifying to many people, but the species found in the wild in the UK are rarely a cause for concern. There are very few dangerous animals living in and around Britain. The last adder fatality occurred in 1975 when a five-year-old was bitten on the ankle in Scotland. But what exactly should you do if you find a snake in your garden?

There are three species of snake native to the UK – grass snake, adder and smooth snake.

Depending on where you live, this will impact how often and what species of snake you are more likely to see.

The grass snake is widespread in England and Wales in gardens, while the adder is widespread, but declining across Britain.

The adder is the only venomous snake species in the UK.

The smooth snake is localised to southern England heaths.

In addition to these wild snakes, sometimes you may find pet snakes which have escaped their homes. 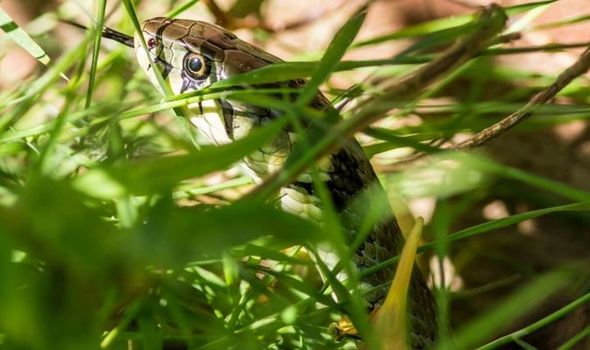 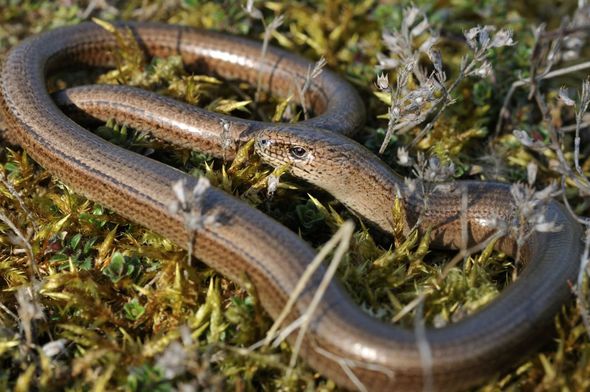 How to identify each snake

Grass snakes are typically green in colour, but this can vary.

They tend to have a yellow and black collar, pale belly and dark markings down the sides.

These are the longest snakes native to Britain – able to grow up to 60 inches long.

Usually, grass snakes are spotted in wetland and grassland areas, but they can be spotted in gardens as well.

Grass snakes are often attracted to compost heaps where they lay their eggs. 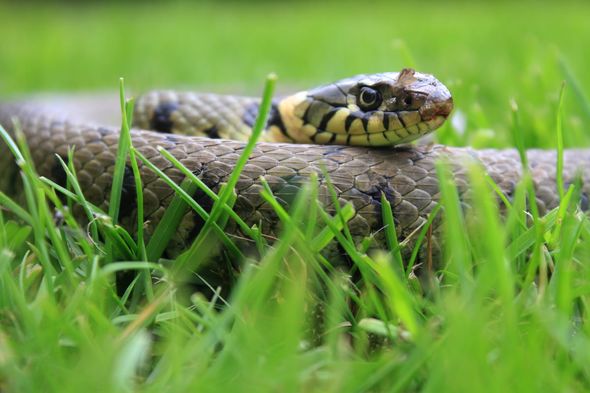 Adders are greyish in colour and have dark and very distinct zig-zag patterns down their backs.

These snake species have red eyes and males tend to be more silvery-grey in colour.

Female adders are lighter in colour or reddish-brown.

Adders are between 23 and 31 inches – they tend to be spotted in woodland, heathland and moorland areas. 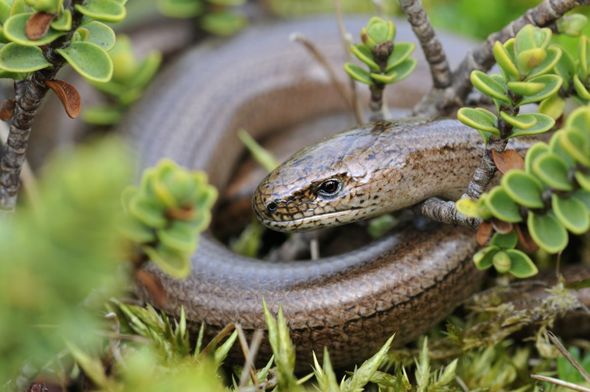 Smooth snakes are often similar in appearance to adders.

However, they are distinguishable by their slender body, round pupils and less well-formed dark pattern on their back.

Typically the snakes are usually grey or dark brown in colour.

Smooth snakes are around 23 to 27 inches in length and they are found at a few heathland sites in the UK. 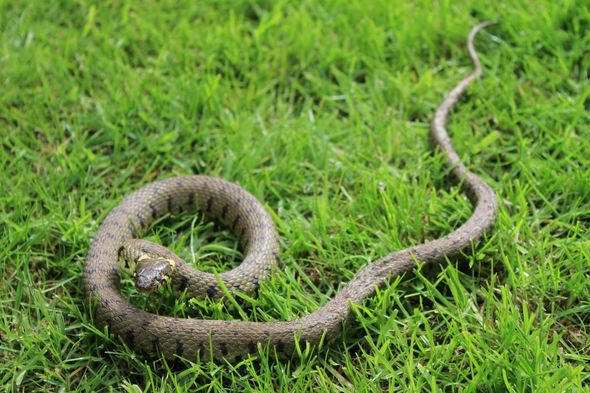 What should you do if you find a snake in your garden?

If you find a snake in your garden, you should leave it undisturbed where possible.

There is no need to interfere with the snake unless it appears to be injured or wounded.

If the latter is the case, you should contact the RSPCA or other animal authority.

If the snake does not appear to be one of the above species you should contact a relevant animal authority such as the RSPCA.

These creatures are actually legless lizards and tend to be much smaller than snakes.

They have smoother, golden-grey skin and the head is a similar width to the body.

Slow worms seem to flow seamlessly into it, whereas our snakes have a slightly broader head that looks more distinct from the body.

They have eyelids and can be seen blinking whereas snakes do not.